Washington: Raymond Arroyo was fed up. As Prince Harry continued his media blitz this week to promote his tell-all memoir, the American author took to his weekly TV segment with Fox News presenter Laura Ingraham to lament the fact there was no escaping the Duke of Sussex.

“Laura, he’s in everything!” Arroyo cried, as a strap line appeared on the bottom of the TV screen that read: Prince Harry Peddles His Story of Woe. 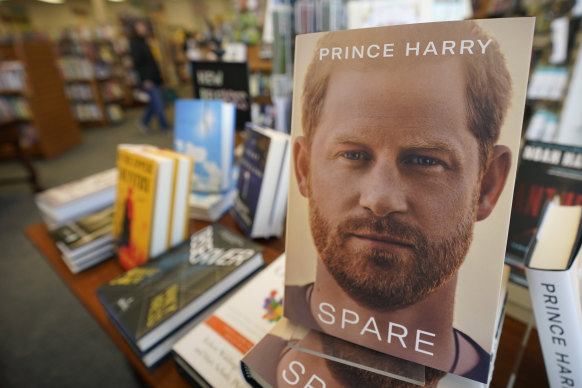 Copies of the new book by Prince Harry called “Spare” are displayed at Sherman’s book store in Freeport, Maine, US.Credit:AP

“The problem is, there are only so many ways to claim victim status and trash your family. Whether you’re sitting opposite [US journalists] Michael Strahan or Anderson Cooper, it’s the same routine.”

It’s been two years since Harry and his wife Meghan Markle embarked on their campaign to speak out against the royal family, beginning with the infamous Oprah Winfrey interview and its explosive revelations about the “concerns and conversations” over the colour of their son’s skin.

Since then, they have personified their own paradox – renouncing fame in a bid to get it – with everything from a Spotify podcast on the history of gender stereotypes, to a six-part Netflix series Harry & Meghan documenting the couple’s courtship and endless privacy battles with the London tabloids.

While there’s no doubt the couple has a more sympathetic audience in America, particularly among those who view them through the prism of race relations and anti-establishment fervour, you can’t help wondering if the tide is turning.

Last week, for instance, comedian Jimmy Kimmel used his TV show to stage a skit of the fight over Meghan that allegedly took place between Harry and his brother William, the future king, in the kitchen of Harry’s former UK residence. The bizarre re-enactment, dubbed “Two Princes”, featured two actors dressed in purple as the late musician, Prince, having a fight in a kitchen. 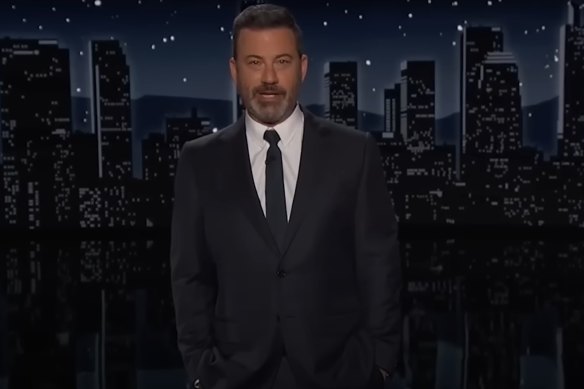 Another skit makes fun of King Charles’ teddy bear and implies the toy makes Harry jealous, while a third makes hay of an anecdote in the book about Harry’s penis.

Former View talk show host Meghan McCain, the daughter of late Republican moderate John McCain, has also been outspoken about the couple’s scorched-earth tactics, and like many other celebrities, has turned to social media to vent about it.

Indeed, by the time Harry’s jaw-dropping book, Spare, hit international shelves this week, the 38-year-old prince had branded his stepmother Camilla “dangerous” in a 60 Minutes interview with Anderson Cooper; he’d re-litigated the feud between Meghan (still known here as Markle) and William’s wife Catherine in a Good Morning America stint with Michael Strahan; and he’d even shared shots of tequila in an extended Late Show segment with comedian Stephen Colbert.

Which begs the question: is it all too much?

Professor Pallavi Kumar from American University’s School of Communication says that while there’s no doubt Harry and Meghan garner more sympathy in the US than they do in Britain, “there is something to be said for over saturation – and we are quickly reaching that point”. 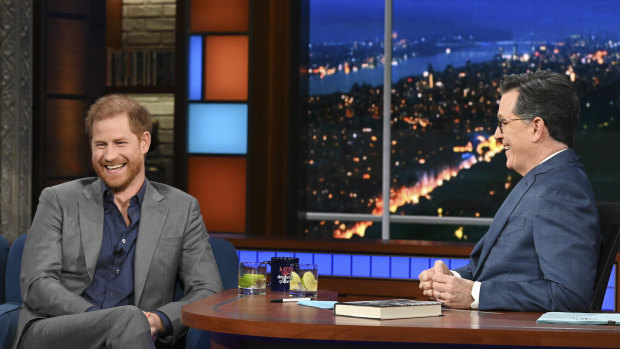 “Even just as a consumer of news, everything in my feed is about Prince Harry right now, and I worry about that for them, in terms of their long-term prospects,” says Kumar, an expert in public relations.

“Right now, the public is hungry for them because we don’t get an unprecedented look at what happens inside ‘The Firm’ and they’re owning the story. But I can’t imagine that the public appetite for this couple will continue if, at some point, it’s just about them milking the system and making money off their name.”

Some might argue they already are. On the streets of Washington DC, The Age and The Sydney Morning Herald took a snap straw poll asking residents what they thought of the duke and duchess.

“They’re a broken record,” said one woman, from south-west Washington.

It was a common sentiment in a city that is never short of news, from the chaos of the US Congress, to the ongoing spectre of Donald Trump and his campaign to return to the White House.

For now, however, the demand for Harry’s controversial book suggests the broader public has not yet tired of hearing his story. According to Penguin Random House, first day sales for the memoir topped 1.4 million copies in all formats across the US, Canada and Britain, exceeding some of the publisher’s greatest hits, including blockbusters by Barack and Michelle Obama.

To a large extent, this is unsurprising: sales hype for Spare has been building for months, particularly in the days before publication when the book’s contents started becoming public due to a series of leaks, early unplanned sales in Spain and Harry’s high-profile interviews.

The question, however, is how long it might last. Michelle Obama’s Becoming took a week when it was released in 2018 to clock up 1.4 million sales. But the former first lady has since sold more than 15 million copies worldwide, with the book holding up over time, in part, because of highly favourable reviews.

For all of Spare’s titillation – Harry’s frostbitten penis; his psychedelic drug use; his military killings – the verdict so far is mixed.

“If they do extraordinary charity work, if they make a true impact, or if they make an award-winning film through their Netflix deal, that would be great,” she says. “Right now, it’s very much an airing of grievances. There’s an appetite for that at this particular juncture, but it will not continue.”