Pieter van der Westhuizen, 51,an ex-cop, was among the congregation when he pulled out his own firearm and shot at three heavily armed raiders. 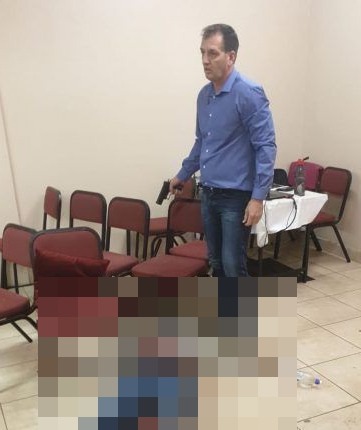 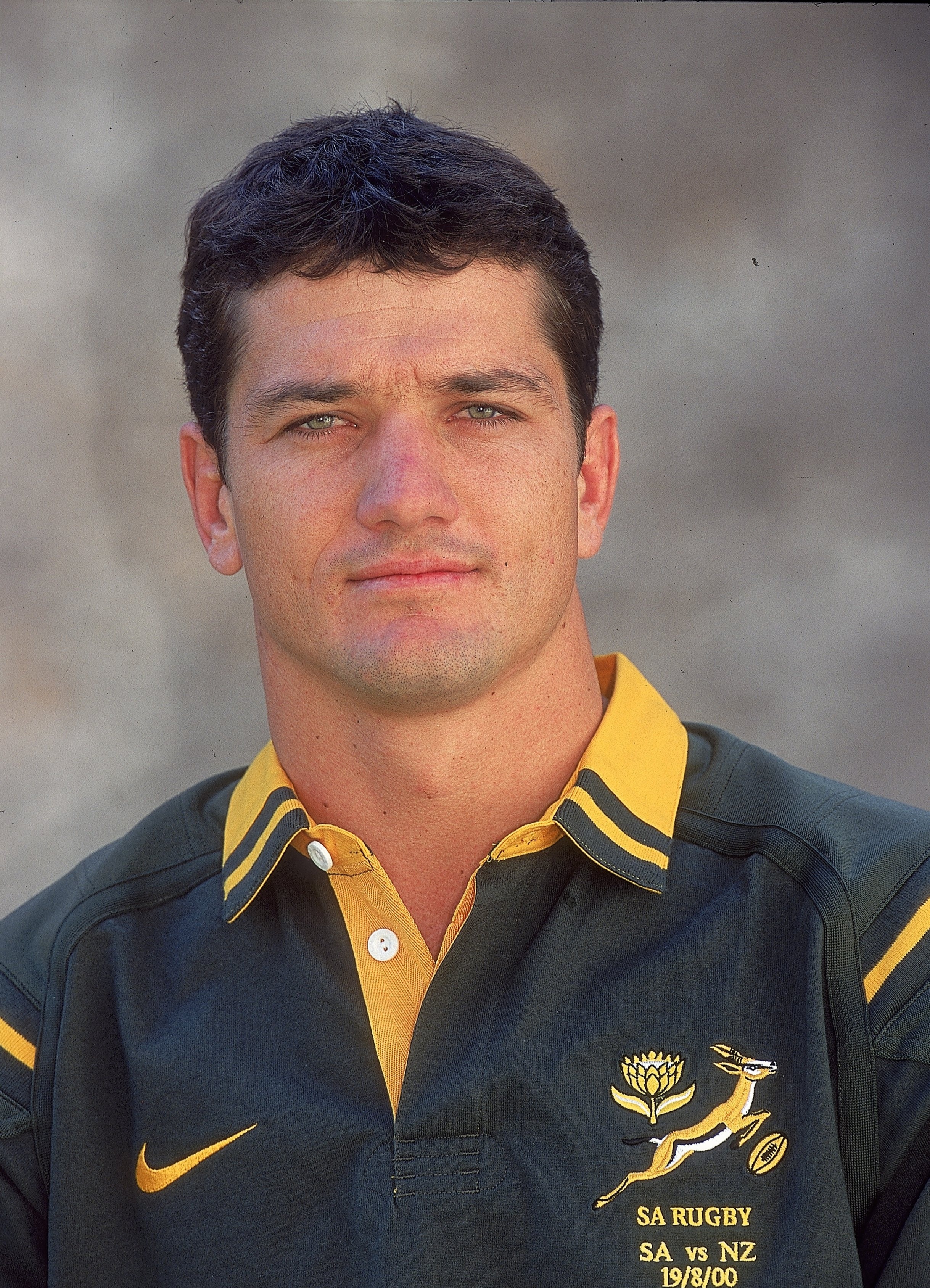 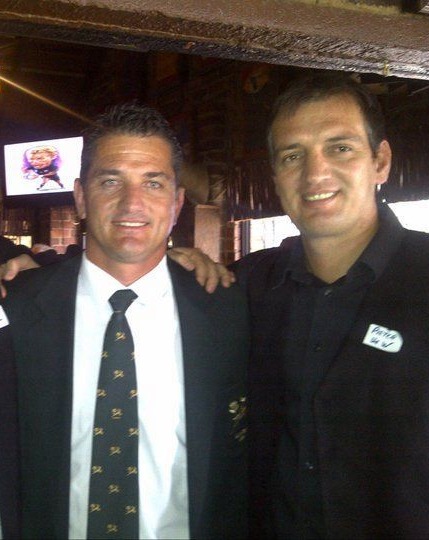 Pastor Kobus Erasmus said the church had just finished singing the last hymn when the gunmen stormed the service in Centurion, South Africa.

He said he was "shocked beyond words" by the incident as they held him and congregation at gunpoint.

One of the robbers then pistol whipped him, held a gun to his head and shots were fired, only for former policeman Pieter to snap into action.

At least 19 shots were fired in the incident, with two shots from Pieter killing two of the armed robbers at Querencia Ministries Church.

The third crook escaped out the door into a waiting getaway car with another accomplice, but he is believed to have also been shot.

Police are now checking regional hospitals for anyone who may have come in suffering a bullet wound.

Pieter's younger brother Joost was a Springbok legend who lifted the Rugby World Cup in 1995 in front of Nelson Mandela.

"They came with loaded firearms and one of the gunmen hit me with the front of the gun on the head gangster style and told me to lie down but I can’t I have a broken hip," said Pastor Kobus.

“He took my cell phone and jewelry and cell phones from the congregation and then there were shots and Pieter retaliated and the two guys with the guns fell down."

One member of the congregation, a 15-year-old, was injured when a bullet grazed his dead. 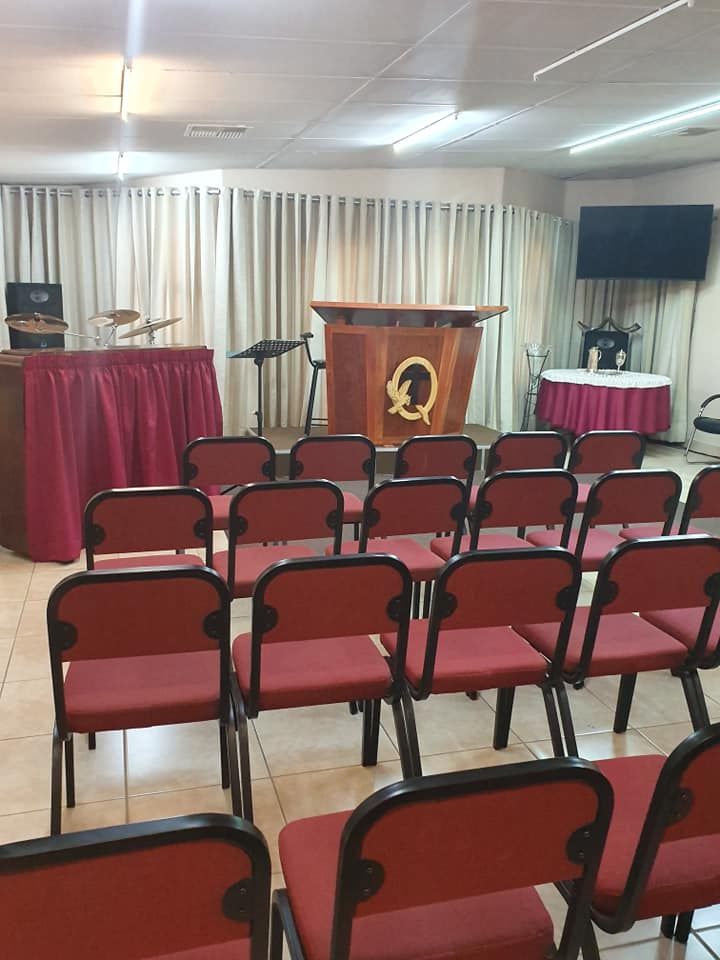 Photographs of Pieter have emerged on social media showing him standing on the wrist of a dead gunman whose shirt is heavily soaked with blood from a stomach wound.

And the gunman who held Pastor Erasmus hostage is seen slumped dead in the church with a bullet wound high in his back.

One churchgoer said: "There was just like 'bang, bang, bang' and two of them went down and the last one who was guarding the front door ran for it and there was so much screaming.

“The man who did the shooting checked them both and said we were safe but he kept his eyes on the front door and the gun in his hand in case anyone came back again."

Police were then called as the pastor urged his flock not to look at the bodies of the dead men.

Pieter van der Westhuizen’s attorney Ulrich Roux said that his client acted in self defenceand was carrying a legal firearm. 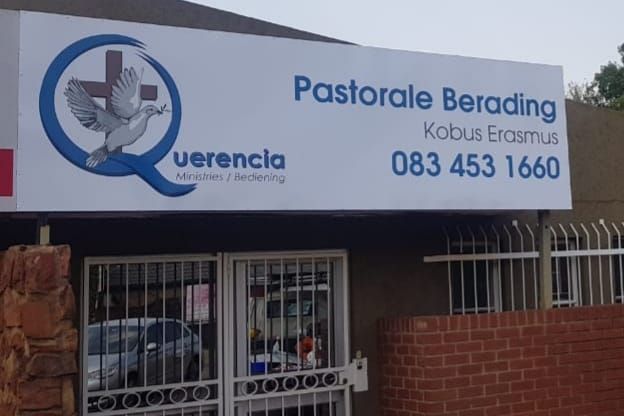 Mr Roux said: "My client was absolutely acting in self-defence not only for himself but also for the other congregants in the church and the pastor who was under threat.

“Of course a very traumatic thing happened and fortunately no innocent people were harmed but there is a police investigation so I cannot say too much about it.

“Shots were fired first by the robbers and he did what was very necessary to ensure everyone’s safety.

"One had put a loaded gun to the church Pastor’s head."

Pieter received praise for his quick thinking, with one Facebook fan saying "Joost made South Africa proud and now his brother has done the same thing".

He added: "God bless that man for keeping everyone safe inside that place of worship." 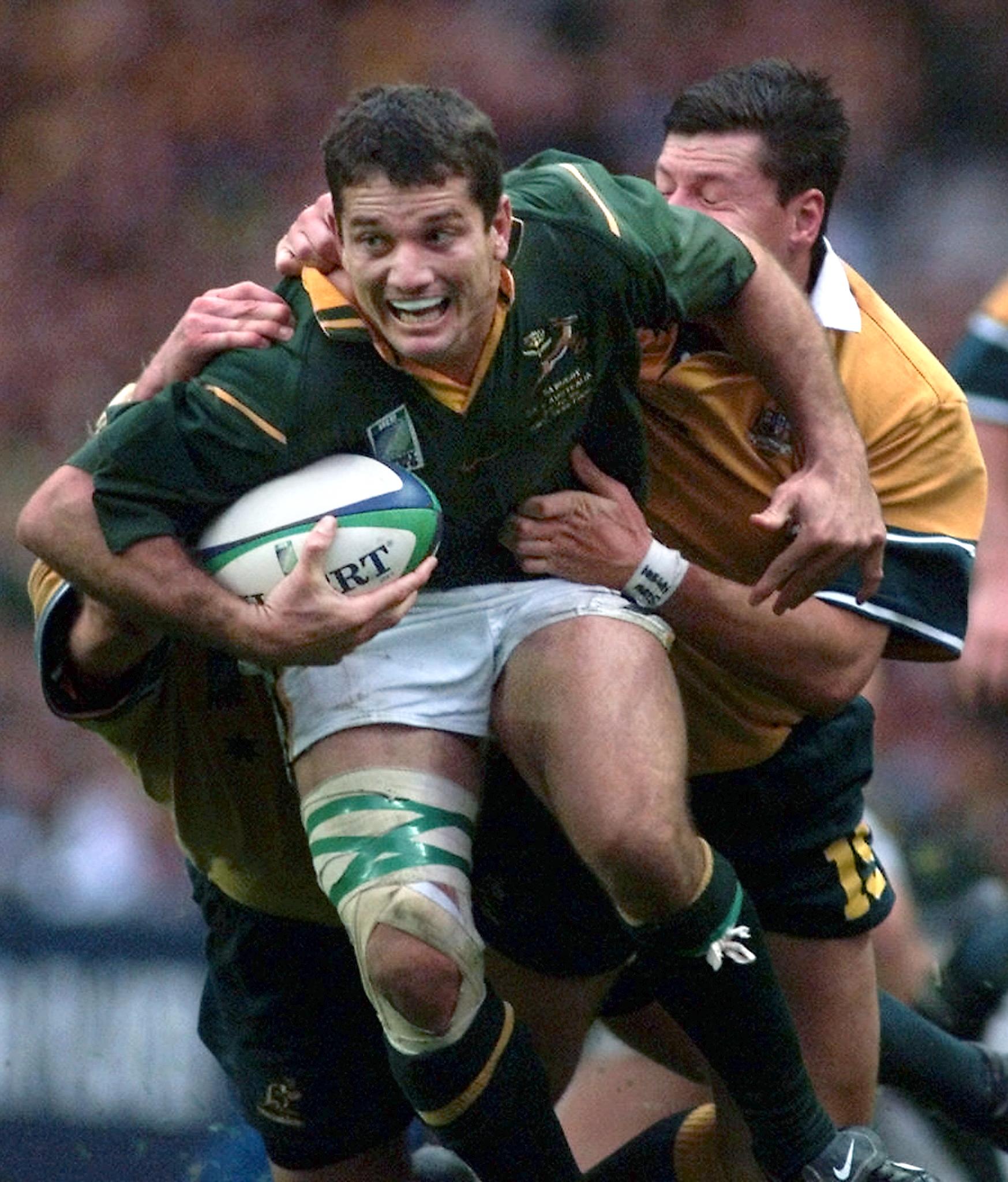 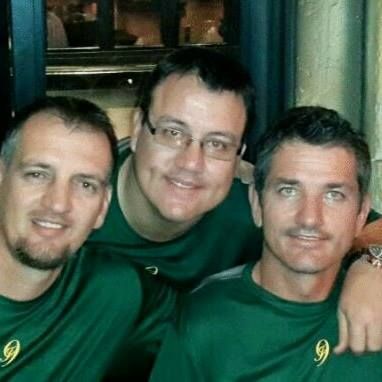 In 1995 he lifted the Rugby World Cup for South Africa which was the highlight of a glittering rugby career between 1993 and 2003 as one of the world’s best scrum halfs.

He captained the Springboks in the Rugby World Cup 2003 and won 89 caps for his country.

Tragically, in 2011 Joost was diagnosed with Motor Neurone Disease and was given five years to live and he died in 2017 – with Pieter acting as his brother's carer.

It is understood his brother Pieter served in the South African Police for 13 years was awarded the Silver Cross for bravery while saving other lives.

Police spokesman Brigadier Mathapelo Peters said: "Two of the three robbers who entered the church were killed and the third fled with the fourth in a getaway car.

“We have an active investigation into tracing the two who escaped."

Police confirmed that Pieter van de Westhuizen had not been charged with any offences and was helping them with their investigation into the deaths of the two robbers.