President Emmanuel Macron won the French presidential election in April with a slimmer margin against National Rally leader Marine Le Pen compared to their 2017 standoff. As eurosceptic allies of Ms Le Pen’s in the bloc have increasingly reached higher levels of support, experts are warning Ms Le Pen’s will have a real chance of winning in 2026 unless the EU addresses voters prone to support far-right parties.

Associate Research Fellow at the Henry Jackson Society, Dr Helena Ivanov, claimed Brussels should not ignore Ms Le Pen’s success until the next presidential election, urging the bloc to communicate with far-right voters.

She told Express.co.uk: “We need to start engaging, like, for instance, with France now.

“Macron won, but now is the time to address the people who voted for Le Pen. Now is the time to think about this. Not in three years time when we enter the election campaign, that that time is now.

“They have to pay attention to France. They literally should have started paying attention the day after elections.

“Be like ‘Thank God Macron won. So we have political stability and whatnot. However, we do have this substantial non-trivial amount of people in France who very clearly have completely different opinions as to where France should be heading’. 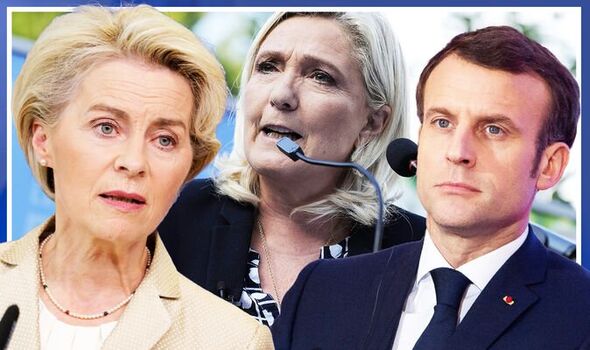 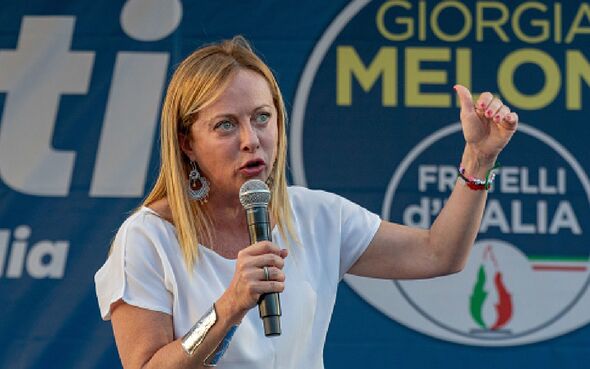 “Instead of just letting it be right now, and then in three years time addressing some of the concerns. No, these concerns need to be addressed right now. These people who voted Le Pen in the last election cycle, they need to be targeted now so that you can preemptively respond to a lot of things, address a lot of the issues these people might have.

“Because ultimately that will undermine Le Pen or whoever comes after her campaign when we see the next election cycle in France. Now is a time to respond to this.”

EuroIntelligence Director Wolfgang Munchau echoed concerns over the rise of far-right parties across the bloc, warning Italy’s newly elected prime minister Giorgia Meloni could be crucial to the results of the next French elections.

He wrote: “Don’t underestimate the Meloni effect: Giorgia Meloni, the leader of the Italian far-right, will become Italy’s next prime minister, and is likely to still be in power at the time of the next French presidential elections in 2026. Macron’s government is being worn down by serial crises.

“He is immobilised, with only a relative majority in the assembly. The cost of living crisis is also manna from heaven for Le Pen, and it gives her I-told-you-so narrative credibility. She will reap the benefits from past campaigns.”

In Paris, Emmanuel Macron’s government is increasingly growing worried about the surge of eurosceptic forces in the EU.

Speaking to France Inter radio, French Secretary of State for Europe Laurence Boone said Ms Meloni’s popularity is worrying, “because it reflects the disarray of voters who are turning away from the traditional parties and because the responses (of the far right) are unstable, on the euro, on Russia”.

Asked whether she was concerned over future relations between France and Italy should Ms Meloni become prime minister ahead of the elections, she replied: “So, we can have working relations.

“What I find worrying is the back and forth and the uncertainty it creates on issues as important as Russia and social rights.

“We have made a lot of progress on health, defence, climate, energy, social issues (…) and this is not going to slow down.

“But there are subjects on which it will be more difficult when we talk about immigration or societal issues, abortion.”

As in other European countries, the cost of living crisis in Italy has overshadowed other concerns such as immigration, crime and public services.

The conservative alliance has called for tax cuts across the board to help Italians cope with rising prices, while the PD wants tax reductions to be more targeted towards lower income groups.

Ms Meloni has repeatedly voiced her support for Western policy against Russia after it invaded in Ukraine. But League leader Matteo Salvini has called for the European Union to shield Italians from the economic side-effects of sanctions imposed on Russia over the invasion.

Ms Boone’s comments also came as elections in Sweden marked a watershed in Swedish politics with the anti-immigration Sweden Democrats, a party with roots in the white supremacist fringe, on the threshold of gaining influence over government policy this week.

The success of the party, which took over from Ulf Kristersson’s Moderates as the country’s second biggest, has raised fears that Sweden’s tolerant and inclusive politics are a thing of the past.