Back off! Moment fearless buffalo goes head-to-head with a huge bull rhino and forces it to retreat

This is the incredible moment a ‘fearless’ buffalo stood up to a huge bull rhino in a bid to protect its herd – despite multiple headbutts and charges from its opponent.

Wayne Howarth, 31, was leading a tour group through Kariega Game Reserve in South Africa when he came across the two highly-charged giants going head-to-head on September 23.

Footage shows the 700kg cape buffalo charge at the white rhino, which weighs almost 2.5 tons, before its front feet are lifted clear off the ground.

As the rhino continues to push the buffalo, sand begins to fly into the air and one member of the tour group says: ‘The buffalo is not giving up.’ 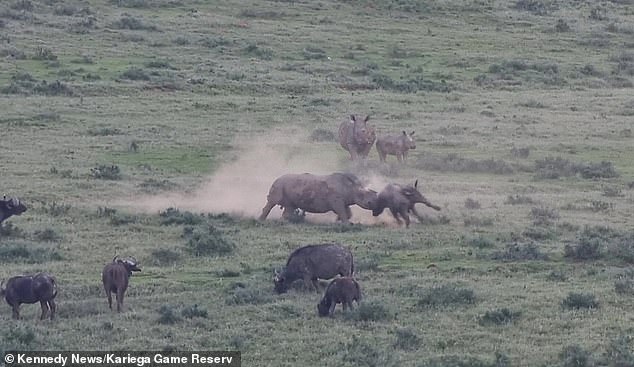 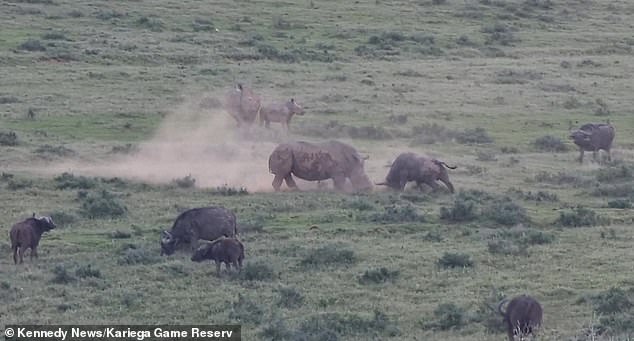 The two creatures continue to charge at each other as the herd of buffaloes surrounding the two animals slowly approach.

After a few minutes of aggressive battle, the rhino appears to recognise that the buffalo will not back down.

It then retreats from the scene as one member of the tour says: ‘The rhino’s seeing all these other buffaloes coming and thinking twice about it. He’s backing off now.

‘I mean he 100 per cent had the upper hand. That buffalo went flying up in the air.

‘The rhino’s really backing off. Maybe he’s going to find somebody a bit smaller?’

Mr Howarth said: ‘We think the fight began over a female rhino leading the rhino bull past the buffalo herd.

‘One of the buffalo bulls headed too close to the female rhino and her baby and this sparked the battle.

‘The rhino bull will have weighed around 2.5 tons and I think this buffalo was around 700kg, so it was a bit of a mismatch. 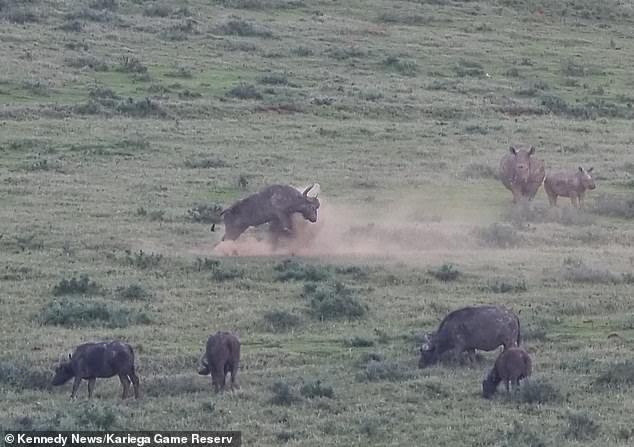 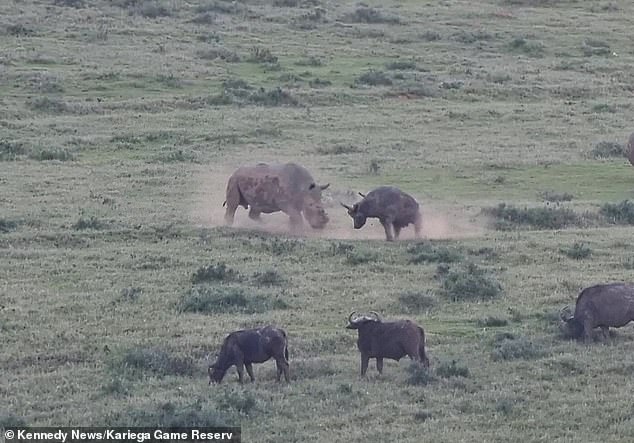 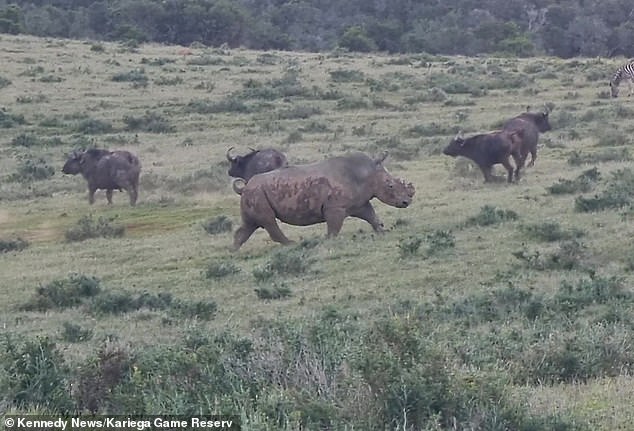 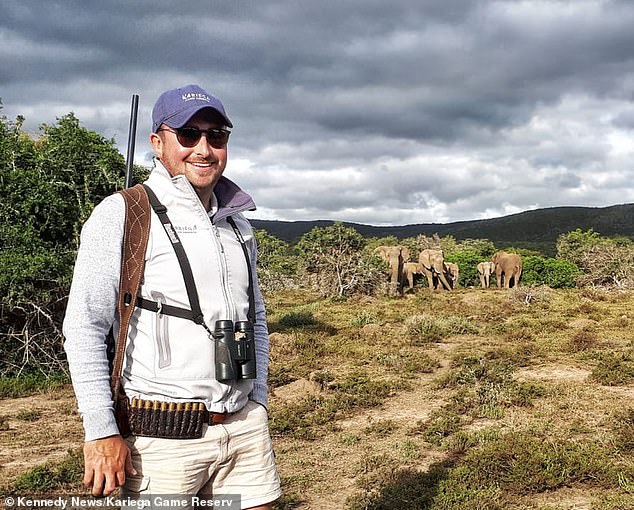 ‘In my 11 years of being a guide at Kariega I’ve personally never seen this happen before. It was incredible to see two of Africa’s big five fighting and showing off such power.

‘My guests were absolutely blown away. The fight carried on for almost four minutes but neither of the animals were badly injured. ‘I’m not sure why the rhino backed off, especially due to its size advantage.

‘The sheer number of buffalo in the background could have been intimidating for it.

‘One thing that crossed my mind was possibly the other members of the herd could have moved in to help and assist the male in the fight.’

Mr Howarth later shared the footage on social media where it has accumulated more than 15,000 views.

One user wrote: ‘Fair play to the buffalo.’

While another view said: ‘Looks like they are trying to settle an old score.’

Another person commented: ‘Like a school playground. Someone shouts fight and they (buffaloes) all run in to watch.’

The scenes come just months after safari tour guide Braden Colling, 24, who also works at the Kariega Game Reserve, witnessed an epic battle between a rhino and  buffalo.

Incredible footage showed the buffalo break off from its herd to confront the much larger animal when it was thrown up into the air and slammed down.

Badly defeated, the buffalo then ran back to the safety of the herd. 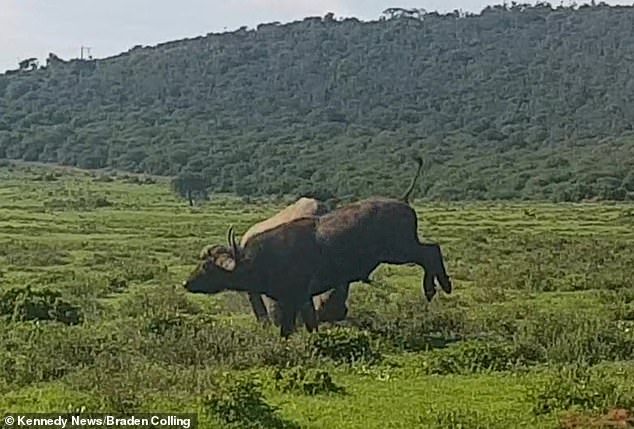 The rhino sends the buffalo flying after the pair squared off in Kariega Game Reserve, South Africa, in September