It’s crawl over! Bungling burglar is caught on CCTV ducking past window before being confronted by homeowner as he tries to raid house for second time in 10 days

A burglar caught on CCTV crawling on all fours past a back window has been jailed, after he was confronted by the homeowner.

He used the bank cards to fraudulently withdraw hundreds of pounds from the victim’s account following the first raid on July 5 last year. 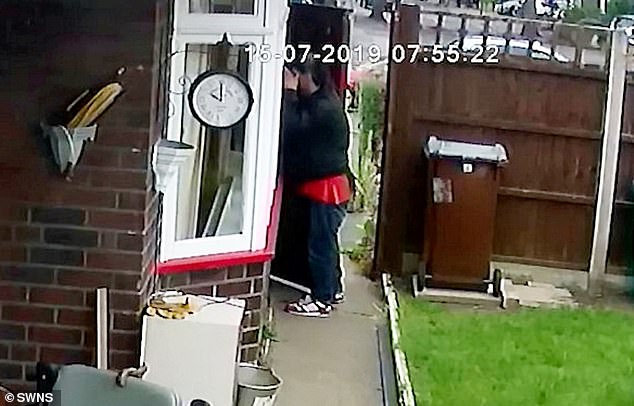 Michael Peck (above), 46, was caught on CCTV peering through the windows of the house in Wollaton, Nottinghamshire, which he broke into only 10 days previously 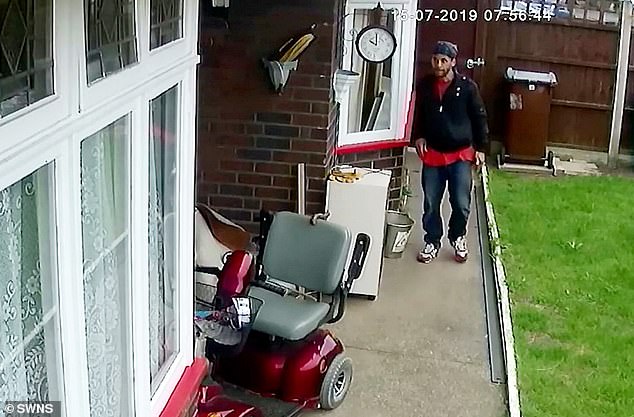 Jurors heard Peck was caught by crystal-clear CCTV footage and fingerprints left at the scene. He was found guilty of three burglaries and nine frauds 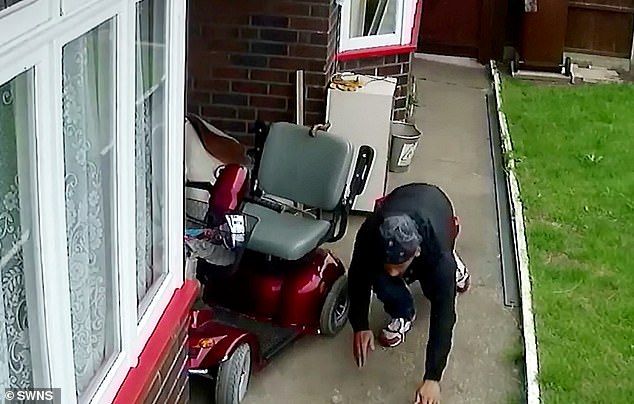 The footage shows Peck crawling on all fours past the kitchen window. On Tuesday, after being arrested by police, Peck was jailed for four and a half years

Peck brazenly returned to the same property in Wollaton, Nottinghamshire, again on July 15, but he was caught by the homeowner.

CCTV captured Peck walking into the back garden and peering through the windows before crawling on all fours past the kitchen.

Despite his attempt to hide from sight, the victim spotted and confronted Peck who fled the scene through the gate in the back garden.

On Tuesday Peck was jailed for four and a half years after he was found guilty of three burglaries and nine frauds at Nottingham Crown Court.

Jurors heard he was caught by the crystal-clear CCTV and fingerprints he left at the scene. 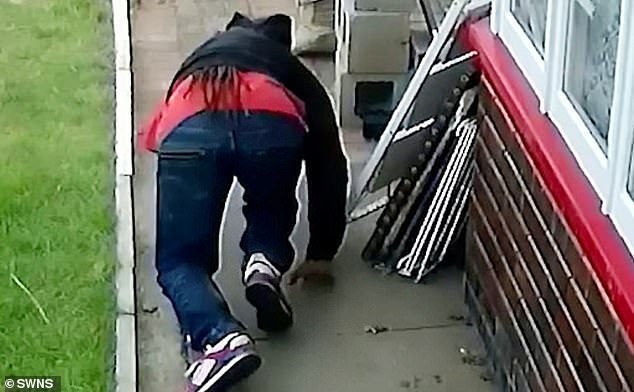 Peck shown crawling past the window from a different angle. He first raided the property on July 5 last year and brazenly returned to the same address on July 15 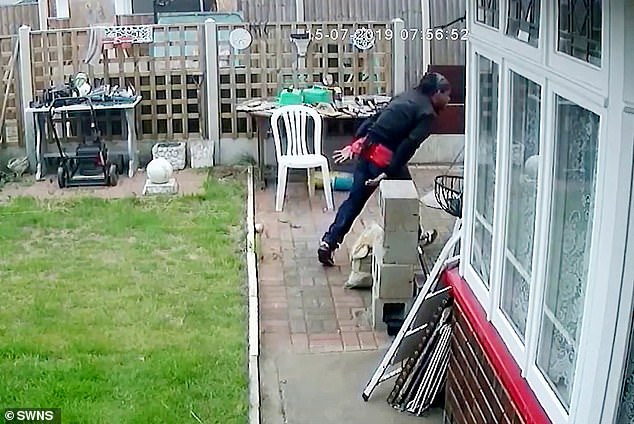 Peck captured after crawling past the kitchen window and dashing around the corner of the house in the back garden. Detective Inspector Kayne Rukas said Peck is ‘well known’ to officers 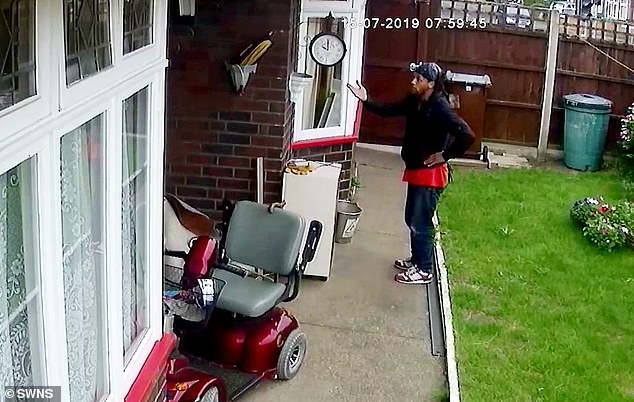 Despite his attempts to hide from sight, Peck was spotted and confronted by the property’s homeowner. He then fled the scene, leaving through the gate to the back garden

He stole two sets of car keys, a Nintendo Switch console, aftershave, spirits and cash from the property.

Peck, of New Basford, was identified after CCTV was found showing him at the house.

He was also seen clicking the car keys in an attempt to find the cars they belonged to, although none of the cars were taken. 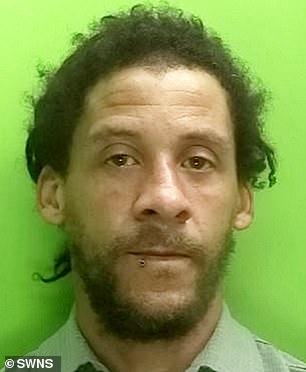 His blood was found on the smashed window, where he cut himself while breaking in.

When he was arrested, police searched his mother’s home.

Some of the stolen property from the burglary was found by the officers.

Detective Inspector Kayne Rukas, of Nottinghamshire Police’s burglary team, said: ‘Peck is well known to local officers who immediately recognised him when they saw CCTV of the offences.

‘His criminal history also meant we had his fingerprints and DNA on file which linked him to the offences.

‘This was a significant sentence and was a great result to take a prolific offender off the streets of Nottinghamshire.

‘Burglaries are an invasive crime and the thought of strangers coming into people’s homes can be deeply upsetting for the victims.’