Businessman, 55, caught riding his motorbike at 109mph on the M58 avoids driving ban after hiring ‘loophole lawyer’- despite already having nine points on his licence

A businessman caught riding on his motorbike at 109mph with his girlfriend on board has avoided a driving ban after arguing it would have a ‘catastrophic’ financial impact.

Paul Ledsham faced losing his licence after he was clocked travelling ‘way faster’ than other motorists along the M58 motorway on his 1000cc Honda CRF in June this year.

The 55-year-old, who runs a firm in Liverpool which provides toilet cubicles for schools and hospitals, told the Justice of the Peace (JP) he needed his car to travel around the UK for work, and begged them not to take away his licence, despite the fact he already had nine points. 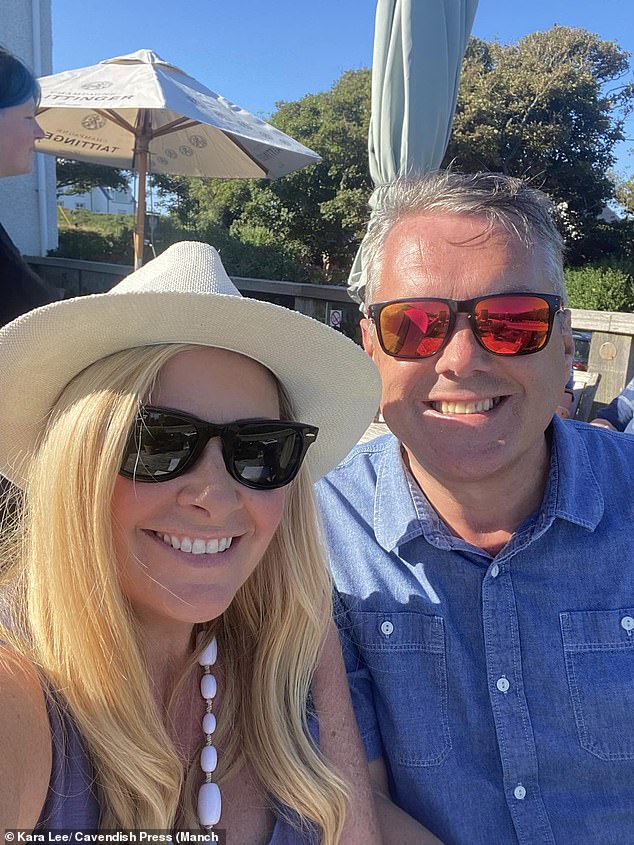 Paul Ledsham (pictured with partner Kara Lee) told the Justice of the Peace (JP) he needed his car to travel around the UK for work, and begged them not to take away his licence 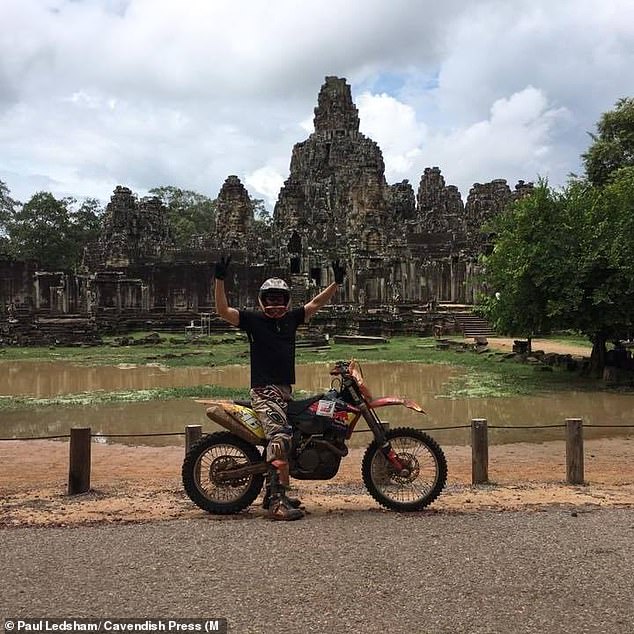 The businessman, who earns £60,000 a year, told the Wirral Magistrates Court his partner, Kara Lee, needed his financial support after she suffered a stroke, and that his ex-wife needed help with their 13-year-old daughter, who has obsessive compulsive disorder (OCD).

He told the court he had been speeding as Miss Lee was unwell and he was rushing to get her back home.

Wirral Magistrates Court heard that the incident at around 4:30pm on June 2 happened just three weeks after Mr Ledsham, of Aintree, Liverpool, was caught driving his Land Rover along the hard shoulder of the same motorway.

Jane Moran, prosecuting, told the court: ‘A police constable was stationary by the M58 westbound near junction 6 when his attention was drawn to a black and white motorbike which came past, the engine revving highly as it passed him.

‘It appeared to be traveling way faster than any other vehicle around it and was overtaking. The officer formed the opinion that he was travelling in excess of the speed limit of 70 mph.

‘The rider was stopped and identified himself as Mr Ledsham and the officer pointed out the offence of speeding.’ 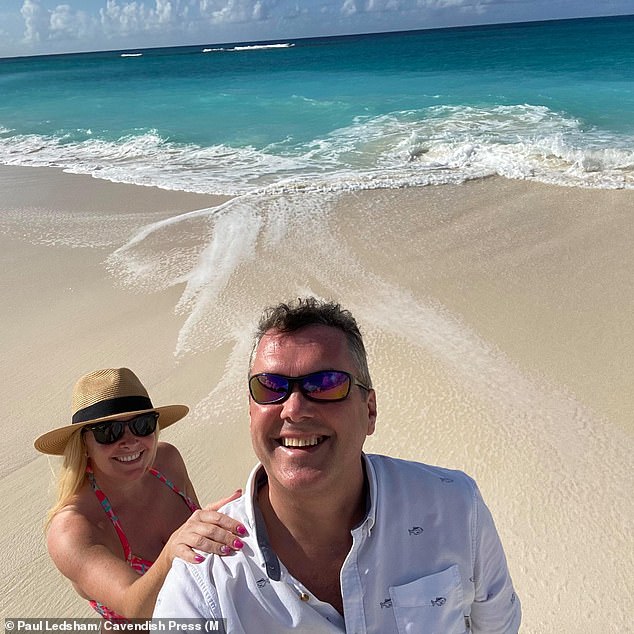 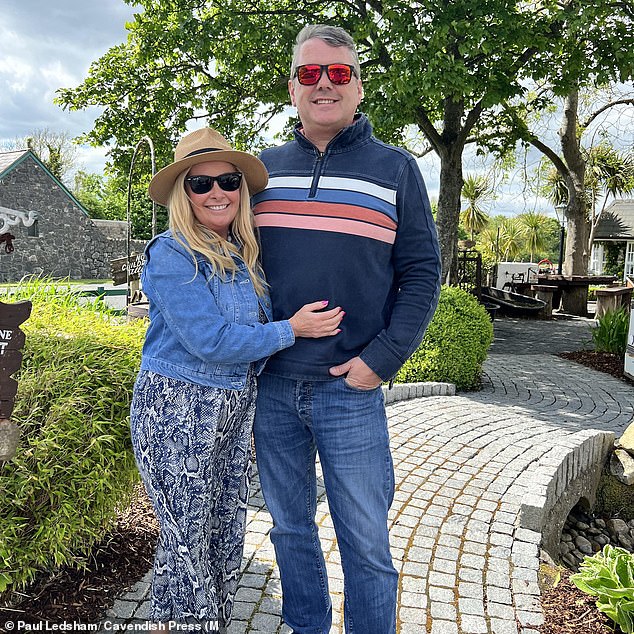 Mr Ledsham told the court that he was the sole representative of Total Cubicle Solutions and that he could not use public transport for his work, and said there would be a ‘catastrophic’ impact on the company, which employs 20 people, if he lost his licence.

‘My role is to provide sales and go out and speak to customers, for new customers and jobs we are hoping to win,’ he said.

‘In that respect a ban would not be good. A lot of the sites we attend are out in the sticks, for want of a better description, and there could be multiple appointments added as required.

‘The other director is involved with the production planning and he does not have any sales experience so he couldn’t do my job. And we do not have anybody in the position to drive. We have reduced staff to a minimum and everyone is required to do their job.’

He told the court that he has financial obligations to his partner, Miss Lee, he gives £500 per month after she suffered a stroke, and to his ex-wife and daughter, who he gives £450 per month.

Speaking of Miss Lee, he told the court: ‘She has anxiety going out and doing normal things. She does not think that she can exist in a normal capacity without the support I have given her.’

He also told the court his ex-wife and daughter, who is diagnosed with autism and a severe form of OCD, ‘very much’ rely on his financial support. 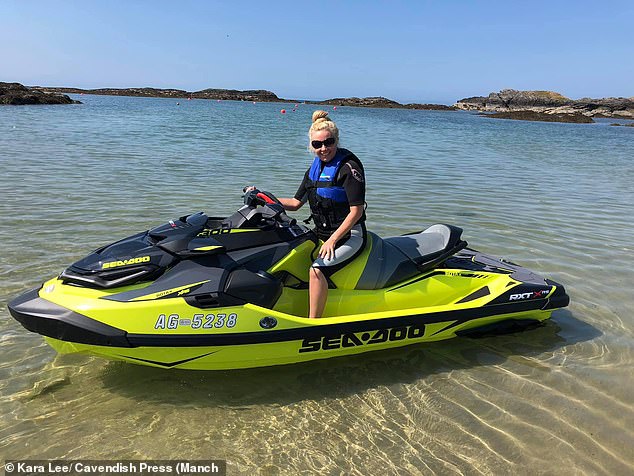 He added that his daughter, Natasha, has not left the house in three years, has issues with washing and eating and can only receive items delivered by Amazon as a result of her condition.

‘Her doctor said that it was the worst case of OCD he had experienced in a person of that age,’ he told the court. ‘People’s perception of OCD is people washing hands, that was mine as well. But in Natasha’s instance, it brought things home to a whole new level.

‘Apart from the financial assistance, I also help her mum out by taking her to hospital appointments and helping in other ways, whether it’s replacing furniture in Natasha’s bedroom or elsewhere in the house, just trying to make it work for them,’ he said.

‘I realise more so now how many people are hanging off me financially and that has made me realise and regret the position that I have put myself and others in.’

Neil Davies, defending, a ‘loophole lawyer’ who specialises in motoring offences, told the court: ‘He is apologetic for his error on this day in question. He would say he was with his partner at that time who was unwell and he was trying to get her home as quickly as possible.

‘He acknowledges that is probably not the best of explanations and he accepts that his behaviour could have been better. Mr Ledsham is in the process of trying to get rid of his motorbike to make sure there is no repeat of this situation in future.’ 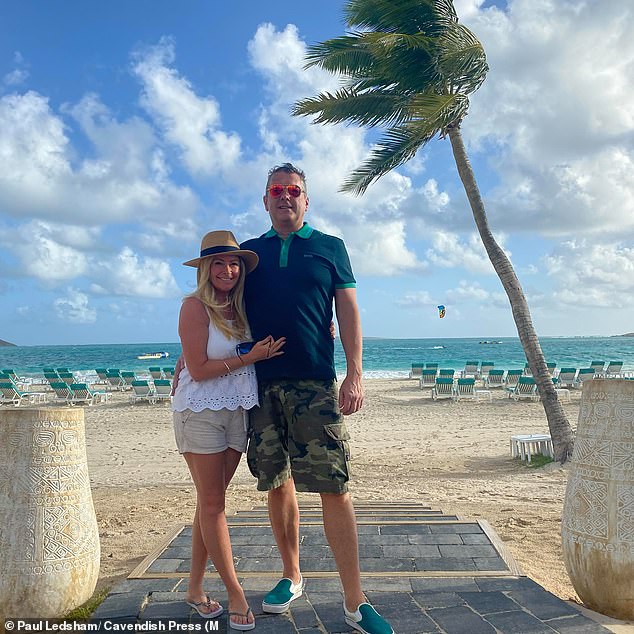 Mr Ledsham was ordered to pay £210 in costs and a victim surcharge. He was also given a further six points on his licence and was fined £1,000

‘You have the evidence on the impact on Kara Lee and financial support and driving support he gives her following her stroke. And the help and assistance Mr Ledsham gives to his daughter and ex partner.

‘There is a plethora of documents with regards to this form of OCD. This kind of condition tends to fall through the cracks and I have been educated in how severe this condition can be. Exceptional hardship is made out here.’

The JPs found that exceptional hardship did exist in the case, and ordered Mr Ledsham to pay £210 in costs and a victim surcharge. He was also given a further six points on his licence and was fined £1,000.