The Natomas school board in northwestern California saw a raucous meeting this week as outraged parents and members of the public demanded additional accountability for a teacher who said he wanted to turn the school’s kids into revolutionaries.

The issue emerged after Project Veritas released a video showing teacher Gabriel Gipe stating that he tried to “scare the f—” out of kids in order to motivate them politically. Footage also surfaced of his classroom, which reportedly included a poster of former Chinese dictator Mao Zedong, as well as one with the Antifa flag.

By Wednesday’s meeting, the school board had started moving to place Gipe on unpaid leave but parents demanded more from others who, they said, allowed Gipe’s behavior to flourish. 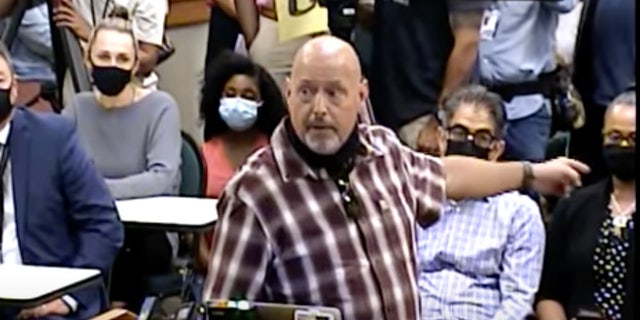 “You feel this pain right here? It’s not going away. The only question I got is where does the f—g buck stop?” asked a man who identified as Jay Ash (spelling unclear). He went on to say, “This is bigger than one teacher … there were so many red flags. The man had an Antifa flag behind his desk. He had Chairman Mao in the f—g corner. Are you kidding me?”

His and other fiery comments received applause from the audience.

One woman, who claimed to have brought her daughter, received heightened support with cheers and rounds of applause from the crowd. 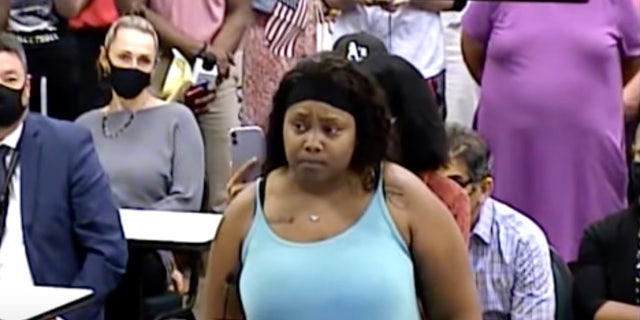 “The reason why my daughter is standing behind me is because my job as a parent is to protect her from anybody that has ill will towards her,” she said. She indicated her daughter was either in contact with Gipe or in his class.

“In two weeks and 13 days, he was allowed to change my daughter’s mind about some fascist crap that y’all have let in this school,” she added to raucous applause. The school year started on Aug. 13.

Many worried about potential criminal conduct and demanded an investigation. 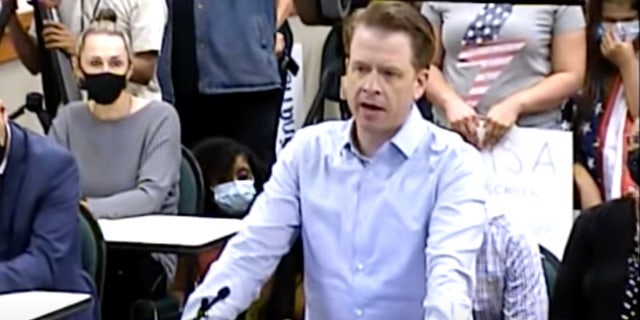 The fiery public comment period lasted much longer than the 20 minutes allotted and featured plenty of outrage from commenters concerned about the Gipe’s impact on children.

In an apparent statement from Evans Thursday, the district said the meeting ended early due to various purported threats.

“Last night’s board meeting obviously came to a disappointing but necessary end,” read a statement signed by “Chris.”

“There were legitimate safety reasons why the meeting ended abruptly,” the statement continued. “Staff and board members were sent numerous vicious threats, and [there were] reports of conversations overheard in the meeting about threats and possible violence during the meeting itself.  Some of those threats have extended to their family members. Most disappointing is that these threats have also spilled over to some of our student groups and students.”

“Today, a contingency of Ed Center representatives, representatives from District 1 – Councilmember Ashby’s Office, and parents leaders spent parts of the day on the Inderkum High School campus.  It is clear that those with differing political views are being targeted. Our Natomas community can embrace its diversity of ideas, beliefs, and backgrounds and peacefully, respectfully recognize our individual freedoms. NUSD followed the initial steps of due process, moving swiftly to determine beyond what was seen of the teacher in the video, and what if any policies or laws were broken.  After two days of investigation, swift action was needed, and it was taken.”