Caitlyn Jenner lashes out at ‘absurd’ trans TikTok star Dylan Mulvaney after White House visit: ‘Let’s not ‘normalize’ any of what this person is doing’

Caitlyn Jenner took aim at trans TikTok star Dylan Mulvaney last night, warning the country should not ‘normalize’ anything she is advocating after her sit-down with President Biden.

Mulvaney, 25, visited the White House for a forum with Biden last week. She and a handful of other progressives quizzed him over trans issues like gender reassignment surgery and access to hormones.

She burst onto the political scene last week after garnering millions of fans who watch as he journeys through ‘girlhood’, after deciding to transition from male to female earlier this year.

The interview with Biden was blasted by critics as ‘tone deaf’ and demonstrative of Biden’s blind need to pander to the left.

Childcare experts also warn that Mulvaney could be influencing impressionable young children into considering themselves trans when they might not identify that way independently.

Among those to criticize Mulvaney afterwards was Sen. Marsha Blackburn, who shared a video Twitter that showed the TikTok star – who began transitioning from male to female earlier this year – wearing leather shorts, and telling fans to start ‘normalizing the bulge’. 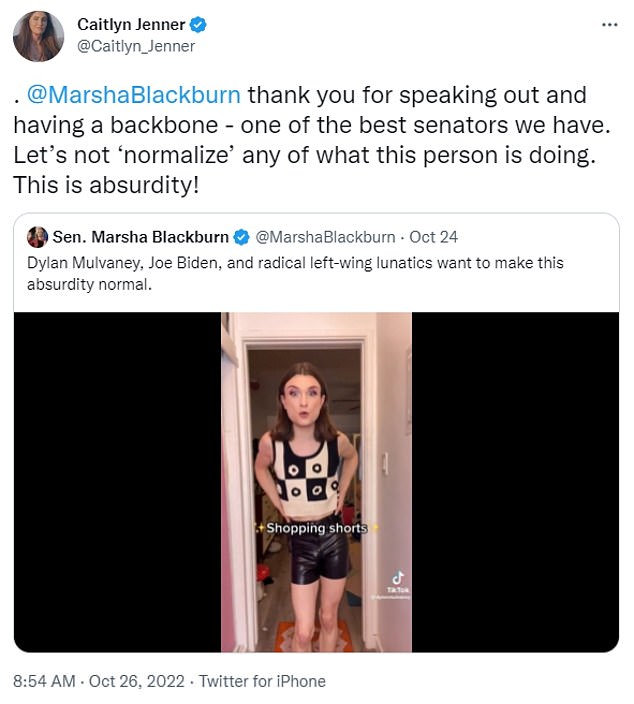 Mulvaney, far right, is shown during a panel with President Joe Biden at the White House 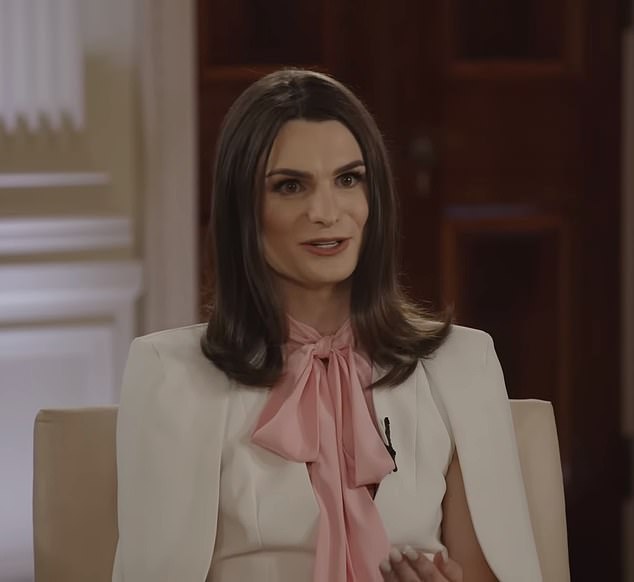 ‘I can normalize women having bulges sometimes. We’re coming up on bikini season and you might see a bulge or two, so normalize the bulge!’ she said before bursting into song. 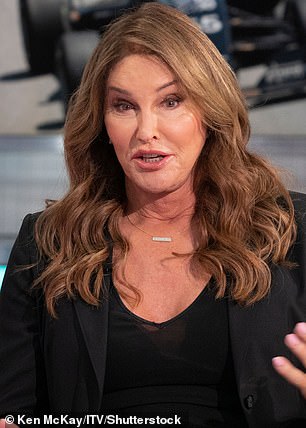 Jenner – arguably the most famous transgender woman in the world – echoed Blackburn’s worry.

‘Thank you for speaking out and having a backbone – one of the best senators we have. Let’s not ‘normalize’ any of what this person is doing. This is absurdity!’ she said.

In the video that Sen. Blackburn shared, Mulvaney sings that transgender women should be able to freely wear tight, revealing shorts even if they highlight the male genitalia they were born with and have not rid themselves of.

‘We are normalizing the bulge! Women can have bulges and that’s okay!

‘We’re not gonna stare at their crotches while they’re wearing their little shopping shorts at the mall!’ she sang.

Mulvaney has more than 8million followers on TikTok.

She shot to notoriety last week after appearing on a podcast to promote Ulta Beauty where she said she can ‘absolutely’ become a mom and have a family. 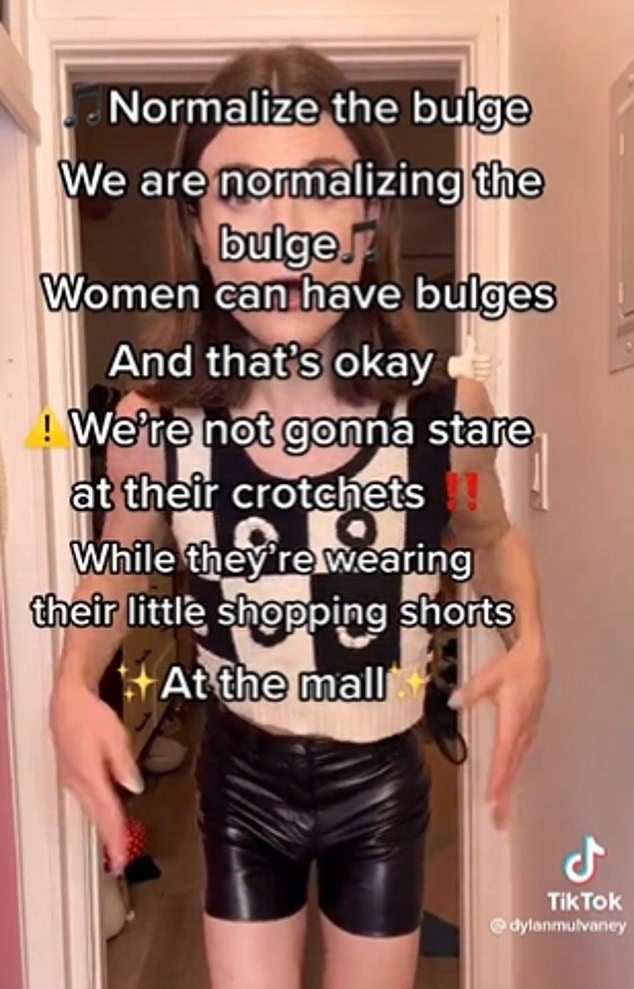 In a recent video, Mulvaney – who has not had gender reassignment surgery – sang about ‘normalizing’ women having ‘bulges’ 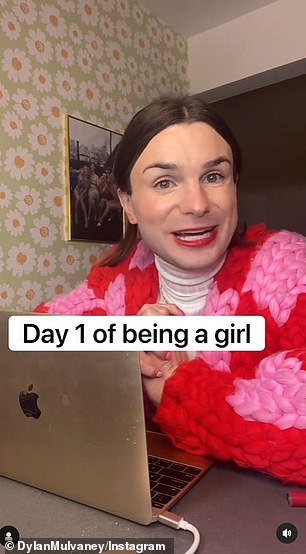 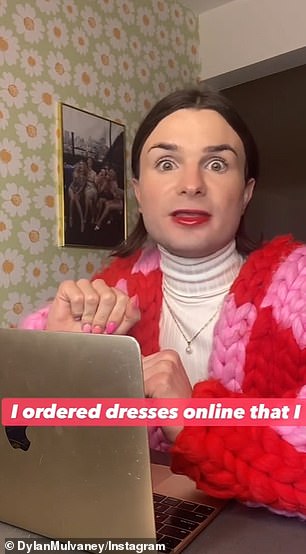 Mulvaney is documenting her journey from male to female in social media videos, but many say she is offensively stereotyping women

The video put her on the Biden administration’s radar, and she was invited to the NowThis News panel yesterday.

He added: ‘Joe Biden’s closing midterm message is to ignore inflation and instead push an extreme agenda on kids that nearly 8 in 10 Americans say they oppose.’

Mulvaney is documenting ‘firsts’ as a woman in a series called ‘days of girlhood’ on TikTok, where her account has garnered more than 8.3 million followers.

Childcare experts are concerned that Mulvaney may also have a negative effect on young, impressionable kids.

‘It’s very concerning to see social media influencers get this kind of attention, being asked to visit the White House, celebrated and valorized without any critical appraisal or explanation or alternative viewpoints — and that could affect people.’