Deadly wildfires are ravaging the Californian landscape as hot temperatures fan the flames. President Donald Trump declared the fires to be a major disaster, to free up funds for those impacted by the devastation.

The fires have killed six people and incinerated nearly 700 buildings since beginning after an earlier lightning storm last week.

The California Department of Forestry and Fire Protection (CalFire) said together, the blazes have burned nearly a million acres. 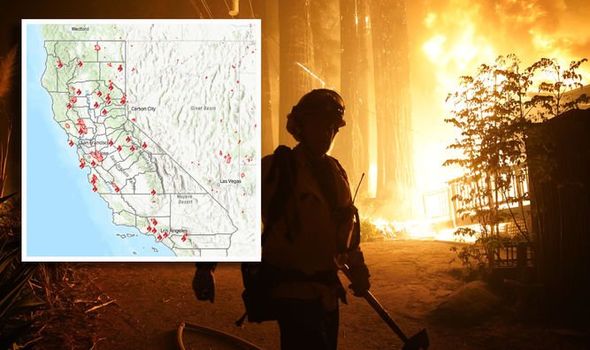 How many fires are burning in California right now?

California Governor Gavin Newsom said Friday including smaller blazes, crews are fighting a total of 560 wildfires across the state.

The fires increased modestly in size on Saturday after more than doubling on Friday, becoming some of the largest in state history and threatening small towns in the path of the flames.

For some areas evacuations have been ordered, while others remain on high alert as the flames edge closer. 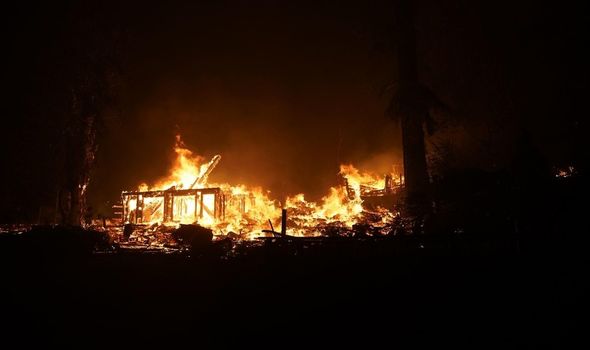 The worst of the blazes, which includes the second and third largest wildfires in recorded California history, were burning in and around the San Francisco Bay Area.

In this area, more than 200,000 people have been told to flee their homes.

In Santa Cruz, a city of around 65,000 people on California’s central coast, residents were told to prepare “go bags”.

Bulldozers have been cutting fire lines, and flames have come within a mile of the University of California Santa Cruz campus.

Nearly 14,000 firefighters have been deployed to fight the blazes, but containment of the largest ones remains low.

Smoke and ash has blanketed much of the northern part of California for days, drifting for miles and visible from several states away.

Which is the biggest fire burning now?

The largest blaze is the LNU Lightning Complex, which started as several smaller fires and later merged into one huge mass of flames. 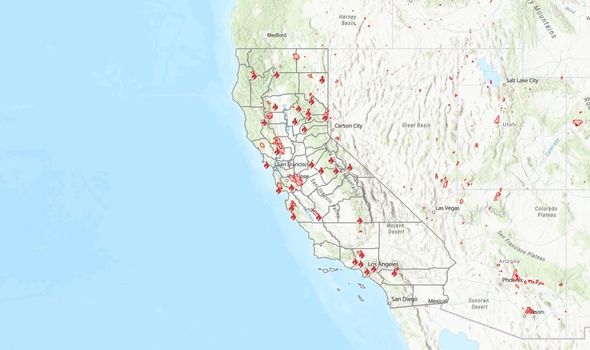 The LNU Complex fire is now the second-largest wildfire on record in the state.

As of Sunday afternoon the devastating blaze was only 17 percent contained.

Mr Berlant said in the south the SCU Lightning Complex was almost as big, at 339,000 acres, and only 10 percent contained. 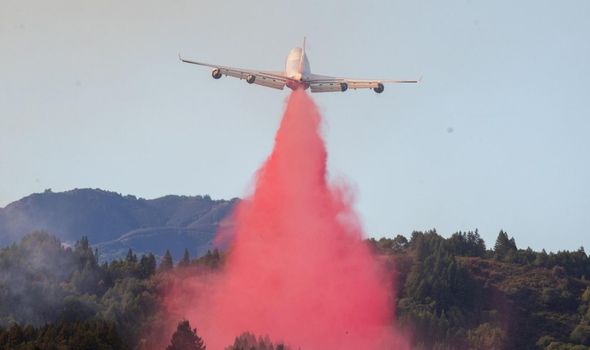 He added more dry thunderstorms were forecast through Tuesday and so-called red flag warnings had been issued across much of the northern and central parts of California.

This is due to a record-breaking heat wave which has baked the state for more than a week.

The heatwave has been caused by a dome of atmospheric high pressure hovering over the American Southwest.

Meteorologists say this same high-pressure ridge has also been siphoning moisture from remnants of a now-dissipated tropical storm off the coast of Mexico,

This has been creating conditions perfect for thunderstorms across much of California.

Most of the precipitation from the storms evaporates before reaching the ground, leaving dry lightning strikes that have contributed to a volatile wildfire season.

The American Lung Association has warned the coronavirus pandemic has heightened the health hazards posed by smoky air and extreme heat.

Afif El-Hassan, a physician spokesman for the lung association said inhaling smoke and ash can worsen the weakened lungs of people with COVID-19.