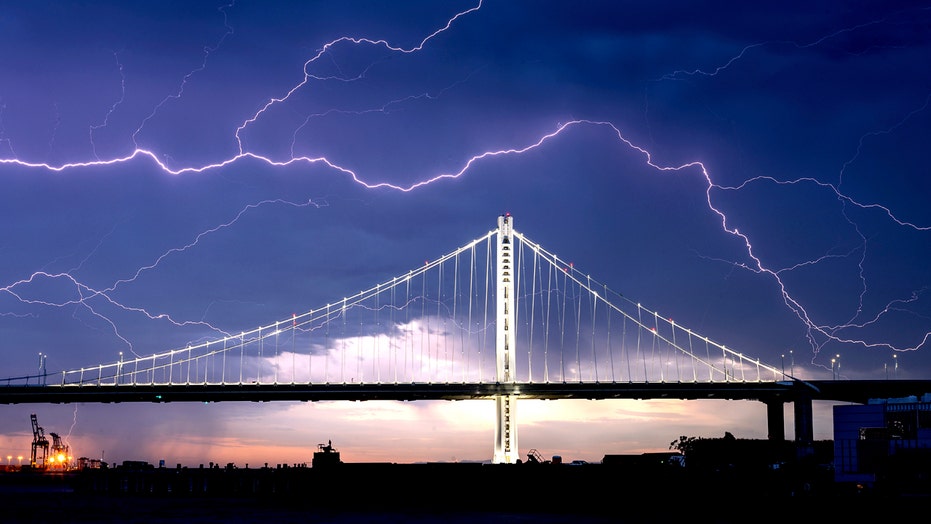 What you need to know about lightning safety

The skies over the Bay Area in California were lit up early Sunday as severe storms brought numerous lightning strikes that ended up sparking new brush fires.

The National Weather Service (NWS) office for Monterey had warned that thunderstorms producing "frequent lightning" were moving in along the state's central coast, triggering severe thunderstorm warnings for the region.

"Aside from the lightning, the cluster of severe thunderstorms are generating extremely strong erratic wind gusts which can cause downed trees, power lines, and other structural damage as well as difficulty driving," forecasters said.

NWS forecaster Drew Peterson told SF Gate that hundreds of lightning strikes were recorded before 5 a.m. as the storms roared into the region. 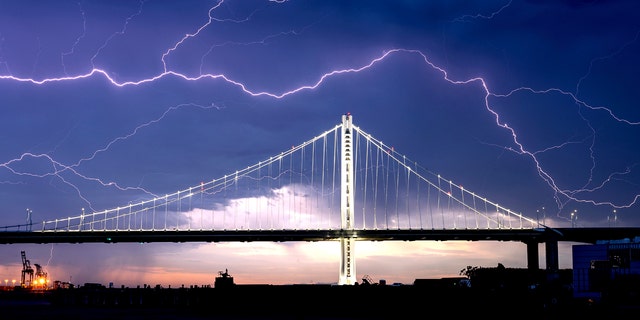 "We’re seeing nonstop continuous lightning across the Bay Area, especially the west side, not as much on the east side," he told the news outlet.

Many took to social media to show the vivid lightning in the skies.

Some described the scene along the coast as "wild."

Daniel Swain, a climate scientist at UCLA and the National Center for Atmospheric Research, tweeted Sunday morning that it was a "wild night" in the Bay Area.

"This is probably the most widespread and violent summer thunderstorm event in memory for Bay Area, & it's also one of the hottest nights in years," he tweeted.

Lightning from the thunderstorms didn't just wake up people in the middle of the night, but also caused some new problems for already busy firefighters.

Cal Fire’s Santa Clara Unit said on Twitter that since 3 a.m. throughout its territory, it had been battling eight to 10 different fires.

“May be more later this morning when the sun comes up,” the unit tweeted.

Record-breaking heat with triple-digit temperatures and low humidity this week across California have left firefighters busy trying to contain blazes across the state.

A red flag warning was issued for the San Francisco Bay Area and other parts of Central California through Sunday morning due to critical fire conditions.

"Please only call 911 if you see a visible fire," the agency said.

Forecasters said that after an "extremely busy night," thunderstorm chances will continue through Sunday and into Monday morning.

Besides the lightning, gusty winds from 60 to 75 mph have also been reported.

"Due to the very frequent lightning, expect wildfire starts to start where lightning occurs, especially given the particularly dry vegetation and hot and dry air mass near the surface below the elevated moisture aloft," the forecast office said.

A thunderstorm rolling from the Central Coast to inland Southern California on Saturday brought dry lightning that sparked several small blazes, wind and flash flooding in the high desert.