Sar Kheng says UN-backed war crimes court has no need to prosecute anyone beyond the Khmer Rouge senior leadership. 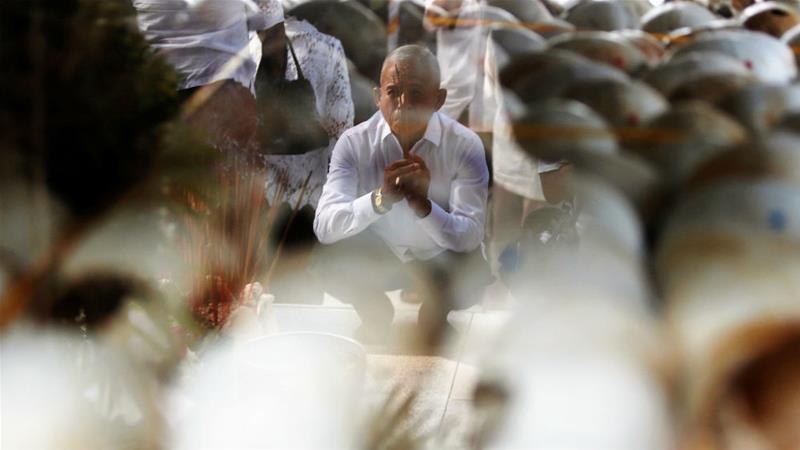 Cambodia has reiterated it intends to end the work of the UN-backed tribunal that last week convicted the last two surviving leaders of the Khmer Rouge of genocide, crimes against humanity and war crimes.

Deputy Prime Minister Sar Kheng said the tribunal’s work had been completed and there would be no more prosecutions for acts committed when the Khmer Rouge was in power from 1975 to 1979.

An estimated 1.7 million people, about one-quarter of Cambodia’s population, died after the Maoist-inspired regime took control of the country in what became known as the “Killing Fields”.

Sar Kheng cited the terms under which the tribunal, staffed jointly by Cambodian and international prosecutors and judges, had been established, limiting its targets to senior leaders. The rules also allow prosecuting those most responsible for carrying out atrocities.

Sar Kheng spoke Saturday at a government ceremony in a northern province of Cambodia and his remarks were reported on Sunday.

On Friday, the tribunal sentenced 92-year-old Nuon Chea, the right-hand man to the regime’s late leader Pol Pot, and 87-year-old Khieu Samphan, the Khmer Rouge’s head of state, to life in prison on charges of genocide against ethnic Vietnamese and Cham Muslims. The two are already serving life sentences after being found guilty of crimes against humanity in an earlier trial.

In nine years of hearings and at a cost exceeding $300m, the tribunal has convicted only one other defendant, Kaing Guek Eav, known as Duch, who was head of the Khmer Rouge prison system and ran the Tuol Sleng torture centre in Phnom Penh.

Cases of four more suspects, middle-ranking members of the Khmer Rouge, had already been processed for prosecution but have been scuttled or stalled. Without the cooperation of the Cambodian members of the tribunal, no cases can go forward.

Long-serving Prime Minister Hun Sen has repeatedly declared there would be no more prosecutions, claiming they could cause unrest.

Hun Sen himself was a mid-level commander with the Khmer Rouge before defecting while the group was still in power, and several senior members of his ruling Cambodian People’s Party share similar backgrounds. He helped cement his political control by making alliances with other former Khmer Rouge commanders.

In his remarks, Sar Kheng, who is also the country’s interior minister, sought to reassure former Khmer Rouge members they would not face prosecution.

“Because there are some former Khmer Rouge officers living in this area, I would like to clarify that there will be no more investigations taking place [against lower-ranking Khmer Rouge members], so you don’t have to worry,” he said.

He acknowledged even without more prosecutions, the tribunal still had to hear the appeals expected to be lodged by Nuon Chea and Khieu Samphan, but aside from that task, its work was finished. 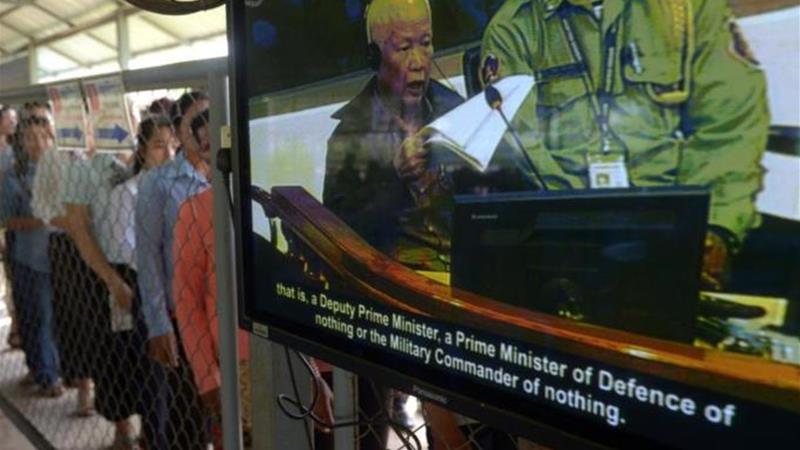