What a peach of a birthday portrait! Camilla looks relaxed and radiant as she poses in front of homegrown fruit to celebrate her milestone 75th

The Duchess of Cornwall celebrates her 75th birthday with this peach of an official portrait.

Looking relaxed and radiant, she was photographed at her country retreat, Ray Mill House in Wiltshire last month.

The portrait shows Camilla, wearing a blue floral dress from designer Sophie Dundas, enjoying a cup of tea in her garden, posed behind a bowl of home-grown peaches.

The Duchess will celebrate her milestone birthday this evening with a small family dinner hosted by the Prince of Wales at his Highgrove home in Gloucestershire. 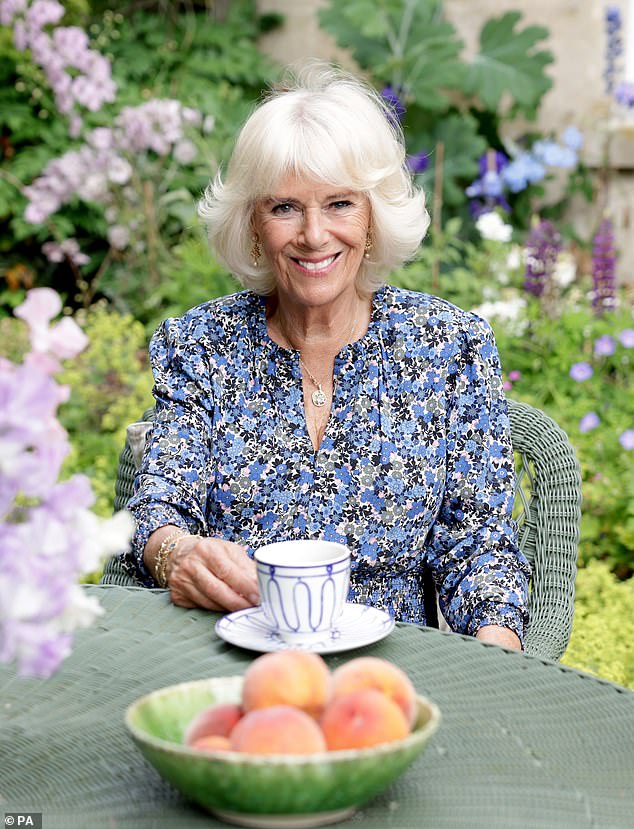 Everything’s peachy: The Duchess of Cornwall looked radiant as she posed behind a bowl of home-grown white peaches ahead of her 75th birthday celebrations this weekend

Her daughter Laura Lopes and son Tom Parker Bowles are expected to attend, along with her younger sister Annabel Elliot, who featured in an ITV documentary which followed Camilla as she guest-edited the latest edition of Country Life.

Mr Parker Bowles, The Mail on Sunday’s columnist and acclaimed food writer, has penned a piece for the magazine in praise of peaches, the essential ingredient in one of his mother’s favourite desserts, peach melba.

‘My mother is a keen grower of white peaches (the subject of this month’s column was very much her idea) and they certainly don’t want for attention,’ he wrote.

Camilla bought her six-bedroom property with extensive gardens, 17 miles from the Prince of Wales’s Highgrove home, after her divorce from Andrew Parker Bowles in 1995.

A spokesman for Clarence House, which released the image, said of the birthday celebrations: ‘She will be having a small family dinner.’ 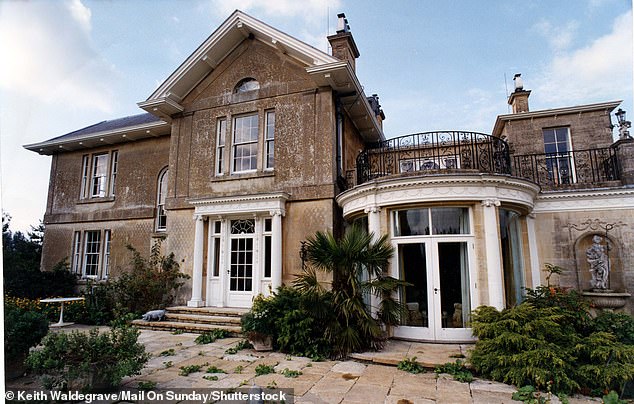 The milestone comes during a period of change for the Monarchy, with the future Queen Consort speaking in last week’s documentary about ‘exciting new prospects’ ahead as her position in the Royal Family takes on greater prominence.

In an interview with the Daily Mail yesterday, the Duchess joked: ‘We don’t really want to talk about birthdays, do we? Unfortunately, I can never lie about my age as it’s always brought up in a newspaper, so I just have to get on with it.’ 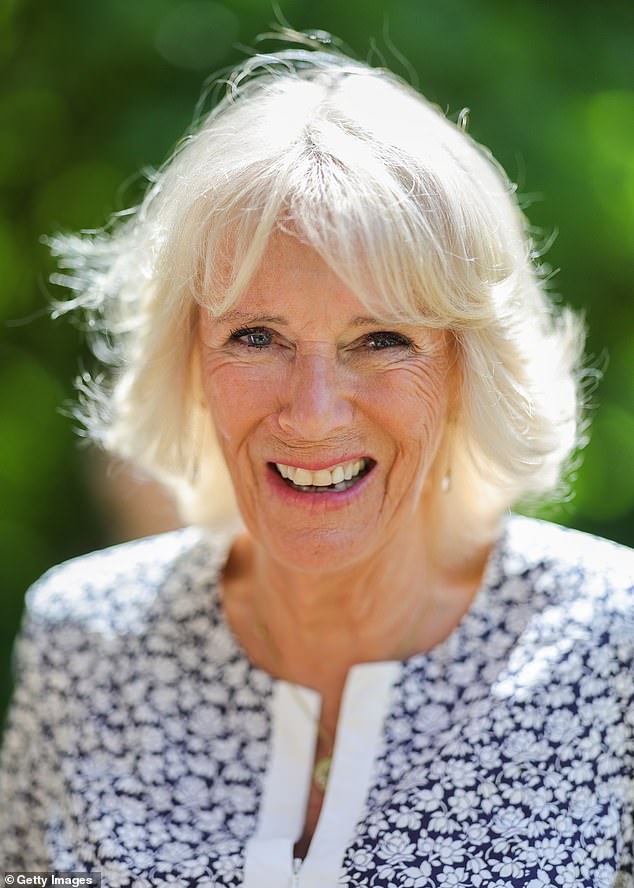 Camilla, pictured earlier this week, has spoken about ‘exciting new prospects’ ahead as her position in the Royal Family takes on greater prominence

She paid tribute to her family, including her five grandchildren, and revealed that she used a social media chat app called Houseparty to stay in touch with them during lockdown when she was in Scotland and they were in England.

‘I’m not sure if they [her grandchildren] think I’m cool at 75,’ she added. ‘But we do have a very close relationship and they keep me in touch with the world of youth – and TikTok.