Can you identify this mystery sea creature? Beachgoer spots fluorescent green organism on the sand and wonders if it’s an ‘alien’ – before wildlife expert identifies it

A man thought he saw ‘an alien’ while on a stroll along a Scottish beach – but it turned out to be a type of worm called a ‘sea mouse’.

Mike Arnott, 33, was taking a stroll along his local Portobello Beach, Edinburgh, yesterday when the creature caught his eye.

He found a strange green fluorescent object on the sand while the tide was out.

The engineer originally thought it was a moss-covered pine cone before realising it was alive.

The sea mouse is marine worm covered in iridescent bristles that shimmer blue, green and gold. It is an active predator that hunts small crabs and other worms on the seabed.

The sea mouse gets its scientific name from Aphrodite – the Greek Goddess of Love. 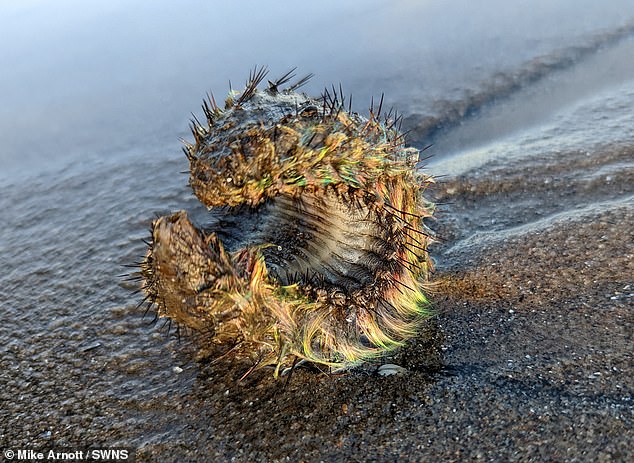 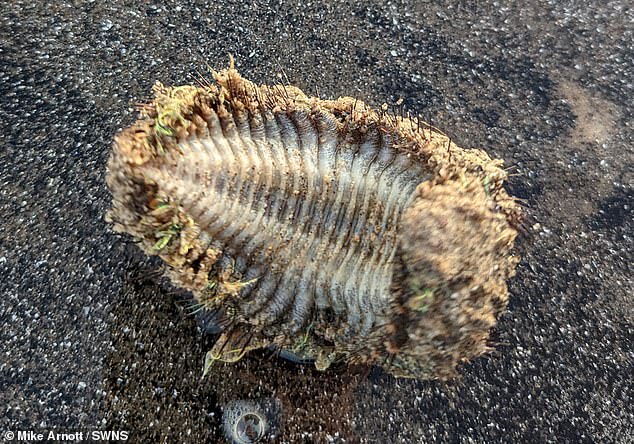 He said the idea of it being an alien ‘did cross his mind’ – because he had no idea what the bright green spiky creature was.

Mike said: ‘I saw this fluorescent green thing with weird needles – I had no idea what it was.

‘The bright green and gold colours drew me straight to it.

‘I flipped it over and saw it had lots of tiny legs – I had never seen anything like it.

‘It being an alien definitely crossed my mind – or I thought it might be something from way out in the deep sea.’

Pete Haskell, of the Scottish Wildlife Trust, offered his expertise to help identify the alien-like animal.

He said it’s a washed up ‘sea mouse’ – which is confusingly a type of worm.

Pete said: ‘It looks a bit strange being out of the water, but it’s a type of marine bristle worm that’s found all around the UK coast.’

The lesser-known creature’s iridescent shimmering green and gold bristles make it look unlike any other marine animal. 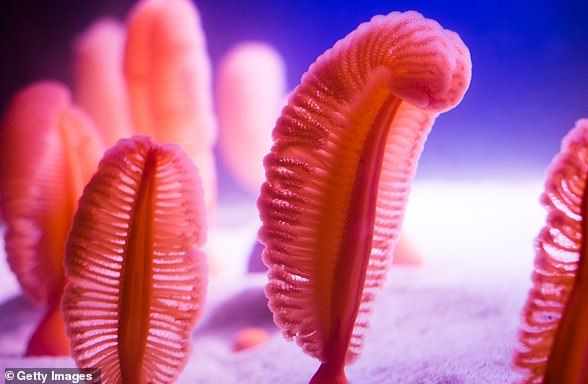 A Sea Pen is a colonial animal that looks like a quill pen. One polyp grows and becomes the base, then others grow out of the main polyp. 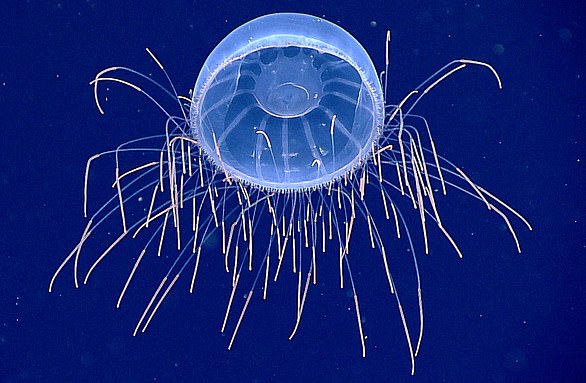 Halitrephes Massi Jellyfish live in the Eastern Pacific Ocean and are rarely seen by humans. The bright colours are the canals where nutrients move around their bodies. 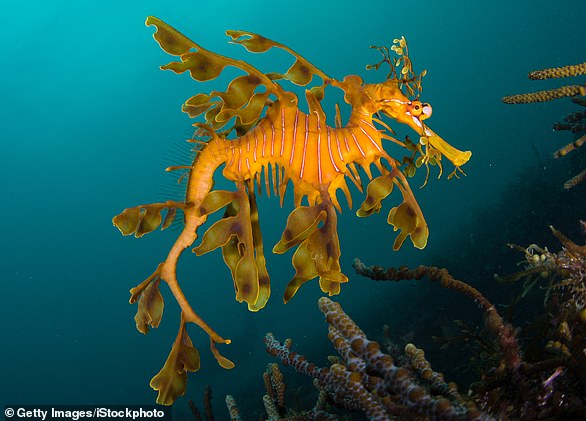 Found along the southern and western coast of Australia, the leafy sea dragon belongs to the same family as the seahorse, the Syngnathidae family. The dragon is David Attenborough’s favourite animal, according to the National Geographic. 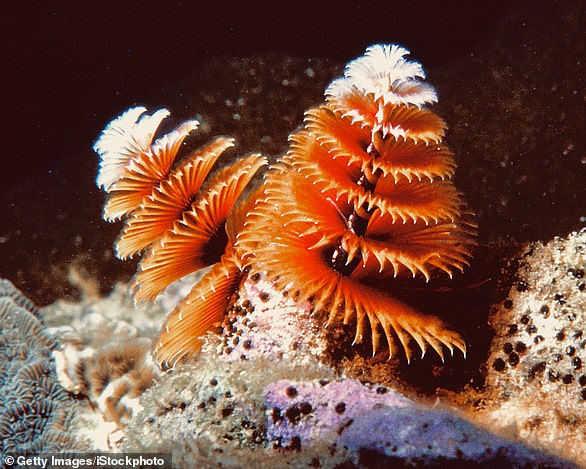 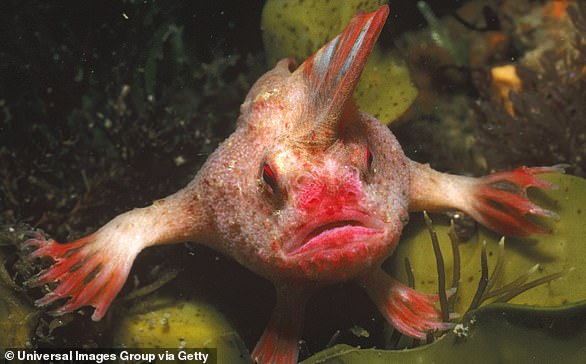 Red Handfish get their name from a unique set of fins that look similar to human hands. These creatures walk along the sea floor and can be found in Southern Australian and Tasmanian waters. 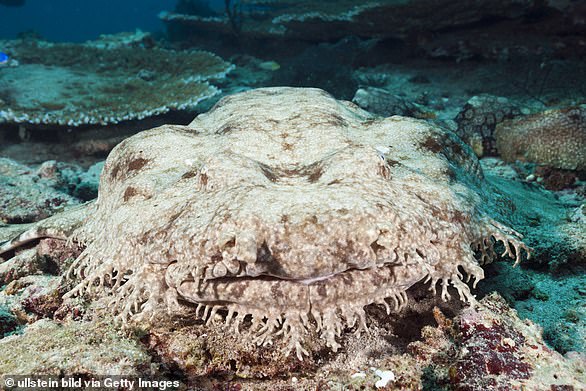 The Wobblegong looks like a crusty old rug on the bottom of the Pacific and Indian Oceans. They are well camouflaged so unlucky prey including fish, octopuses, crabs and lobsters cannot see them until it is too late.