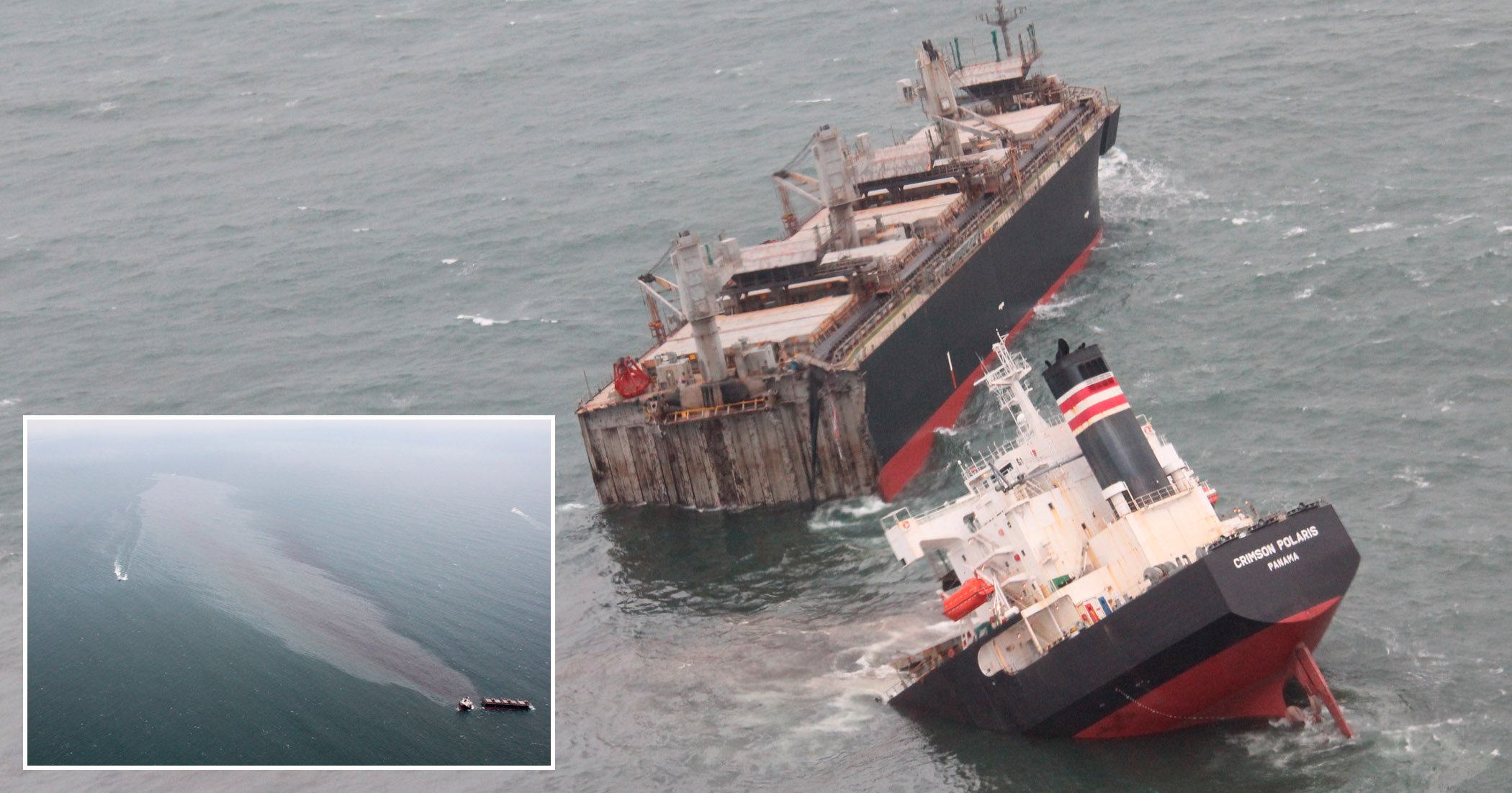 A cargo ship has broken in two off the coast of Japan, sending gallons of oil leaking into the sea.

The Crimson Polaris, a Panama-flagged vessel, ran aground on Wednesday while sailing towards Hachinohe Port in the north of the country.

The ship managed to free itself from the seabed but, due to poor weather, suffered a crack which widened and eventually caused the vessel to split early on Thursday.

All 21 Chinese and Filipino crew members were safely rescued by the coast guard, said the ship’s Japanese operator, NYK Line.

Aerial images showed the separated stern of the 39,910-ton wood-chip carrier tipped upwards and the other part of the stricken ship listing into the sea.

The fuel leak has spread around 15 miles, a coastguard spokesman said, but the extent of any environmental damage was still unclear.

The authorities are trying to contain the spill by erecting an oil fence around the wreckage.

Three patrol boats and three aircraft were dispatched after the ship ran aground and will continue to operate overnight to stop collisions.

No other ships were thought to have been involved in the accident.

The vessel’s two parts are being closely monitored and had not moved by late afternoon Thursday.