CELTIC fans were ambushed by a gang of Lazio ultras after their shuttle bus broke down on the journey from last night's game.

Around 20 yobs chased the Hoops supporters after they were forced to walk part of the route back to Rome city centre. 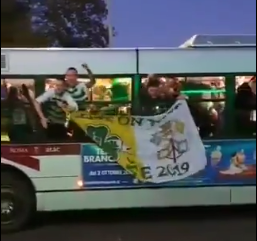 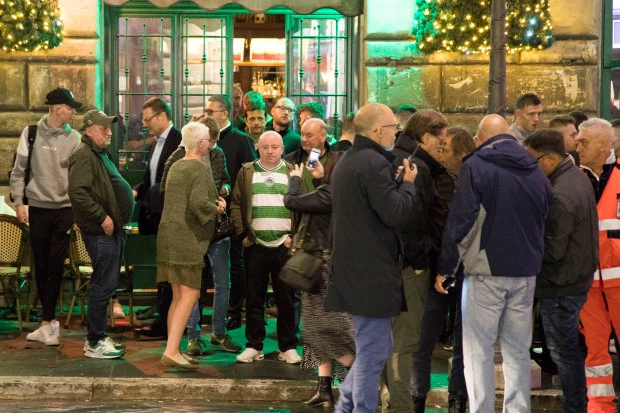 It is unclear if anyone was injured in the attack, which took place near to the River Tiber.

One eyewitness said the thugs were armed with knives and smoke bombs.

“Driver chucked us out, meaning we had to walk through the Lazio neighbourhood.

“About 20 Lazio fans sprinted from the dark and ambushed the group at the river.

“Got away safe, not sure about others.”

The incident comes 24 hours after two Celtic fans were stabbed in Rome ahead of the Europa League match.

One of the victims was sitting outside when he was targeted by Lazio yobs, while another Celts supporter was also attacked during the ambush.

Eight dead including girl, 6, in stampede during Africa Cup of Nations game

Life with Ronaldo is just like any other family’s, says Georgina Rodriguez

The Parkhead club today vowed to support the fans who were stabbed and boss Neil Lennon sent his best wishes.

Speaking after tonight’s dramatic 2-1 win, he said: “I have heard they’re stable and we wish them well.

“We’ll maybe get something to them or, if we get the chance, go and see them.

“I just hope they’re okay and get home safe.”