Disgraced Charlie Elphicke is pictured for first time since release from prison: Ex Tory MP is spotted near his rented one-bed flat in Fulham after serving one year in jail for sexually assaulting two women

Disgraced former MP Charlie Elphicke has been pictured for the first time following his release from prison.

The ex-MP for Dover, who was jailed for sexual assault, was released in September having served half of his two-year sentence for three sexual assaults on two women.

He has today been pictured outside his Fulham home for the first time since his release.

Elphicke, 50, had last month spoken of his financial woes during a court appearance over unpaid costs.

He had been ordered to pay a £35,000 sum within a year towards the cost of the prosecution.

Elphicke, who is on licence until next year, offered to repay at a rate of £1 a month. The court rejected his offer.

Disgraced former MP Charlie Elphicke, who was jailed for sexual assault, has been pictured for the first time following his release from prison 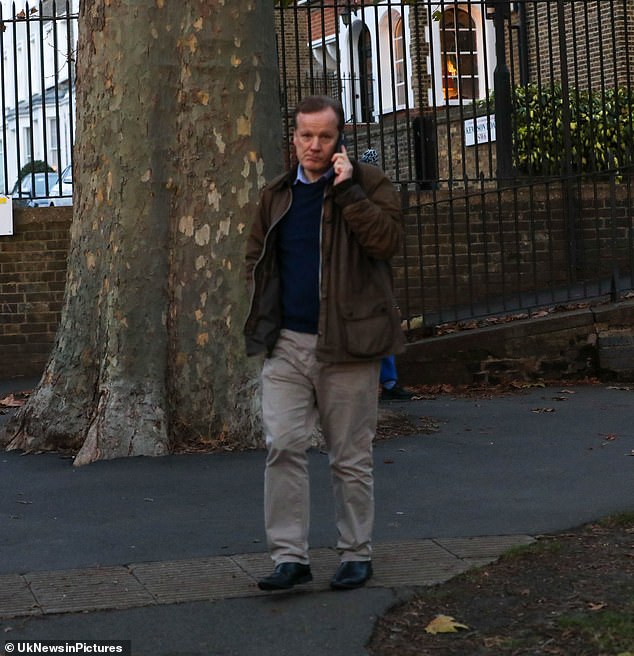 The ex-MP for Dover, who was jailed for sexual assault, was released in September having served half of his two-year sentence for three sexual assaults on two women

Uxbridge Magistrates’ Crown Court had heard that the former Government whip had received £51,000 from the sale of his marital home, but most of the money has been used ‘in legal fees and to pay rent’.

He said he had paid six months’ rent up front for a one-bedroom flat, valued online at nearly £475,000, in Fulham, south-west London, adding: ‘That is why I have very limited cash to meet my living expenses.’

‘I have made a claim for Universal Credit that is currently being processed,’ Elphicke said. ‘They are going to come back to me on December 12 to make sure I can pay the rent in an ongoing way.’

‘I have no job, I have no career, I am long-term unemployed,’ said Elphicke. ‘I am working with the job centre and my probation officer to find a new career.

‘I have made a claim for Universal Credit. I am separated from my wife who has filed for divorce. I have had to find a new place to live.’

Elphicke’s barrister Ian Winter QC had told the court his client had ‘a fair bit of debt’, and that his estranged wife, Natalie Elphicke, now the MP for Dover, loaned him £100,000 to pay for legal bills. 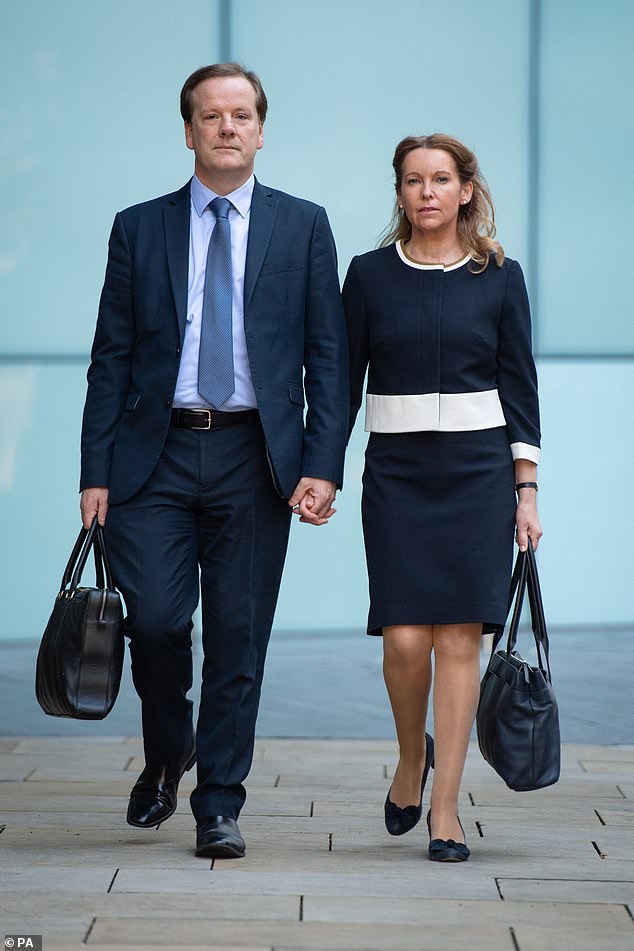 Magistrates agreed to adjourn the case to December 17, while Elphicke is waiting for his benefits claim to be assessed, with a payment order expected to be made at the next hearing.

Chair of the bench Andrew Gell said: ‘It does not seem clear as what will be possible over the next 12 months so I think we wait until Universal Credit has been done, adjourning the matter until that has been completed and look at the matter again.’

Elphicke had in March lost a Court of Appeal challenge against his jail sentence after his lawyers argued it was too long and should have been suspended.

The sentencing judge had described Elphicke as a ‘sexual predator’ who used his ‘success and respectability as a cover’.

During his trial, jurors heard how he had asked one of his victims about bondage and sex, then kissed her and groped her breast before chasing her around his home, chanting: ‘I’m a naughty Tory.’

Elphicke had become a Government whip during David Cameron’s premiership in 2015 but went back to the backbenches when Theresa May came to power the following year.

He had the party whip suspended in 2017 when allegations of sexual assault first emerged but it was controversially reinstated a year later for a crucial confidence vote in then-prime minister Mrs May.

The whip was withdrawn again the following summer when the Crown Prosecution Service announced its decision to charge Elphicke.