BREATHTAKING footage shows the moment a hungry crocodile ambushes a cheetah cub as it takes a drink at a watering hole in South Africa.

In a flash of speed and agility, the huge croc emerges from the water to grab the young cheetah and drag it down into the murky depths of the pool. 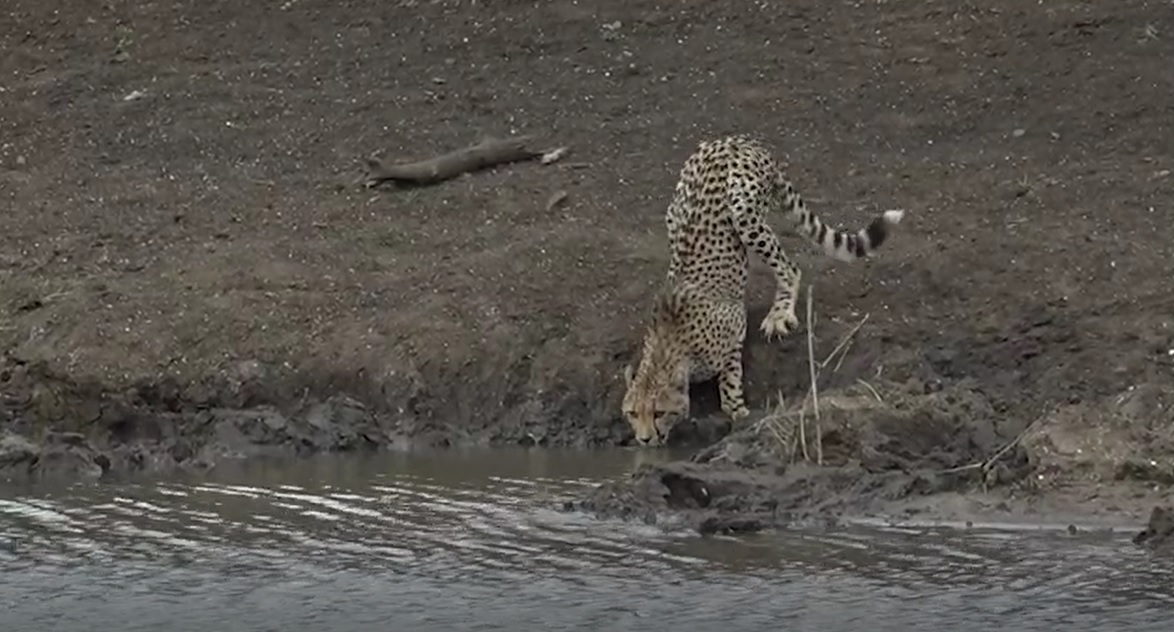 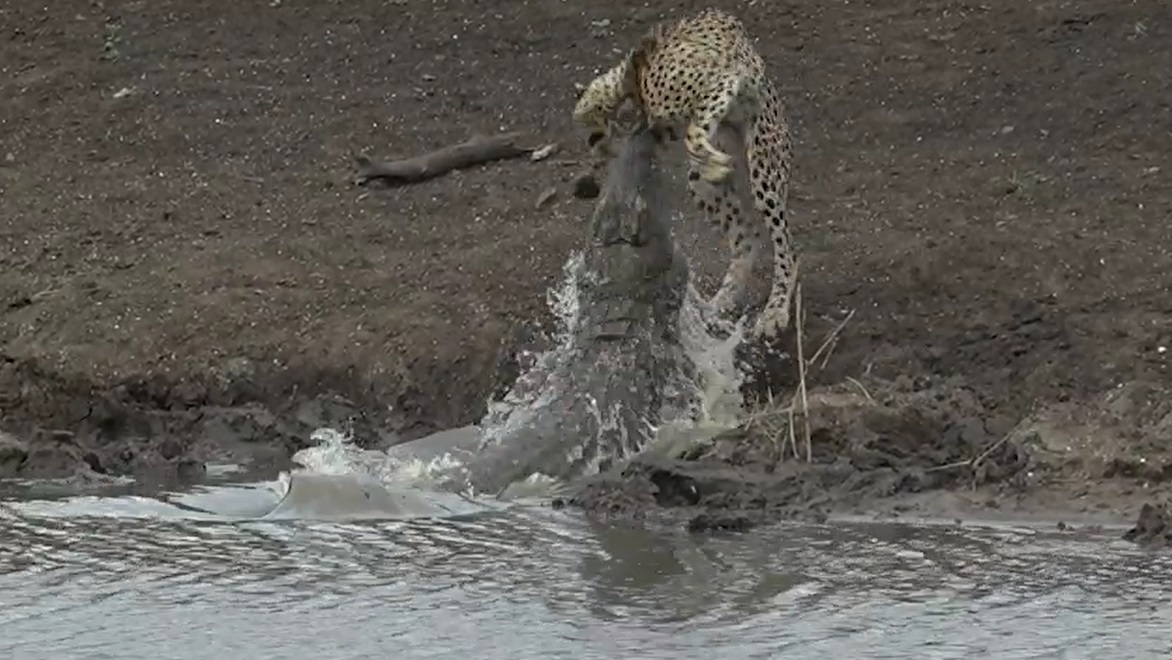 In an instant, the 13-foot Nile crocodile leaps from the water and grabs the young cheetah in its powerful jaws.

The strength of the assault is so great it forces the cheetah up into the air, before he gets dragged under the surface.

The cheetah can be seen struggling with the croc as he gets pulled under, but the force of the attack is just too much for him.

It is more than painful

“It is so painful,” the guide can be heard saying, after witnessing the dramatic attack.

“It is more than the word painful. There is nothing really we can do because the croc was just ambushing the cheetah when the young cheetah cub went down to drink water.” 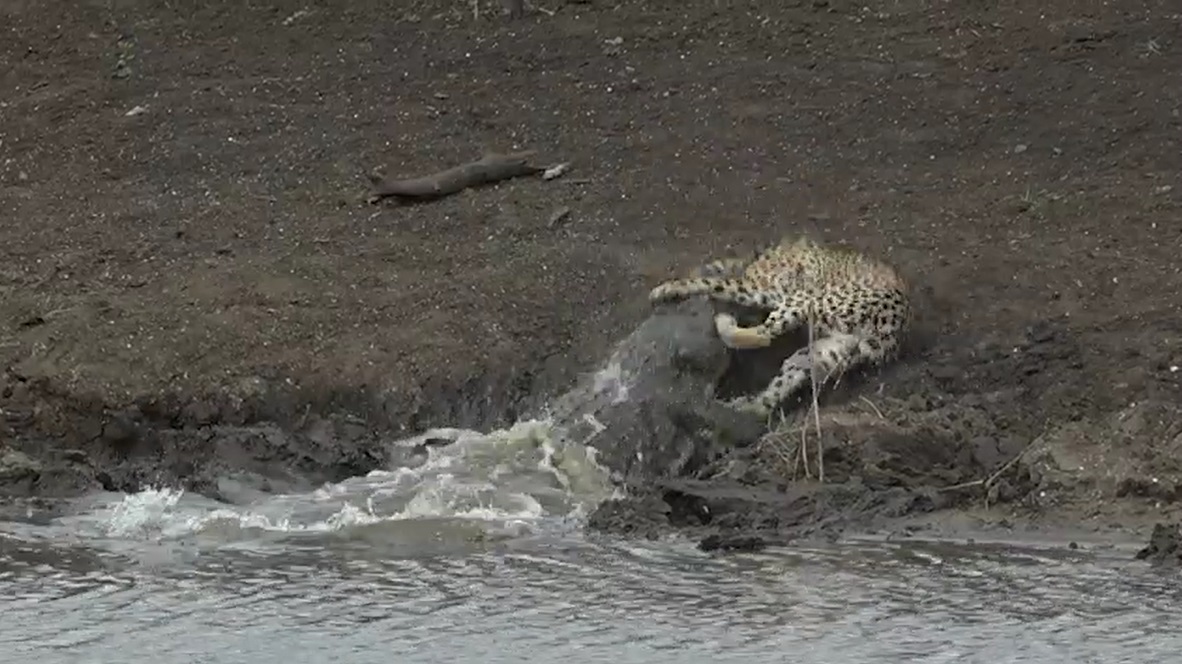 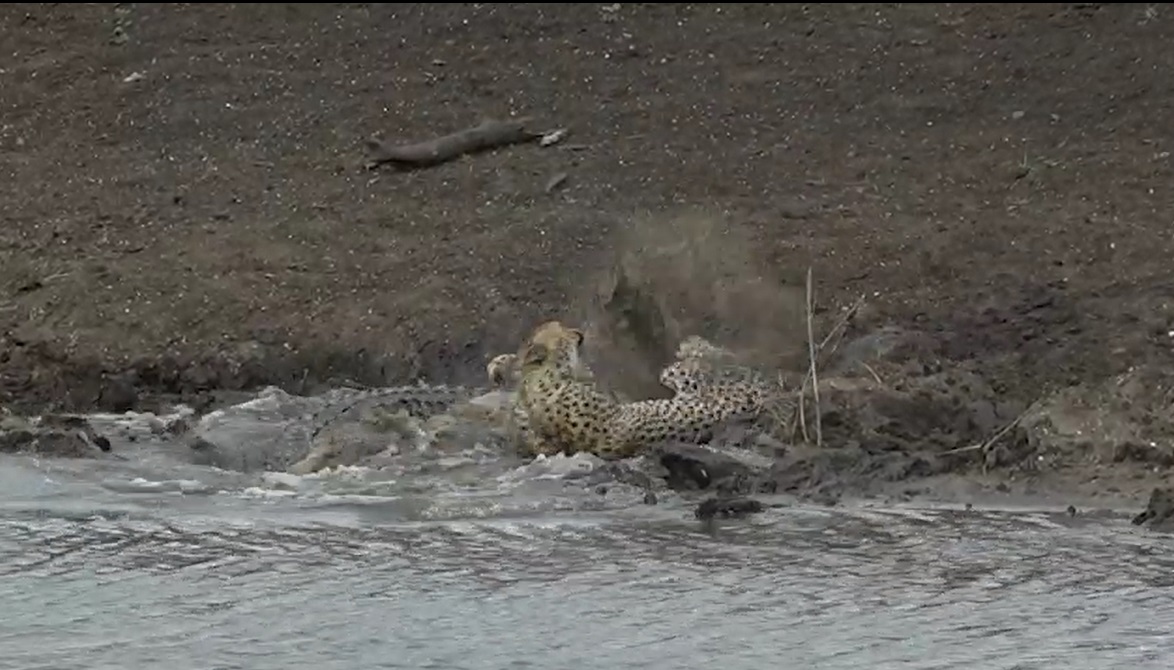 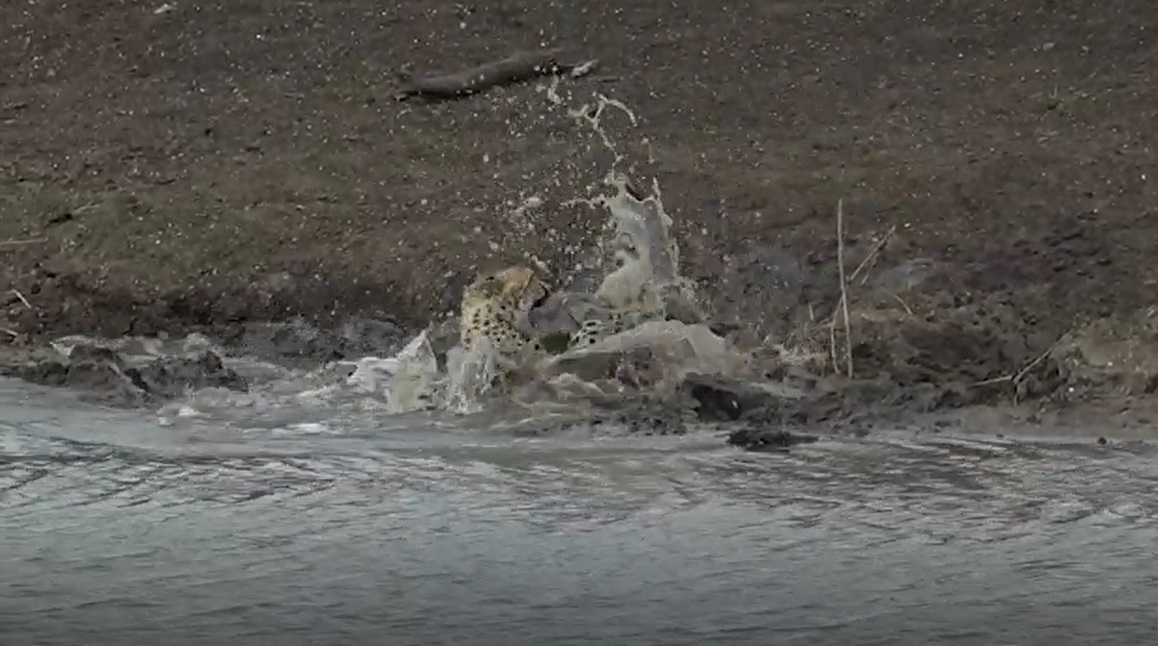 Nile crocodiles are the largest crocodile species to be found in Africa and they can eat up to half of their 1,650-pound body weight during a feed.

When attacking larger prey, Nile crocodiles use the strength of their legs to drag animals beneath the water.

A vicious cannibal croc attack was captured on camera in South Africa's Kruger National Park by a Dutch tourist, who watched the 13-foot predator turn on a younger crocodile.

Earlier this month, an eight-year-old boy was killed by a croc as he swam with friends near his home in Malaysia.