Masterchef: The Professionals contestant, 34, is found guilty of domestic assault after ‘shoving’ wife, 32, down stairs during drunken row

A Masterchef: The Professionals contestant has been found guilty of assaulting his wife and causing her to plunge down a flight of stairs following a drink-fuelled row.

Lewis Donegan, 34, was arrested by officers and taken to Perth Police Station for questioning after his wife Sinead, 32, made a silent 999 call from their home in Inchture, Tayside, Scotland, just before 11pm on March 10.

His wife made the call to the emergency services after she was ‘shoved’ down the stairs by her husband and left bruised and injured. 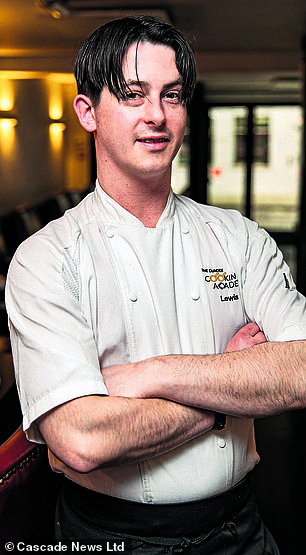 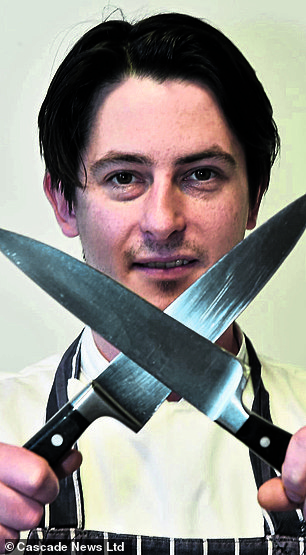 Lewis Donegan, 34, was arrested by officers after his wife Sinead made a silent 99 call just before 11pm from their home in Inchture, Tayside, Scotland, on March 10 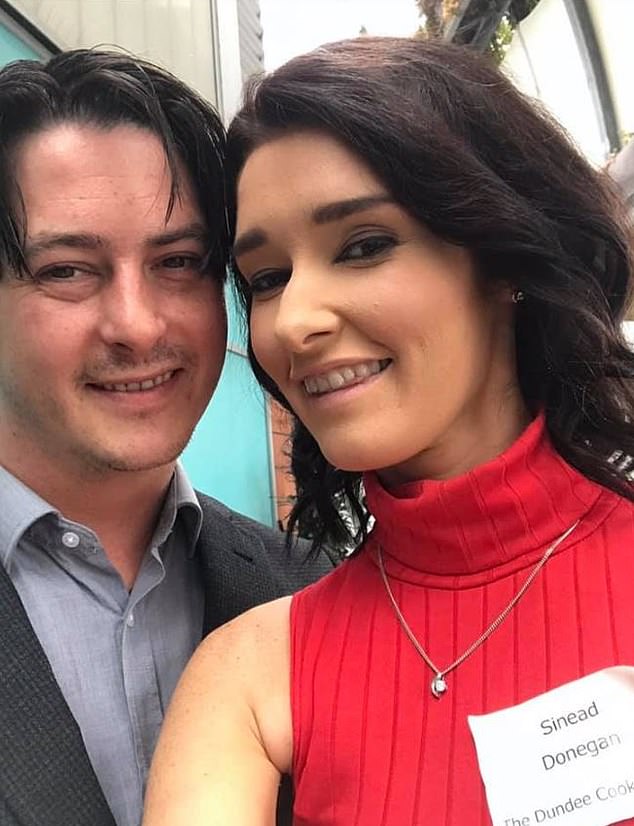 The chef had previously cooked lunch for the Queen and appeared on MasterChef: The Professionals – a spin-off from the BBC Masterchef series which sees professional working chefs compete against each other to be crowned champion.

Just days before his arrest, Donegan had been cleared of a further allegation that he had assaulted his wife by striking her on the head.

Sinead told the court that on the day of the attack she had been drinking at the family home in Colonsay Gardens, Inchture, before she followed her husband upstairs and they began to argue on the landing.

She said: ‘There was screaming about something. I can’t remember what the disagreement was about.

‘Then there was a shove, and I ended up downstairs.’

The 34-year-old was shown a police photo of her bruised elbow, which she confirmed was a result of her fall.

During the trial, Sinead said she dialled 999 but then hung up.

She continued: ‘It was quite a serious thing to phone the police and I just didn’t want any trouble.’

PC Sean Robertson, 28, told the court that when officers arrived to the property there were signs of a disturbance in the home and that Sinead was bruised and distressed. 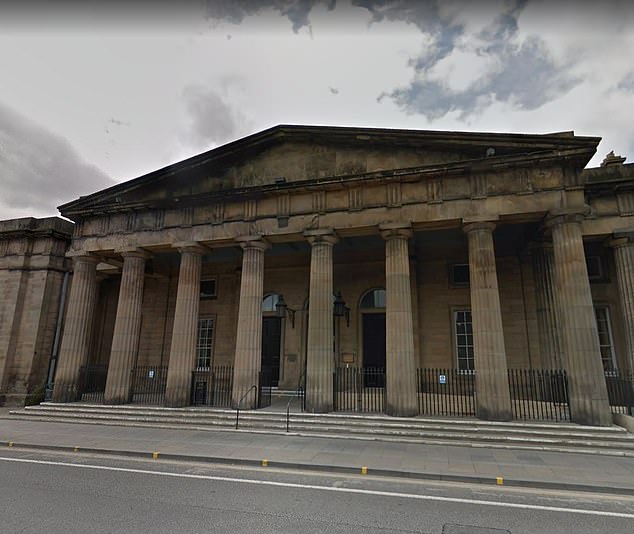 He said Donegan was arrested on suspicion of domestic assault and taken to Perth Police Station for questioning.

In his interview, Donegan, who opened the Dundee Cooking Academy in 2019, told investigators: ‘She pushed me, and I pushed her back. I shoved her and as a result of that, she fell down the stairs.’

Asked how it felt to have caused injury to his wife, Donegan replied: ‘Terrible.’

The court heard that the couple had reconciled and were back living together.

Solicitor Theo Finlay said: ‘He has no previous convictions and has never been in trouble before.

‘It goes without saying this is a highly regrettable incident. But I think it is fair to say, there will never be a repetition of this.’

Sheriff Neil Bowie told Donegan: ‘It may not have been your intent to cause your wife to fall down the stairs, but I am satisfied it was your intention to physically assault her.

‘She was intoxicated and it would not have been difficult for her to lose her footing.’

He deferred sentence for six months for Donegan.