BBC forecaster Simon King said it will feel far colder due to a low pressure system sweeping across from Scandinavia, coupled with the high pressure out to the Atlantic. There will also be a northerly wind from the Arctic. Weather model WX Charts shows the mercury slipping by 9pm on Friday, with a light blue column stretching over the UK from Newcastle down to Luton. This is the first time in months this map has shown potential for noticeably chilly temperatures.

But, it is indicative of the time of year as the nation moves into the autumn and winter months.

Weather Outlook founder Brian Gaze said: “During Thursday isolated showers could bubble up in the north but the vast majority of the UK remains dry.

“Temperatures close to the average in the south but in the north it will be rather cool.”

Despite a colder feel, there won’t be any rain forecast with a bright day predicted. 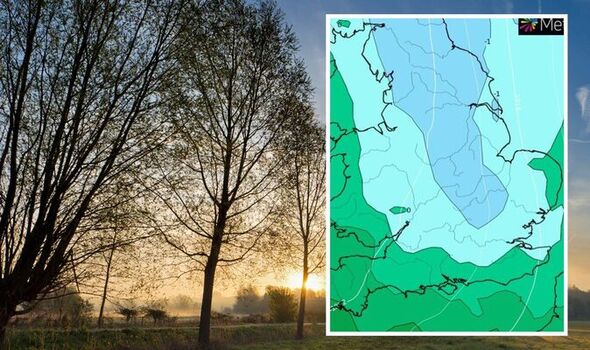 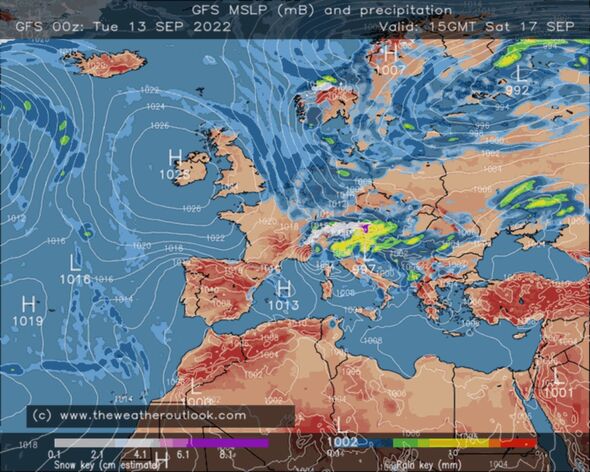 “Friday should be dry and bright in much of the UK. However, showers are likely in the east and a few of them could be heavy,” Mr Gaze added.

“Temperatures will be lower than recently and a brisk northerly wind adds to the chilly feel in eastern counties.”

The UK has become accustomed to balmy, tropical temperatures since June where the mercury has often comfortably sat in the mid 20s, often peaking in the early 30s.

But Mr Gaze says this weekend could spark a noticeable change – with temperatures marginally dipping below average. 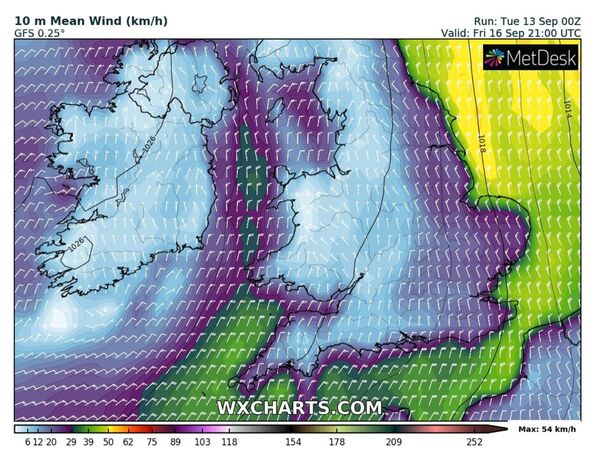 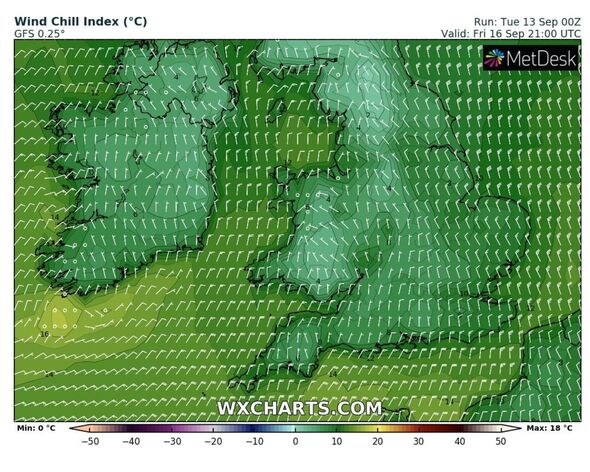 He continued: “The weekend brings a good deal of dry weather, but there is a risk of showers in the north and east.

“Temperatures during the days will be a little below the average and the nights are likely to be quite cold.

“Ground frost may develop quite widely in the northern half of the UK and there is a risk of fog too.”

He told Express.co.uk: “This will be a very sedate week, quiet, mellow and uneventful.

Some colder nights and some heavy dews lasting into the weekend and beyond.”

This forecast has been echoed by the Met Office, which has said: “A good deal of dry weather with sunny or clear periods.

“Northern and eastern areas will see some showers and here it will be breezy. Rather cool everywhere.”