China has set up dozens of secret police stations around the world, including one in New York City, to hunt down and retrieve dissidents.

A new report from Safeguard Defenders, a human rights watchdog, revealed that the Chinese Communist Party (CCP) has at least 54 ‘overseas police service stations’ in 30 different countries, including the US.

New York’s station, located on East Broadway between Chinatown and the Lower East Side, was open on February 15, according to the Chinese-language news site FJSEN.

The DailyMail.com visited the office which is on top a ramen shop and next to an acupuncturist where a receptionist was surprised to hear it was a secret police station.

It was closed and locals said it seldom opened.

Like many of police stations around the world, the New York site is promoted as a place to assist Chinese nationals through bureaucracy.

Since the program’s launch in April 2021, China reported that it had ‘persuaded’ 230,000 Chinese nationals to return home.

Although the CCP claims the stations are meant to keep an eye on ‘fraud and telecom fraud’ committed by citizens living aboard, the human rights group condemned the stations.

Laura Harth, the Safeguard Defenders’ campaign manager, said it was shocking to learn that China was carrying out police operations in foreign countries. 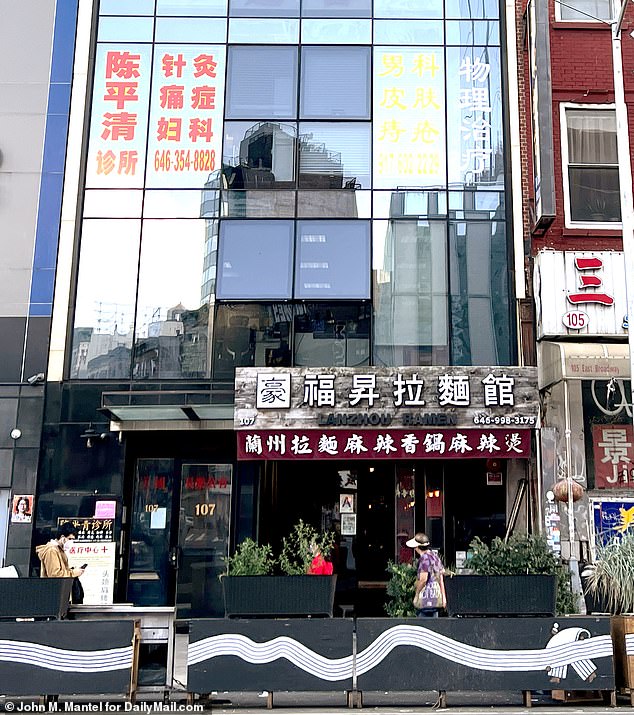 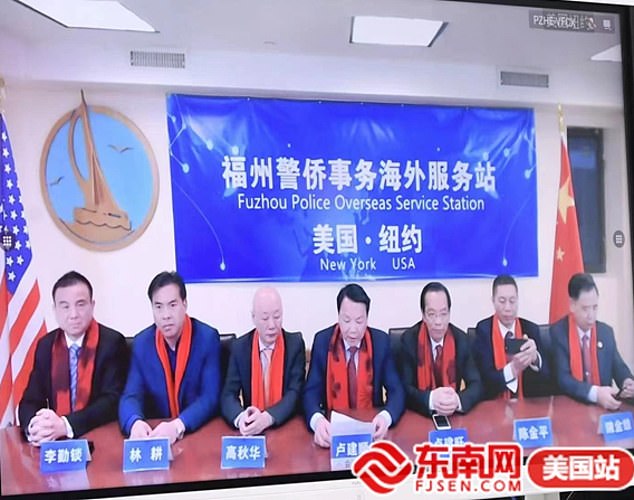 Pictured: Chinese officials operating inside their police station in New York City. It is one of at least 54 active around the world, and the only known to be operating in the US 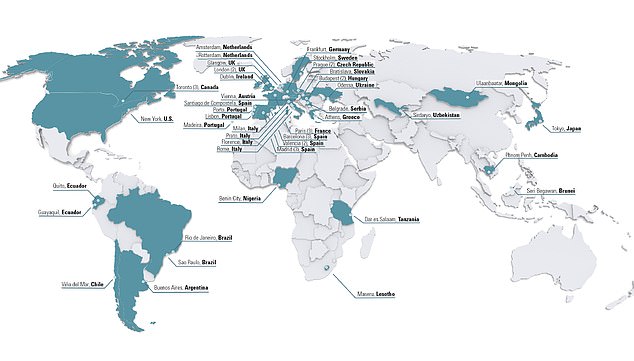 Many of the stations are open in Western Europe, with only four in North America 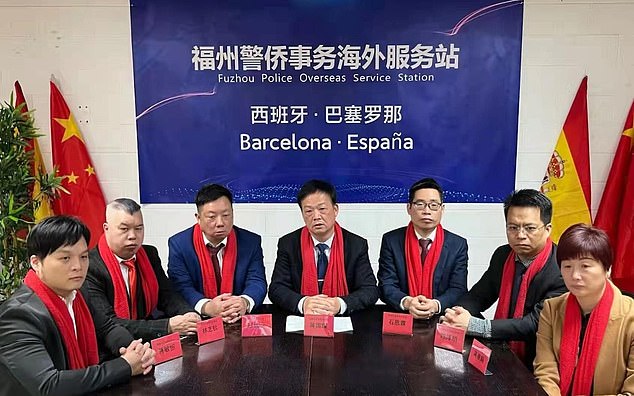 Since the station’s opened in April 2021, the Chinese government has said it persuaded 230,000 Chinese nationals to return home

Not much is known about the station in New York, which appears to be hidden in plain sight in the city’s busy Chinatown.

Other stations around the world are disguised, often running inside Chinese restaurants or convenience stores.

One of the two stations in London is registered as a real estate agency, with one in Glasgow based in a Chinese restaurant, the Telegraph reports.

Harth alleged that China has been using the program to track down dissidents and intimate them to return to their native country.

The nonprofit detailed cases where the family have wanted citizens used to ask their loved one to come back to China.

Safeguard Defenders said it served as a threat from the CCP that if the citizen didn’t return, something would be done to their family.

‘Nothing seems to be too impressive or too harsh,’ Harth said. ‘That’s a clear message to anyone seeking to leave China, or already left China: that you’re not safe anywhere.’ 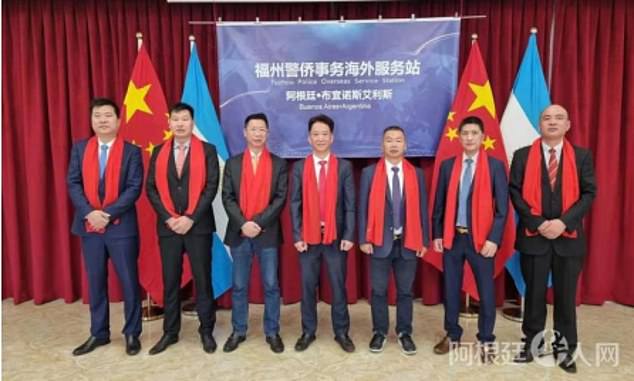 Safeguard Defenders, a human rights watchdog, reported that the police stations have been used to intimated Chinese nationals to return home

The report warned that China was likely expanding its program around the world.

Along with the list of police stations, Safeguard Defenders also noted that China has designated nine Asian countries as ‘forbidden’ and issued calls for all nations to return from their immediately.

According to the report, one Chinese restaurant owner based in Cambodia was pushed to return to China after police warned her that her mother’s power would be cut off if she didn’t.

Safeguard Defenders said there have been many reports of police going around ‘fraud’ suspects’ homes and spray-paint ‘shameful fraud’ on them.

Some have been found to help Chinese police conduct ‘persuasion sessions’ remotely, the non-profit said.

A station in Madrid tracked down a man wanted in China for environmental pollution.

He was forced to sit down for a video call with public security agents and a Chinese  prosecutor – while a family member was asked to sit next to the authorities in China during the call.

Other examples of blackmail are authorities threatening to cut electricity to the homes of families or restricting access to schools for relatives.