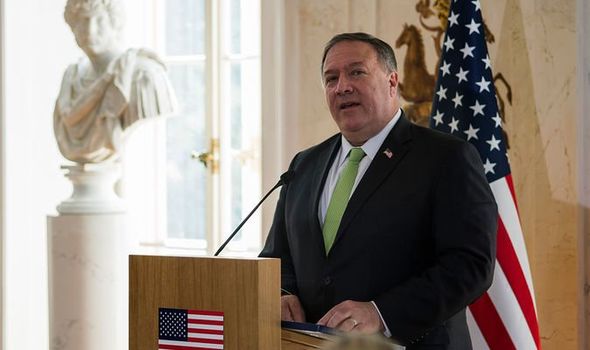 The Secretary of State has risked sparking fury in Beijing after his comments on China.

Mr Pompeo’s comments come after China launched military drills near to Taiwan ahead of a visit from a US official.

During the visit, Taiwanese officials also claimed 18 Chinese aircraft had crossed into the island’s airspace.

The jets flew across the Taiwan Strait between the two countries causing Taipei to scramble its own airforce.

Despite this incident, Mr Pompeo said today: “We sent the delegation to a funeral, and the Chinese have apparently responded by military blustering.