Facial recognition and AI are growing businesses for Chinese tech companies with ‘nowhere to hide’ for civilian targets. 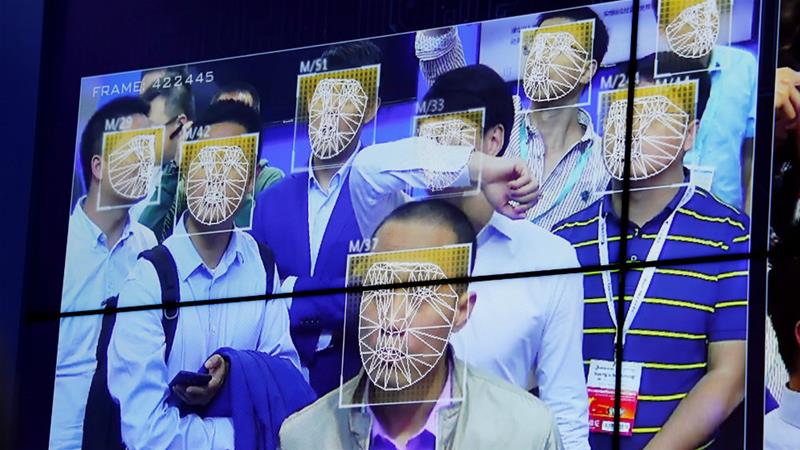 Shenzhen, China – The video screen shows a constant procession of Chinese citizens moving past a camera at what appears to be a public festival, park or central city plaza.

Their faces are bracketed by yellow squares with various numbers hovering below, including each person’s estimated age and gender. If the person is known to the system, their name appears too.

The facial recognition technology was just one of dozens of such systems at the China Hi-Tech Fair in the southern city of Shenzhen this month.

But while other companies tried to bring some levity to the dystopian feel by making cute dog heads appear on the faces of passers-by, others had no qualms about showcasing the Orwellian nature of their products.

Shenzhen-based Kuang-Chi, which stresses the benefits of “civil-military integration” of its technologies, claims its “super-intelligent tracking system” leaves “nowhere to hide” for those it targets.

“It can find a person in a crowd of up to 8,000 people,” a Kuang-Chi representative explains at the firm’s prominent display at the entrance to the fair. “It is being used already by police in Chongqing and Shanghai and is 95 to 98 percent accurate.”

For now, many Chinese appear to accept these new surveillance technologies as a way to make communities safer by tracking and identifying criminals, child abductors, and “terrorists”.

But outside the country questions are being asked about the more nefarious uses of such technologies, and the authorities’ deployment of such systems to tighten control over their citizens and crack down on dissent, most notably in the far-western region of Xinjiang.

Last week, US lawmakers introduced bills that, if passed, would call on the commerce secretary to look into restrictions on technology sales to companies that are involved in providing surveillance technology in Xinjiang.

Chinese companies too might find themselves at risk of sanctions and restrictions.

“That risk is certainly appearing to be on the rise as the US government seems very determined to act against this repression, and to hold related companies responsible,” said Adrian Zenz, a lecturer in social research methods at the European School of Culture & Theology, who has been following the Xinjiang situation closely.

“During conversations with State Department officials in September, I certainly got that very same impression, and I am not surprised that the government is moving towards specific actions and possible sanctions,” Zenz told Al Jazeera.

The action proposed by Congress would authorise annual release reports on surveillance, detection, and control methods in Xinjiang, and create a list of leaders involved in high-tech policing in the region including Party Secretary Chen Quanguo who could be sanctioned under the Global Magnitsky Act, according to a draft.

“I believe we’re at the very early stages of the matter, and will likely see this gain further prominence in the months ahead,” said Adrian Shahbaz, research director of technology and democracy at Freedom House.

“Taking swift action to condemn the draconian surveillance state rapidly developing in Xinjiang is fundamental not only to protecting the human rights of millions of persecuted inhabitants there, but also to ensure the Chinese government is not given carte blanche to expand its techno-dystopian model to other parts of the country,” Shahbaz added.

Whether companies in China involved in developing surveillance systems that the government is using for policing in places such as Xinjiang are concerned depends on whether they are targetting the domestic market or harbour ambitions of expanding beyond China, analysts say.

“I think a lot of the companies that support surveillance tech are domestic companies and don’t have a lot of international trade links,” said Maya Wang, China senior researcher at Human Rights Watch who has been studying the use of technology in the Xinjiang crackdown.

“Even trying to figure out the funding and where they are selling is just coming to the surface, and a lot of these smaller companies exist beneath the surface,” Wang said.

Facial recognition, artificial intelligence (AI), and other technology that can be utilised for surveillance is a huge and growing business in China.

SenseTime, which describes itself as the world’s “most valuable artificial intelligence unicorn” and is worth more than $4.5bn, is a major player in facial recognition systems.

But it is also China’s biggest provider of AI algorithms and is involved in projects from the development of “intelligent cities” to autonomous cars and education. 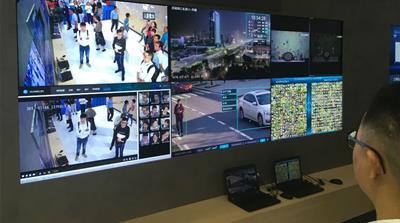 In September, China’s ministry of science and technology signed a deal with SenseTime to establish a fifth national open innovation platform for “next-generation” AI, joining Tencent and Baidu.

At the Shenzhen fair, SenseTime was playing up the more benign applications of its technology from fixing blemishes to adding heart-shaped cat noses and whiskers to photos.

For these firms it is China and its government that is their biggest market, and the latter is often their biggest source of funds too.

“It’s not that the tech community [in China] is amoral or anything,” said Elliott Zaagman, who co-hosts the China Tech Investor podcast.

“You either play their game and have your company, your products, and your money, or don’t and lose it all, or worse,” Zaagman said. “Absolutely they have concerns about [a Western] backlash, but there isn’t much that they can do. They need to comply at home.” 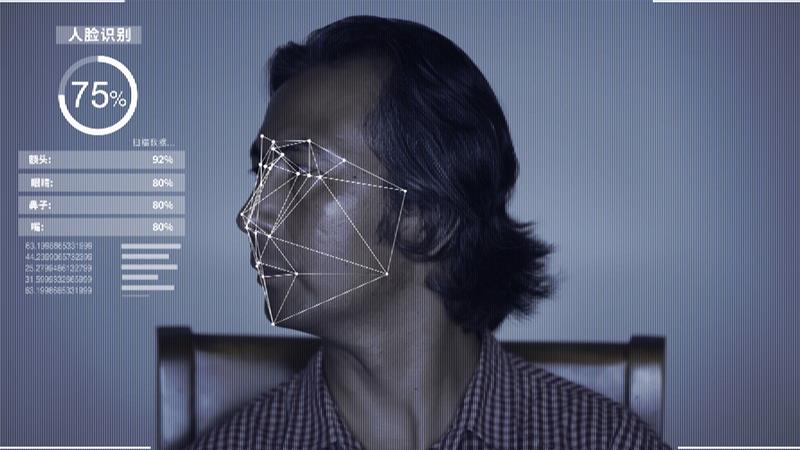