A leading Chinese disease-control expert has confirmed that Wuhan’s officials did cover up the scale of the initial outbreak.

‘I do suspect that they have been doing some cover-up locally at Wuhan,’ he said. ‘The local officials who are supposed to immediately relay the information has not allowed this to be done as readily as it should.’ 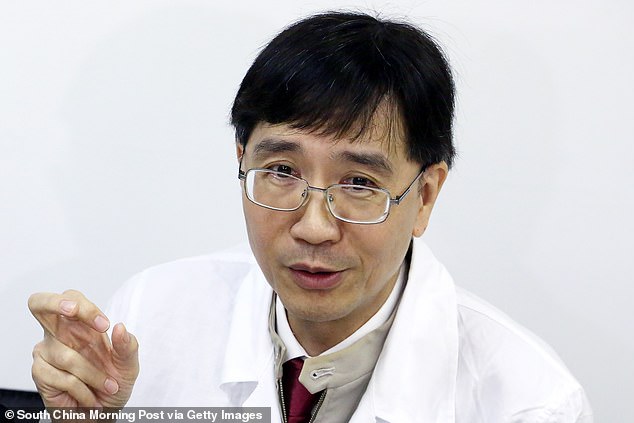 China has faced widespread scepticism about the authenticity and transparency of its COVID-19 figures.

This is not the first time the Hong Kong expert has questioned the government’s handling over the coronavirus.

The 63-year-old microbiologist said in June that the real COVID-19 infection number in the former virus ground zero Hubei could be 2.2million, or 32 times the government’s official toll.

He and his team from the University of Hong Kong announced the finding after analysing samples from Hong Kong people returning from the province, of which Wuhan is the capital.

But their study was condemned by China’s state media outlets, which questioned if Prof Yuen was helping the United States smear Beijing over the pandemic. 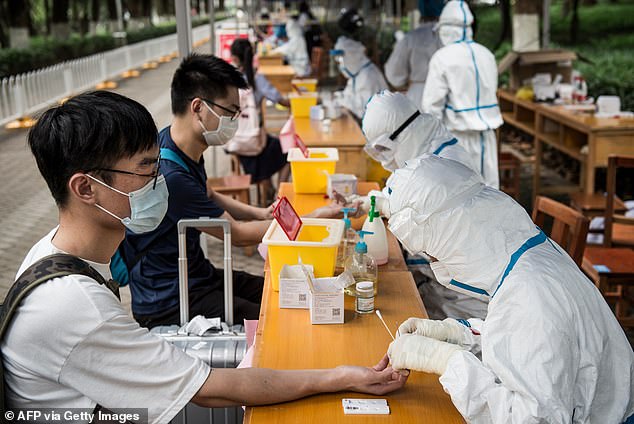 ‘I do suspect that they have been doing some cover-up locally at Wuhan,’ Prof Yuen told BBC in an interview. Pictured, university graduates attend COVID-19 screening in Wuhan on June 11

Professor Yuen was involved in the early diagnoses and investigation of the deadly disease in Wuhan.

He visited the city of 11million on an exploratory mission on January 17 on behalf of China’s National Health Commission.

He was accompanying Dr Zhong Nanshan, the leader of Beijing’s coronavirus expert team, as well as the George Gao, the head of the Chinese CDC during the trip, reported Chinese news outlet Caixin.

It was this expert group that confirmed the human-to-human transmission of the virus, leading Wuhan to go into lockdown. 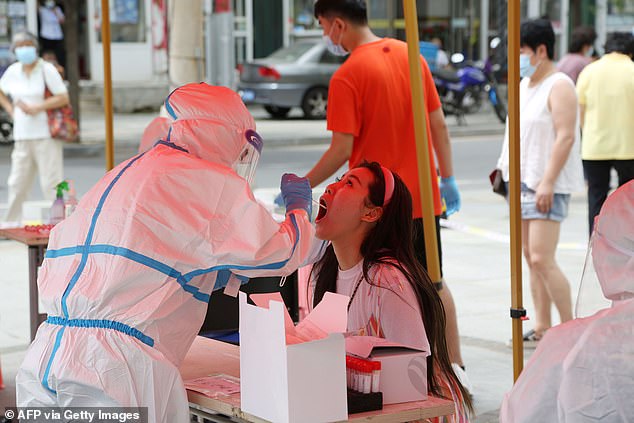 China recorded 61 new coronavirus cases on Monday – the highest daily figure since April – propelled by clusters in three separate regions that have sparked fears of a fresh wave. A health worker carries out a COVID-19 test at a makeshift testing centre in Dalian, Liaoning 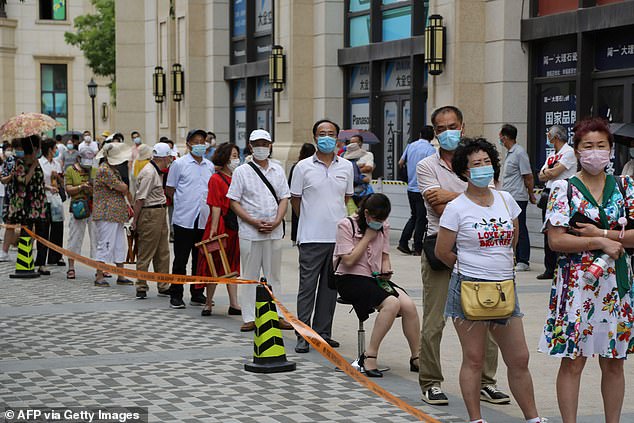 Fourteen domestic cases were recorded in the northeastern province of Liaoning where a fresh cluster broke out in the city of Dalian last week. In this picture taken on Monday, people line up to undergo COVID-19 coronavirus tests at a makeshift testing centre in Dalian

For their study, Prof Yuen and his team collected the blood samples of 452 Hong Kong resident after they returned to the city from Hubei in early March, according to their university.

Their research discovered that 17 of them, or 3.8 per cent, carried antibodies against COVID-19.

After applying the antibody rate to the entire population of Hubei, which stands at 58.1million, the team found out that some 2.2million residents should have caught the bug by early March.

Prof Yuen and his team published their study earlier last month on The Lancet Microbe, an open-access journal.

The official infection figure of Hubei, however, is significantly lower.

The provincial government said a total of 67,802 had tested positive for the virus as of March 31 while the latest infection figure is 68,135.

This means Prof Yuen’s finding is 32 times higher than the Hubei government’s number either from March or today. 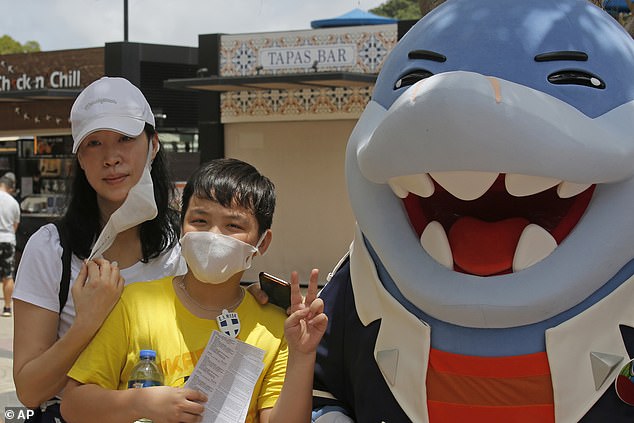 The renowned microbiologist said in June that the real COVID-19 infection number in the former virus ground zero Hubei could be 2.2million, or 32 times the government’s official toll

The researchers’ scientific endeavour was criticised by China’s state-run newspaper The Global Times.

The newspaper raised the question if Prof Yuen was ‘the most powerful foreign aid’ for the United States, suggesting that he conducted the study to assist Washington.

The Trump administration has accused Beijing of covering up the true scale of the coronavirus outbreak and the origins of the pathogen – allegations Beijing has firmly rejected.

He slammed the scientist for using 400-odd samples to deduce the number of cases of the whole Hubei, instead of resorting to the official figure from the government. 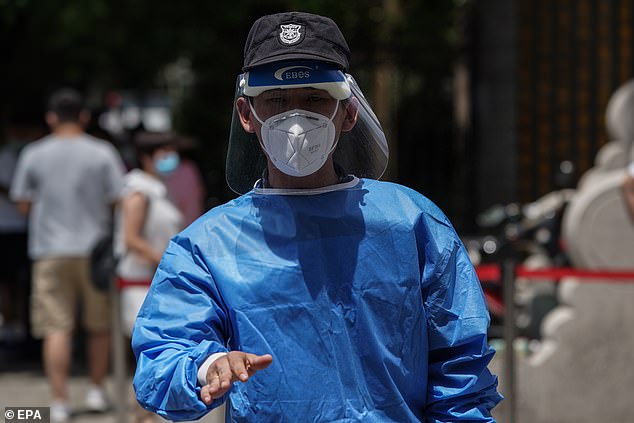 But his study was condemned by China’s state media outlets, which questioned if Prof Yuen was helping the United States smear Beijing over the pandemic. Pictured, a security guard wearing a face shield and mask stands outside a hospital in Beijing, China, on June 15

‘If calculated like this, China has 1.4billion people, so shouldn’t there be 53million infections? If the mainland people can still be so calm and carry on returning to work with such a shocking number, then it is not to demonise but deify the Communist Party,’ Mr Ng wrote on his Facebook account last Friday.

On China’s state-controlled social media platform Weibo, some users have even called Prof Yuen ‘han jian’, a derogatory term for a race traitor to the Han Chinese.

The COVID-19 pandemic was first detected in the central Chinese city of Wuhan late last year.

More than 648,900 people have died of the deadly disease worldwide, and over 16million have fallen ill.

The Chinese National Health Commission has reported a total of 83,891 coronavirus infections and 4,634 deaths as of today.