The landing “lifted the mysterious veil” from the far side of the moon, and “opened a new chapter in human lunar exploration”, according to the broadcaster.

Previous spacecraft have seen the far side of the moon but have never landed on it.

The probe, containing a lander and a rover, was launched on a Long March 3B rocket from the southwestern Xichang launch centre on 8 December.

Chinese state media said at the time that the area being targeted was the Aitken Basin in the lunar south pole region and 10 experiments would be performed – six from China and four from abroad.

Among the experiments were planting potatoes and other seeds. The rover will also conduct mineral and radiation tests.

Soon after landing, it transmitted the first “close range” image of the moon’s dark side. 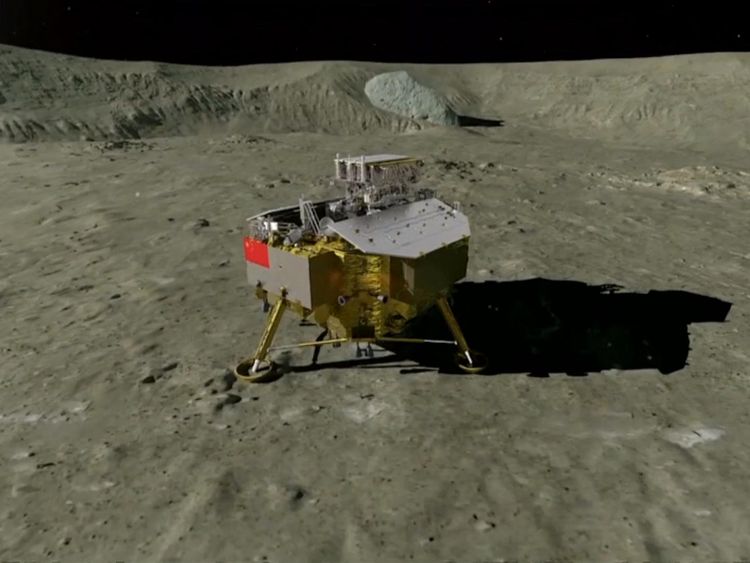 The far side of the moon is relatively unexplored and communication is difficult because it always points away from Earth and signals could be blocked.

To overcome that, a satellite named Queqiao (Magpie Bridge) after an ancient Chinese folk tale was blasted into the moon’s orbit in May, to act as a link between the lander and Earth.

While the terrain on the near side of the moon has many flat areas to touch down on, the far side is rugged and mountainous.

China, which is investing billions in its military-run space programme, has previously said it hopes to have a crewed space station by 2022.

It would also like to develop a moon base through several manned missions.