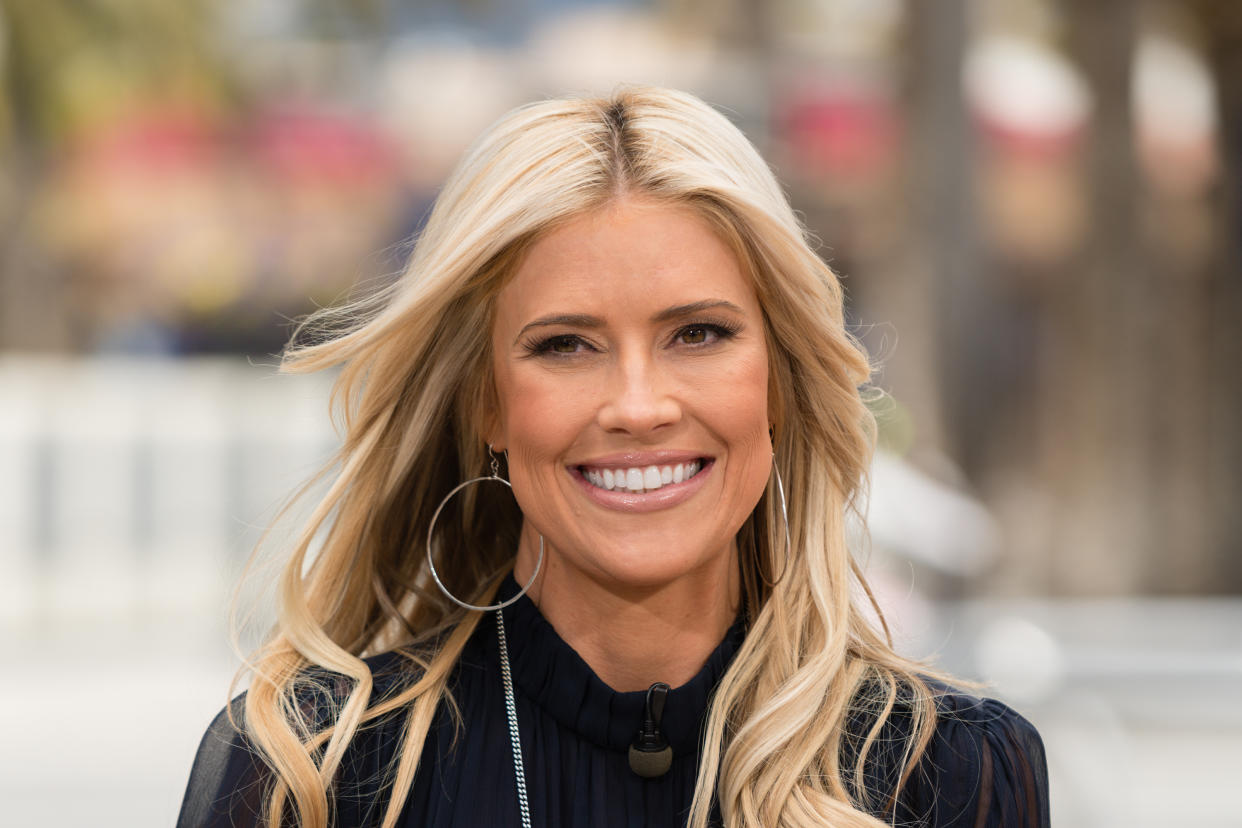 Christina Hall updated fans on her health, revealing on Thursday she has "mercury and lead poisoning." The 39-year-old Flip or Flop star said she was experiencing some "unexplained" issues and initially wondered if it could be related to her breast implants.

"My scan said I have mercury and lead poisoning," Hall wrote on her Instagram Story. "Most likely from all the gross houses I've been in (the bad flips) and I have small intestine bacteria overgrowth. So we are first detoxing all of this through herbs and IVs and then see how I feel and tackle the implants."

Lead poisoning occurs when lead builds up in the body, often over months or years, according to Mayo Clinic, and even small amounts can cause issues. It's common in adults who do home renovations, which is what the HGTV star is known for. Mercury poisoning is when a person is exposed to too much mercury, an elemental metal found in the environment or food.

"I've had some unexplained health stuff for years and now I'm considering the thought that this could be Breast implant related. Does anyone else have any experience with this subject? I'm curious on all the ladies take on this," she wrote on Instagram.

"I test positive for ANA," Hall said, referring to an antinuclear antibody test. A positive ANA test means a person's immune system has launched a misdirected attack on your own tissue, aka an autoimmune reaction. Some people have positive ANA tests even when they're healthy, per Mayo Clinic.

"I'm gluten free and mostly dairy free. I had all my under eye filler dissolved as it was causing an inflammatory reaction as well. For now just working on detoxing and positive mind set," Hall wrote on Dec. 17.

The reality star isn't letting her health issues get in the way of spending holiday time with her kids. The mother-of-three shared a photo of herself and husband, Josh Hall, Christmas shopping with her 3-year-old son Hudson. She shares Hudson with ex-husband, Ant Anstead, and the two recently settled their custody dispute. She's also shares son Brayden, 7, and daughter Taylor, 12, with ex-husband and Flip or Flop co-star, Tarek El Moussa.