In the month after floods devastated the north Victorian town of Rochester, Judith Gledhill and daughter Lisa Froon set about nourishing their neighbours by preparing countless free meals from the café they run together.

They continued the tradition on Sunday, opening Cafe Rochester to whoever wanted to join them for a Christmas Day feast. 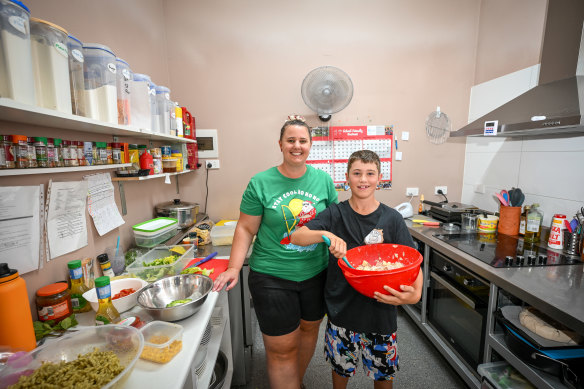 The October floods inundated most houses in the town, ensuring this would be no ordinary Christmas, with many residents forced to leave their ruined homes or stay in caravans on their properties.

Rochester was among the towns hit the hardest by the October floods and Froon said some residents were simply unable to host Christmas because their homes were so badly damaged.

She hosted a community lunch at the café last year, but said the need was even greater now with so many Rochester residents’ homes still in disrepair. 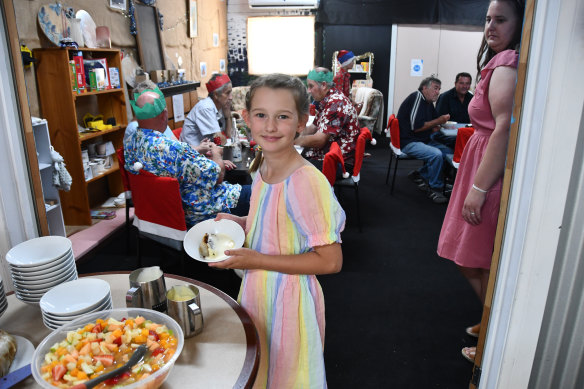 About 25 guests began trickling into the café just before midday for a free feed of turkey, ham, roast potatoes and pumpkin, salad and Christmas pudding that was paid for by donations.

One of those guests, Marg Chapman, said the town was eerily quiet this Christmas, and she was particularly missing the sound of children playing.

“My house didn’t flood, but I just can’t stop crying,” she said. 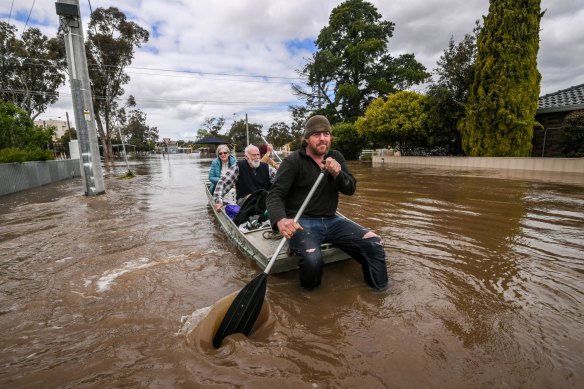 The guests chatted and laughed in the afternoon heat, as Froon’s two children Zachary and Ethel served the meals and then collected plates.

Froon estimates the café gave away up to 300 coffees a day immediately after the floods as the colossal clean-up got underway. Donations also helped fund the many free meals the café provided to people in need.

Gledhill, an operational volunteer with Rochester’s State Emergency Service unit, threw herself into working at the café even after days spent on the exhausting emergency response.

She has lost count of the number of meals she gave to struggling small business operators in the weeks after the floods. 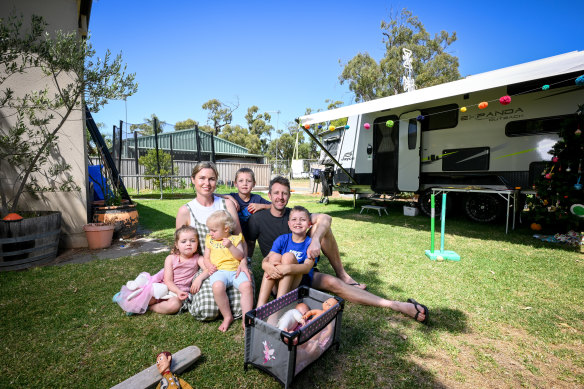 “We just knocked on their door and said ‘here’s dinner tonight’. We’d turn around and walk away,” she said. “We didn’t talk to them. There was too much emotion.”

Nearby, Eliza and Ash Watson are living in a caravan with four children on their Rochester property after the water swept through their home, causing damage that could take up to a year to repair.

They have since stayed in seven different houses and moved into the caravan about a fortnight ago, after removing a shed in the backyard, so they could fit it in.

Despite the cramped, temporary accommodation, the couple tried to give their children a cheerful Christmas, putting up decorations in the backyard and gathering with extended family even though they are also recovering from the natural disaster. 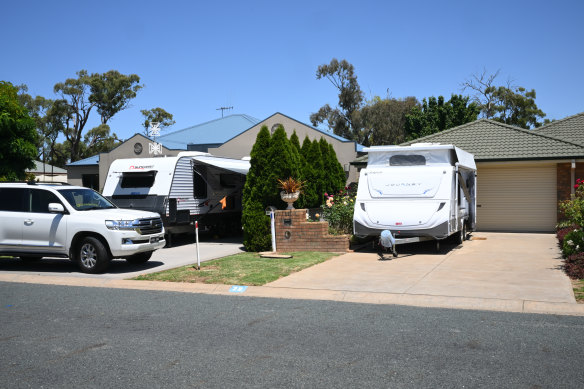 A caravan parked outside a home – a common sight in Rochester. Credit:Eddie Jim

Eliza said her children, who range in age from 8 to 2, were happy to be together even while living outside their house.

“I want them to focus on the good things rather than thinking about what they’ve lost,” she said. “I’m trying to show them that bad things happen but if you get support we come back from it.”

She said the floods had cast a pall over Rochester where many caravans and shipping containers are parked on driveways, lawns and outside houses.

Many long-time residents worry some of their neighbours will not return — for fear of facing another traumatic flood. 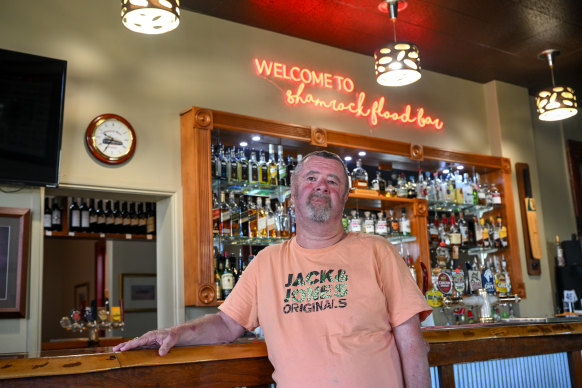 But Eliza said the community had forged stronger bonds through the disaster, bringing to light a generous spirit they could celebrate at Christmas.

“I hope the kids will look back on this Christmas fondly.”

Shamrock Hotel publican Ian Crouch was among the town’s pub operators still pouring beers on Christmas Eve, although he cannot serve food because the flood-ravaged kitchen has been stripped out.

The pub was inundated in the previous flood in 2011, and he recently placed a sign in neon lights in the front bar saying “welcome to Shamrock flood bar”. 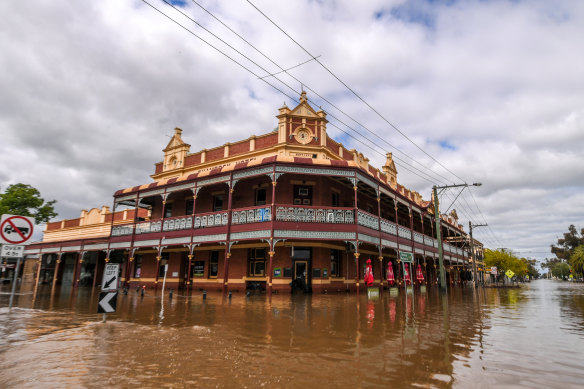 The Shamrock Hotel in Rochester in the October floods.Credit:Justin McManus

“Second time round I had to put a bit of humour into the joint,” he said.

Crouch is now living above the pub with his two sons while waiting to rebuild both his house and the interior of his business.

“I’m just working my way through it.”

On Saturday, he was preparing to have Christmas lunch in the pub with his family.

“We’ve got no cooking facilities. It will be a cold lunch, but that won’t matter. We’re together.”

Crouch said the businesses in town had been working together through the disaster’s aftermath. But it was much quieter than usual, he said, and fewer tourists were passing through to tourism locations, including Echuca.

“We used to do well from the tourist trade. It’s not happening. The traffic’s not here. The tourists aren’t coming through.”