A more detailed list of the documents seized from Donald Trump’s Florida estate was released Friday by the federal judge overseeing the former president’s lawsuit seeking a third-party special master to review the records, which FBI agents found stored in a haphazard way that mingled “top secret” records with magazines and articles of clothing.

Aside from the classified materials, the list appears to show the chaotic nature in which thousands of documents were kept.

Here’s what was recovered in the search:

The co-mingled contents of the 33 boxes not only highlight a potential security risk posed by the unsecured classified documents, but also underscore the chaotic nature of Trump’s exit from the White House and his desperate attempts to cling to power, which federal and state prosecutors are reviewing in connection with other criminal investigations.

About the same time the more detailed list of evidence was made public, Patrick Cipollone, a former Trump White House counsel, arrived at the federal courthouse in D.C. where he was expected to appear before a grand jury investigating the Capitol attack. Cipollone would be the highest ranking Trump administration official known to testify so far.

The thousands of unmarked government records recovered in the Mar-a-Lago search were not specifically identified, and it was unclear whether the volume of the material would factor into the judge’s decision on whether to appoint a special master to oversee a document review.

Read the list: What was found at Trump’s Mar-a-Lago? Read the list detailing what FBI agents recovered. 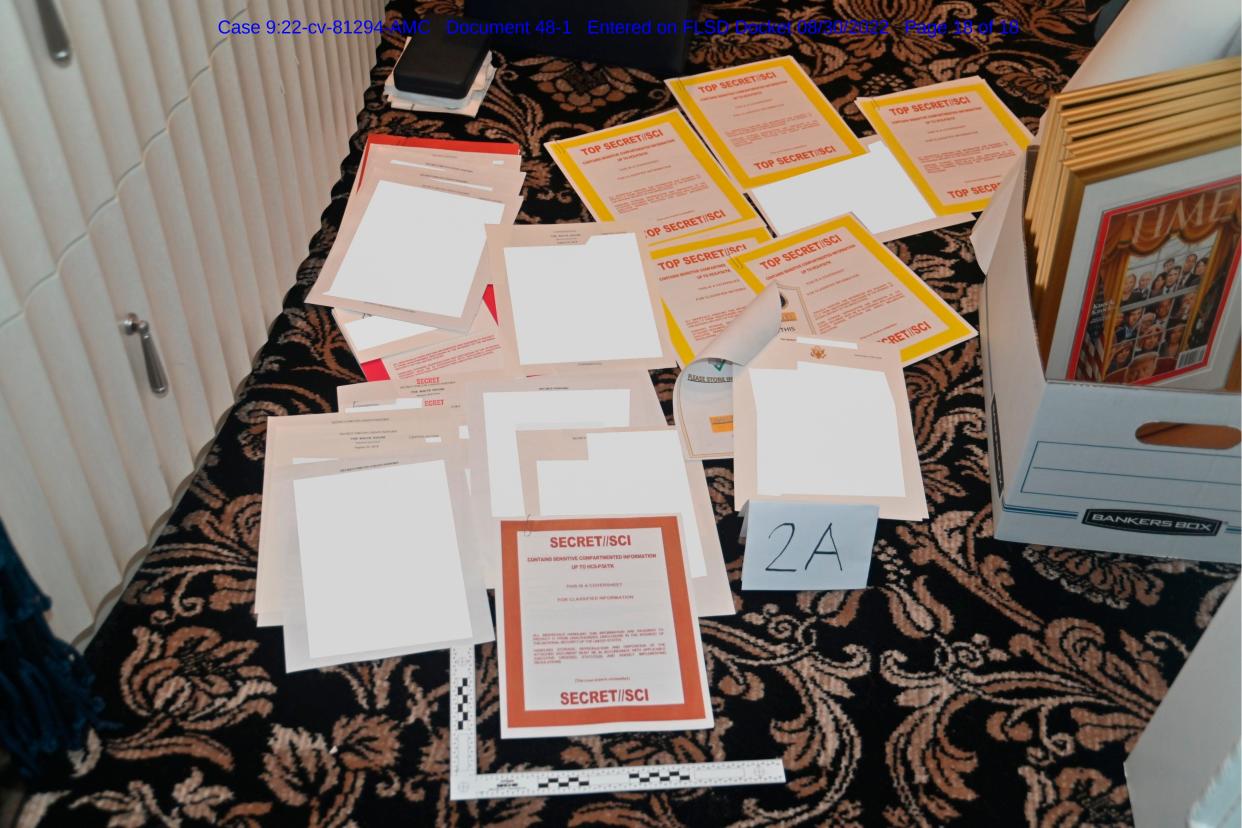 FBI agents searched Mar-a-Lago on Aug. 8 for documents from the Trump administration that may have provided evidence of violations of the Espionage Act or obstruction of justice. Trump filed a lawsuit for a special master to review the documents, to possibly block the Justice Department from documents related to communications from his lawyers or from administration aides.

U.S. District Judge Aileen Cannon released the list while deciding whether to appoint a special master and potentially limit Justice Department access to the documents.

Who had control of Trump’s records?: Meet Trump’s cast of record keepers, who have taken on significance amid Mar-a-Lago probe 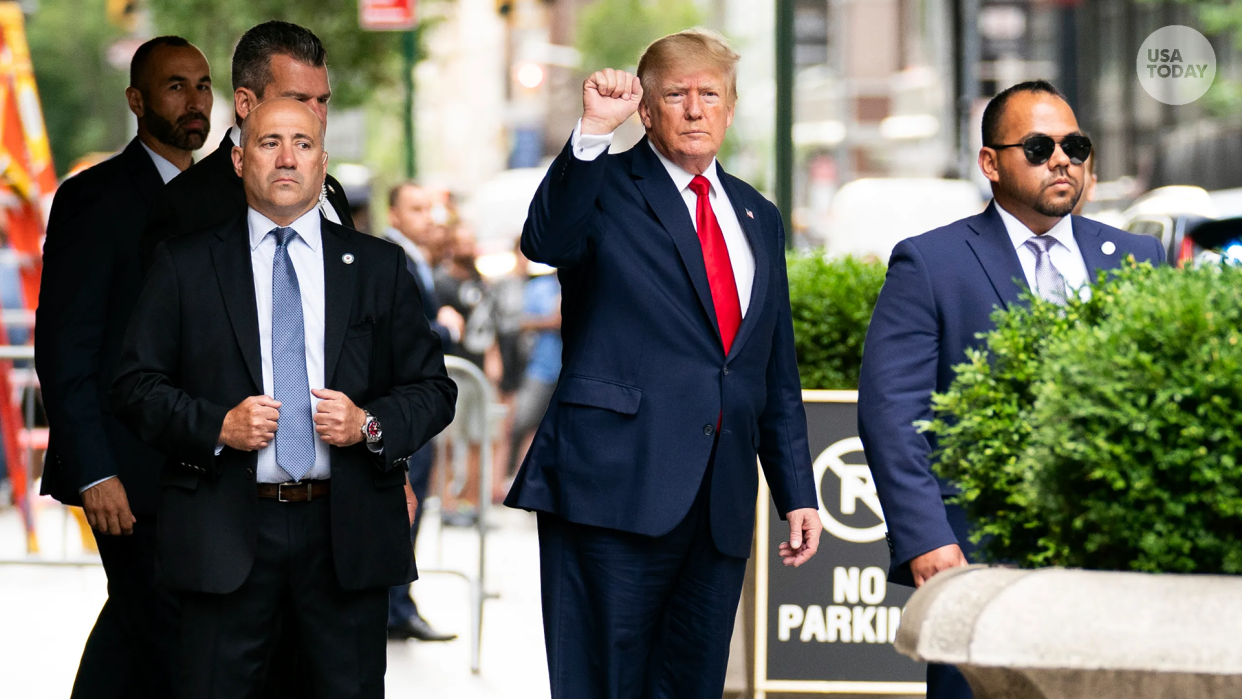 In a status report filed with the document list, prosecutors described the inquiry as an “active criminal investigation.”

“It is important to note, ‘review’ of the seized materials is not a single investigative step but an ongoing process in this active criminal investigation,” prosecutors said. “That said, the government can confirm for the court that the investigative team has already examined every item seized (other than the materials that remain subject to the filter protocols), even as its investigation and further review continues.”

In addition to the criminal investigation, the Justice Department said in court records it is working with the Office of the Director of National Intelligence to assess the potential national security risk posed by the discovery of the unsecured classified documents.

Bradley Moss, a national-security lawyer, said in a tweet that if empty folders were used to store classified documents, there will be documentation indicating who put the records in that folder and what they were. 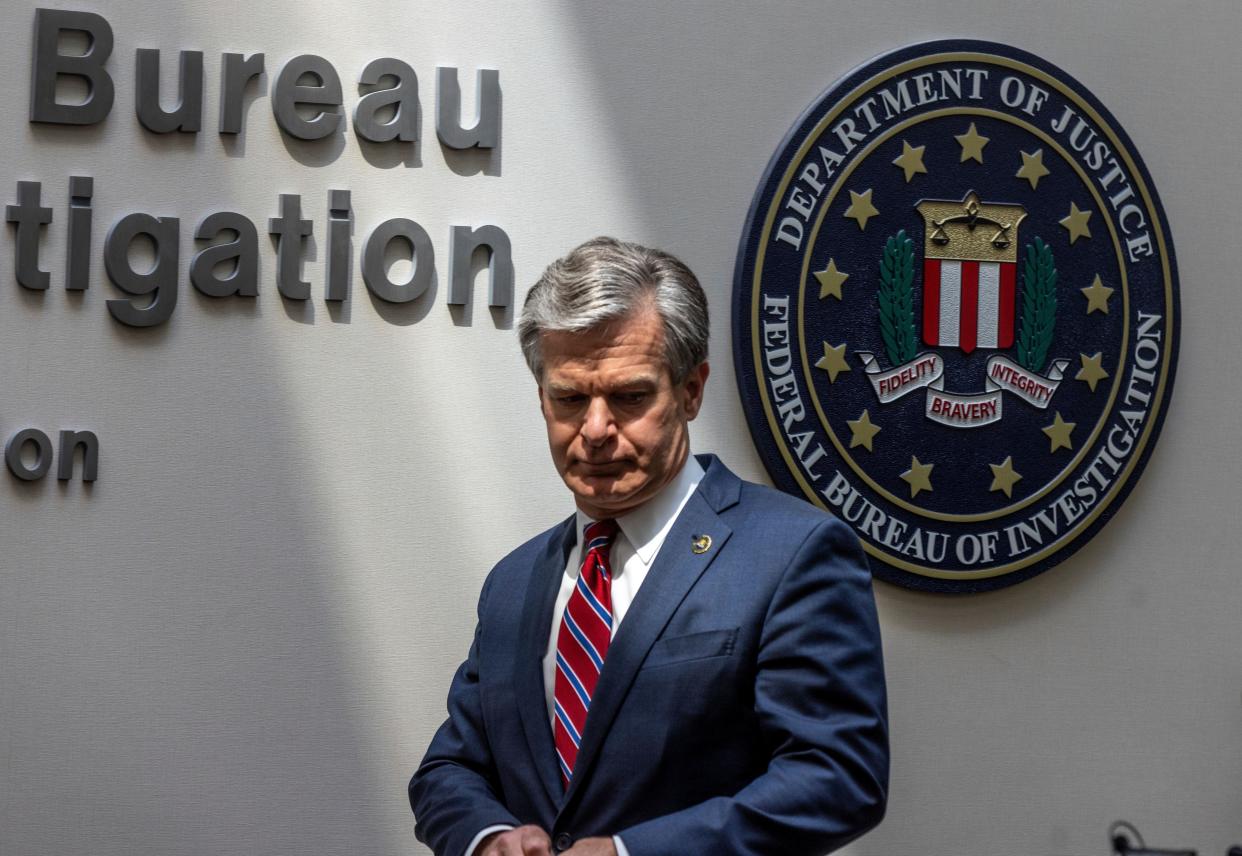 At least seven boxes of documents, photographs and other materials were taken from the former president’s Mar-a-Lago office and included at least 24 classified documents and an array of emptied folders. Two of them were labeled with directions to “return to staff secretary military aide.”

The list describes 15 “secret” documents, seven “top secret” documents and 43 empty folders with “classified” banners from a box retrieved from Trump’s office at Mar-a-Lago. Another secret document was found separately in the “45 Office.”

The haphazard nature of the storage was revealed in Box 10, recovered from the Mar-a-Lago storage room. The contents included 32 classified documents along with articles of clothing, magazine clippings, a book and a mix of 255 unidentified records and photographs.

Thousands of pictures were found in boxes in the storage room. The list also featured hundreds of magazines, press articles and other documents without classified markings. Several articles of clothing was retrieved from the storage room.

Read the unsealed list of documents recovered from Mar-a-Lago