Anil Gill, 47, stabbed his wife Ranjit 18 times in the living room of their Milton Keynes home before wrapping her body in a duvet and hiding it in their garage on January 31 this year.

He then set about cleaning the murder scene using bleach before calling the police hours later.

On Friday, Gill was found guilty of the murder of 43-year-old Ranjit by a jury at Luton Crown Court.

Jailing him for life, Judge Mark Bishop said: ‘It was a furious and savage attack with a knife, inflicting eighteen wounds – some of great depth. The last wound was to cut her throat. It was a ruthless, cold blooded attack.’ 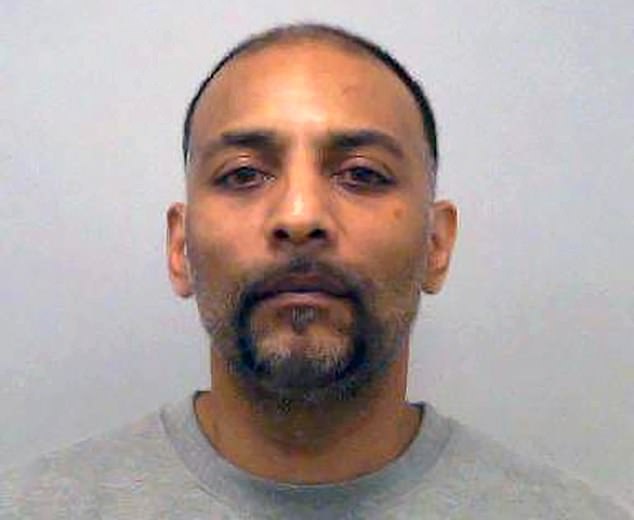 Anil Gill (pictured), 47, stabbed his wife Ranjit 18 times at their property in Milton Keynes on January 31. He was found guilty of the murder by a jury at Luton Crown Court 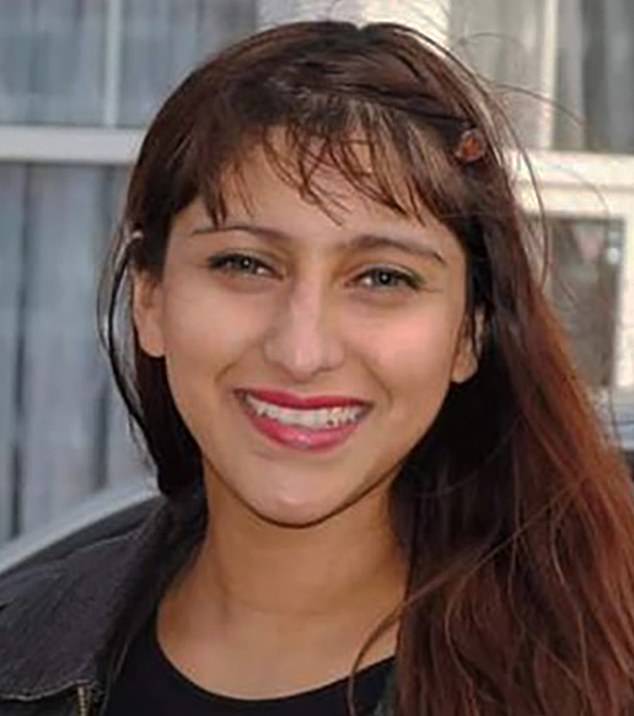 He went on: ‘It was committed with a knife taken from the kitchen. It was a prolonged and ferocious attack. There were four fatal wounds and some at considerable depth.

‘You killed her when you had taken significant quantities of cocaine. It was in her home where she should have felt safe.’

As the judge the sentenced him to a minimum term, members of Ranjit’s family said ‘Yes.’

Over the years the husband had regularly shouted at his wife, hit or slapped her and, on one occasion, had struck her around her head.

Once he had kicked her ankle and there had been another time when he hit her across her back with a plank.

He had threatened her with a knife and had pushed her down the stairs.

And on another occasion he was said to have threatened Ranjit with a Japanese sword and held a knife to her neck.

During the month long trial, Luton Crown Court heard that when Ranjit’s sister advised her to leave her husband, she told her sibling that if she did, she feared ‘he would hunt her down and kill her.’

In the early hours of January 31 this year the couple were at their home after an evening spent taking cocaine and drinking.

At around 1am a neighbour had gone to bed when she had heard the sound of a woman screaming followed by a ‘thumping or pounding sound.’

After killing his wife, Gill spent the next few hours cleaning up and wrapping up his wife’s body in a duvet and black bin liners, which he then dragged to the garage.

He cleaned the carpet in the living room using bleach and the two knives were put in a bin bag, having been cleaned. At around 10am that morning he finally called the police.

Gill was found guilty of his wife’s murder after the jury rejected his claims during the trial that he had lost self control and acted in a ‘frenzy’ after she had taunted him about an affair she had. 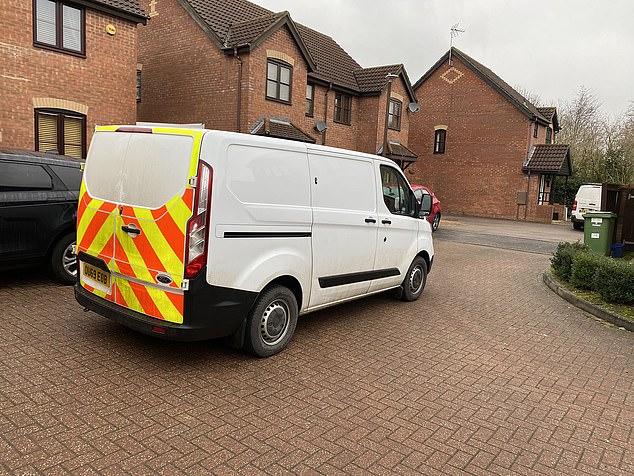 He had earlier admitted his wife’s manslaughter.

During the trial, the court heard at first the couple’s marriage was a happy one, but after they moved from Bedford to Milton Keynes where he lost his well paid job and she had health problems, their relationship changed.

In 2018, the police had attended the couple’s home following an incident between them, but when she refused to tell officers what had happened, no action was taken.

From then on, the jury was told, to cope with the abuse Ranjit began drinking heavily and, in the summer of 2020, she had an affair with a man who would supply her with drugs.

Towards the end of the year Ranjit had called a domestic violence charity hotline and the husband was also looking into starting possible divorce proceedings.

Mr Ward-Jackson said in the weeks leading up to the killing both were drinking to excess and taking cocaine bought from the man Ranjit had been seeing.

The court heard that having been arrested and taken into custody, Gill was seen by a psychiatric nurse and told him how he didn’t drink and never took drugs, which was not true.

He claimed he had agreed to take alcohol and cocaine the previous night and the combination had ‘turned him into a killer.’

But the prosecution said a sample of the husband’s hair was taken for analysis and revealed traces of cocaine in it, showing he had to have been taking the drug from late December of 2020 to late January of 2021 and not just the night before.

Following the sentencing, Ranjit’s brother Raj Sagoo said: ‘As a family we can be talking about anything and then suddenly out of nowhere Ranjit is the topic of conversation again and the horrors of what happened come back, it never leaves me, she is always there in my mind, always a void now in my life and that of my family’s life.

‘A void that will never heal. Imagine, anyone that reads or hears this, imagine for one moment that a person you loved was killed in such a violent and callous way, ask yourself if you could put it into words like I have been asked to do.

‘I can’t tell you how I am feeling, it is impossible to put into words how sitting through this trial and hearing the horrors makes me feel.

‘I will always hold Ranjit in my heart and I hope that she is at peace, resting easy with the knowledge that she is safe and that real justice is served.’

Ranjit’s sister Tejinder McCann said: ‘My baby sister was taken away from me by a man who was supposed to have cared and loved her in sickness and health. 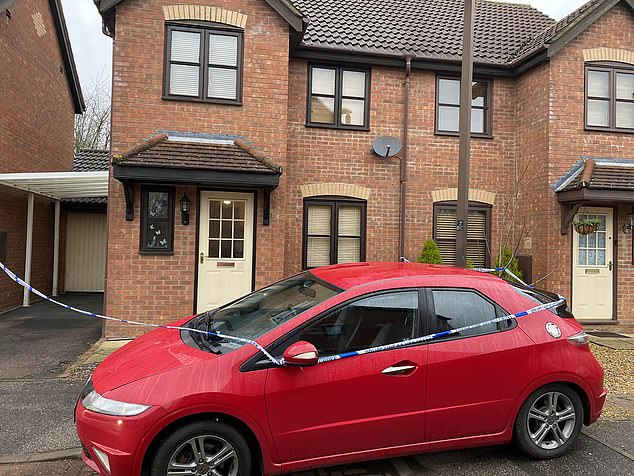 ‘Ranjit you loved us so much, and you were truly an angel. May you shine down on us with your ray of light that will never be extinguished. We love you Ranjit always and forever.’

Kamel Aujla, sister of Ranjit, said: ‘I am the sister of Ranjit also known affectionately to me as Nita. I have sat and listened to the evidence in court and it has made me feel sick, hurt and disgusted.

‘Even now he does not fully accept what he has done, I see and hear no remorse, he puts all the blame on Nita, and minimises what he has done with claiming loss of control.

‘I will never forget the hurt, it hurts every day, I miss her every day, he will have his life back one day, I won’t, my sister will not have her life.

‘If you are in an abusive relationship, please leave, please get help. Don’t become a statistic like my sister. She was special, she was worthwhile and she wasn’t alone. She was enough, more than enough.’

‘HHJ Bishop described this murder as ruthless and cold-blooded with a significant number of aggravating factors. I am satisfied the minimum term to be served of 22 years reflects the severity of this awful crime.

‘I would like to again pay tribute and thank the family of Ranjit who have shown such dignity in the most terrible of circumstances.

‘Domestic violence and abuse is not acceptable and people should not have to suffer at the hands of someone else.

‘I would encourage anyone who is being abused by a partner or family member to please report it.’