Facebook has banned the sharing or viewing of our news articles on its platform. For independent journalism straight from the source, download our app and sign up to our newsletters.

A NSW Police officer has told a parliamentary inquiry obstacles in overseas jurisdictions do not support calls to introduce an offence for coercive control.

Chief inspector Sean McDermott said challenges of translating behaviours into evidence resulting in low prosecution and conviction rates in the UK should give lawmakers “pause for thought” in considering alternatives to creating a new criminal offence.

He was among domestic violence academics, community workers and legal experts to appear at the first hearing of the parliamentary inquiry into coercive control in domestic relationships. Fifty different representatives will appear over the three-day inquiry. 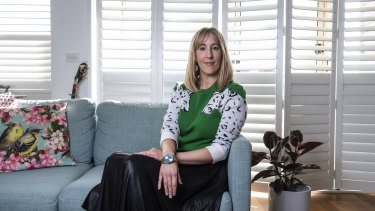 NSW Attorney General Mark Speakman in March announced the inquiry in March last year, while a subsequent discussion paper garnered more than 100 submissions to inform how the state could move to criminalise coercive control.

“The cumulative effect…is to rob victim-survivors of their autonomy and independence,” it said.

One woman is killed by a current or former partner every nine days in Australia. Among men the figure is every 29 days.

Between 2008 and 2016 there were 150 intimate partner homicides in NSW, of which 90 per cent were classified as having occurred in a domestic violence context. In 111 of the case the relationship between the victim and the perpetrator was characterised by coercive controlling behaviour.

Coercive control in an intimate or family relationship was criminalised in England in 2016, while similar legislation was introduced in Scotland and Ireland in 2019. In Australia, Tasmania is the only state or territory to have enacted criminal offences that directly criminalise emotional and economic abuse, however the offence is not commonly used.

NSW currently prosecutes non-physical violence in a domestic and family violence context through other criminal offences like stalking or intimidation.

“I think it’s hugely dangerous if it isn’t adequately resourced. I think it would be huge burden on the frontline domestic and family violence sector, because they will have to respond to people who are affected by coercive control and that will again further exhaust their services that are already exhausted.“

Dr Heather Nancarrow, chief executive of the Australia’s National Research Organisation for Women’s Safety, on Monday said the strongest argument for creating a coercive control offence was its symbolic power.

“It’s the state saying: this is not tolerable and we will sanction it,” she said.

Dr Nancarrow told the inquiry that a cost analysis would be required for police and all other aspects of the criminal justice system to enact a coercive control offence effectively.

“Some jurisdictions believe that it’s more appropriate to have specialised police. That works well in large metropolitan areas but it’s doesn’t provide equal access to justice for women in rural and remote communities.”

Also fronting the upper house inquiry was lawyer Harriet Ketley, on behalf of the Law Society of NSW. She urged caution in introducing any new offence to ensure it did not unfairly burden indigenous Australians.

Ms Ketley cited a 2017 report by the Bureau of Crime Statistics and Research that found the number of Indigenous Australians sent to prison for stalk and intimidate offences was more than eight times higher in 2016 than 2012.

She said only so much could be gleaned by looking at the experience of jurisdictions like Scotland, which some advocates describe as the gold standard, because their demographics did not make for a fair comparison.

“Jurisdictions such as Scotland obviously do not have the same crisis of indigenous incarceration that we do in NSW.”

“That means we can’t just take legislation from other places and transfer it here. We need to be really cognisant of what were doing.