Coles stores around the country have turned away customers after supermarket registers went down on Friday afternoon.

Staff at Perth stores were told IT issues caused the shutdowns and customers had to be turned away from checkouts after registers were unable to process financial transactions. 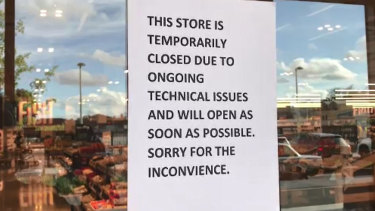 Groceries were left at the checkout in the Coles stores in Brunswick East. Shoppers have been turned away from some Coles outlets after the supermarket’s cash registers were hit by an IT issue this afternoon.Credit:Nine News

Customers across the country took to social media to vent their frustration.

"Halfway through a shop and we are told that cash registers at all Coles stores are not working due to IT issues. They’re not sure for how long. Off to Woolies," Twitter user Tracey Findlay said.

A Coles spokeswoman confirmed it had temporarily closed its supermarkets due to a "technical issue" in processing payments.

"Our team is working hard to fix the issue and stores will reopen as soon as possible," she said. 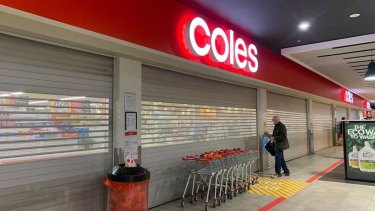 "We apologise to our customers for the inconvenience."

Retail rival Woolworths tweeted that its stores continued to trade as normal.

We will use your email address only for sending you newsletters. Please see our Privacy Notice for details of your data protection rights. The Government…

LONDON — In the greater scheme of things, fishing is a tiny industry. Just 12,000 people in Britain fish from 6,000 vessels, contributing less than…