British company director was killed by a tram after playing drunken game of hide-and-seek ‘like teenagers’ with his girlfriend on romantic 45th birthday trip to Prague, inquest hears

A British company director died after being hit by a tram during a romantic birthday trip to Prague with his girlfriend, an inquest heard today.

James Elton, who ran a construction company, was struck shortly after playing a drunken game of hide and seek ‘like teenagers’ with his partner Amber Minterne.

The couple briefly lost contact with each other and so she walked on to their hotel.

When a receptionist told her Mr Elton had not returned she retraced her steps, saw police cars in a busy street and was horrified to spot him lying in front of a tram.

Miss Minterne said the father-of-two had spent the morning of his 45th birthday opening gifts and looking at texts and Facebook messages from friends and relatives. 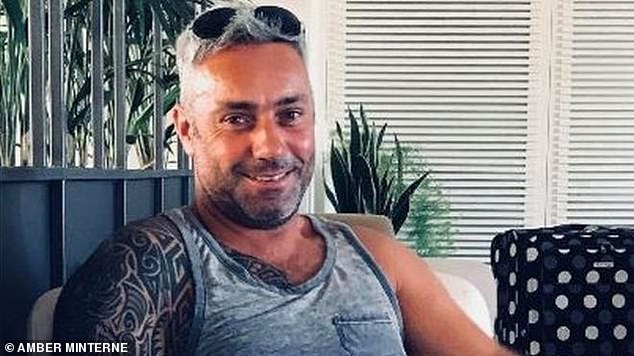 James Elton,  (pictured) who ran a construction company, was struck shortly after playing a drunken game of hide and seek ‘like teenagers’ with his partner Amber Minterne

The couple, from Crookham, near Fleet, Hants, had breakfast and then spent the rest of the day and early evening sightseeing, drinking, eating and taking photographs.

‘It was a very nice day. He was absolutely fine, loving life,’ Miss Minterne told the inquest.

‘We had dinner in the main square and were almost bar-hopping, looking at tourist places, taking beautiful photographs, just having fun.’

The couple were on their way back to their four-star hotel, The Green Garden Hotel in the city’s New Town, when the tragedy happened.

She told Winchester Coroners’ Court, Hants: ‘We were together until the very last bit, just having fun and mucking about, being almost like young teenagers being drunk, skipping about, dancing, jumping out at each other.

‘The last time I saw him I turned a corner and he wasn’t there.

But the receptionist at the hotel hadn’t seen Mr Elton so she retraced her steps.

She said: ‘I remember trying to call him. That’s when I remember seeing the emergency lights. I asked a police officer and then saw a man lying on the ground in front of a tram.

‘There were lots of police cars around and then an ambulance turned up.’

She noticed a lot of parked cars parallel to the tram, so suspected he had walked out between them into the path of the tram.

The Czech authorities later told her Mr Elton had died on impact.

She added: ‘They said the impact would most certainly have killed him straight away.’

The pair had flown to Prague the day before his death on November 3 last year.

Paying tribute to her boyfriend, who ran a construction company, Miss Minterne told the inquest: ‘He was a beautiful man inside and out and made a massive difference to my life in the seven years I knew him.

‘He lit up the room whenever he walked into any room. He had hundreds and hundreds of friends and made new ones wherever he went. He brought a smile to everyone’s face and was an amazing son, father and brother.

‘Every year for his birthday I booked somewhere for us to go because with presents I could never get it right,’ she added. ‘[Prague] was somewhere we both wanted to go.’

Mr Elton’s daughter, Claudia, told the inquest: ‘My dad worked hard and payed hard. He was a gentleman. He was a brilliant dad. He had a really good heart and I miss him terribly’.

His father, Maurice Elton, told the inquest: ‘He’d worked hard all his life and had worked himself up to having his own company. He was at the top of his game at the time. He was a hard worker and he’d achieved what he wanted.

‘He was fun loving and just enjoyed life.’

Mr Wilkinson said he had no evidence from the Czech authorities to suggest how drunk Mr Elton was, but his injuries were consistent with being hit on the left hand side of his body.

The coroner added: ‘[Mr Elton] was pronounced dead at the scene. It would have been instantaneous.

‘It makes it even more tragic that he should lose his life on the day of his birthday celebrations.

‘The primary cause of death was a head injury.’

He added the head injury would have been ‘severely traumatic in nature to cause death outright’.