Frustrated Victorians whose weddings and holidays were cancelled because of the coronavirus pandemic are taking legal action in a bid to recoup money.

In one recent case, a couple whose large wedding at the Collingwood Children’s Farm was cancelled received a $9230 refund from an events company after pursuing action in the Victorian Civil and Administrative Tribunal. 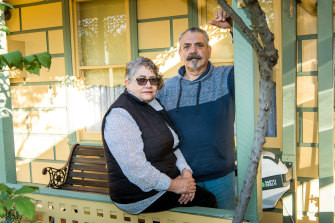 Maria and Lou Larubina are taking legal action to recoup money from a travel company that refused to refund their deposit on a trip cancelled because of the pandemic.Credit:Justin MacManue

In another case published last month, a houseboat hire company was ordered to refund $1900 to a man whose holiday on the Murray River with interstate friends was unable to go ahead because of stay-at-home directions.

Maria and Lou Larubina recently filed a VCAT application against travel company Inspiring Vacations after unsuccessfully trying to claw back a $5800 deposit for a 21-day bus tour of Spain, Portugal and Morocco.

The Coburg couple, who are in their 60s, booked the tour in November 2019 and were due to travel overseas in June before the pandemic disrupted their plans.

“We had no control over any of this,” Ms Larubina said. “The borders were shut, the trip was cancelled. Why didn’t they do the right thing and refund us?”

She said the tour company initially offered a $3772 refund, deducting a $2028 fee for costs already incurred, which she said was unfair.

They instead opted for a travel credit, which expires in December 2021, but with slim hopes of being able to travel overseas before this cut-off, Ms Larubina’s travel agent requested a full refund in January. The travel agent then advised the couple take action in VCAT.

Money has been tight for the couple because Mr Larubina, who is a carpenter, was out of work for 10 months last year because of the downturn caused by the pandemic.

“We just want to move on with our lives,” Ms Larubina said. “This is a lot of money for us.”

Paul Ryan, the managing director of Inspiring Vacations, said there was nothing on record to show that the Larubinas were unhappy with the full credit provided to them.

‘We just want to move on with our lives. This is a lot of money for us.’

“The customers should really contact us and explain the nature of any hardship they may be experiencing for our consideration,” he said.

Mr Ryan said the tour operator incurred significant costs before customers embarked on travel and a full credit was in clients’ best interests.

He said the company was offering Australian and New Zealand tour, rail and cruise holidays, and travel credit expiry dates to as late as 2024.

“Neither our current terms nor our terms that were in force prior to COVID-19 entitle customers to any refund under these circumstances,” he said. “Our approach is in line with most tour operators in the Australian market.”

While it’s not known how many Victorians are pursuing legal action to claw back money for cancelled events, data from Consumer Affairs Victoria shows a dramatic increase in complaints and inquiries related to travel, holiday accommodation, events and ticketing over the past financial year.

Consumer advocates are calling for Australian laws to be overhauled to give consumers a right to a refund if an event or holiday is cancelled owing to factors outside human control.

Current laws do not guarantee refunds when a service is disrupted because of external forces, such as border closures. 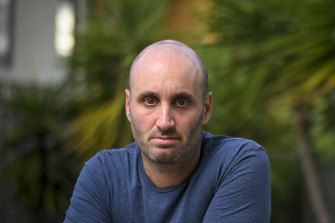 Adam Glezer is calling for an overhaul of Australian laws to better protect consumersCredit:Eddie Jim

“They have pursued every other avenue,” he said. “They have complained to regulatory bodies, repeatedly asked for refunds for over 12 months. Most people are using this as a last resort.”

Consumer Action Law Centre chief executive Gerard Brody said Australia lagged behind countries such as the Britain, where consumers had a clearer right of a refund if a service was cancelled because of COVID-19.

He said an ombudsman service should be created to provide consumers wanting to settle disputes with suppliers with a cheaper alternative to VCAT.

The Australian Competition and Consumer Commission is working with government and state and territory regulators to consider whether changes are needed to fix issues that have cropped up during the pandemic.