CRIMINALS are flooding British streets with 3D printed guns in an "unprecedented" security threat, a Sun investigation has found.

Cops have been ordered to search for the futuristic devices in every house they raid no matter what crime has been committed in a ramped up response. 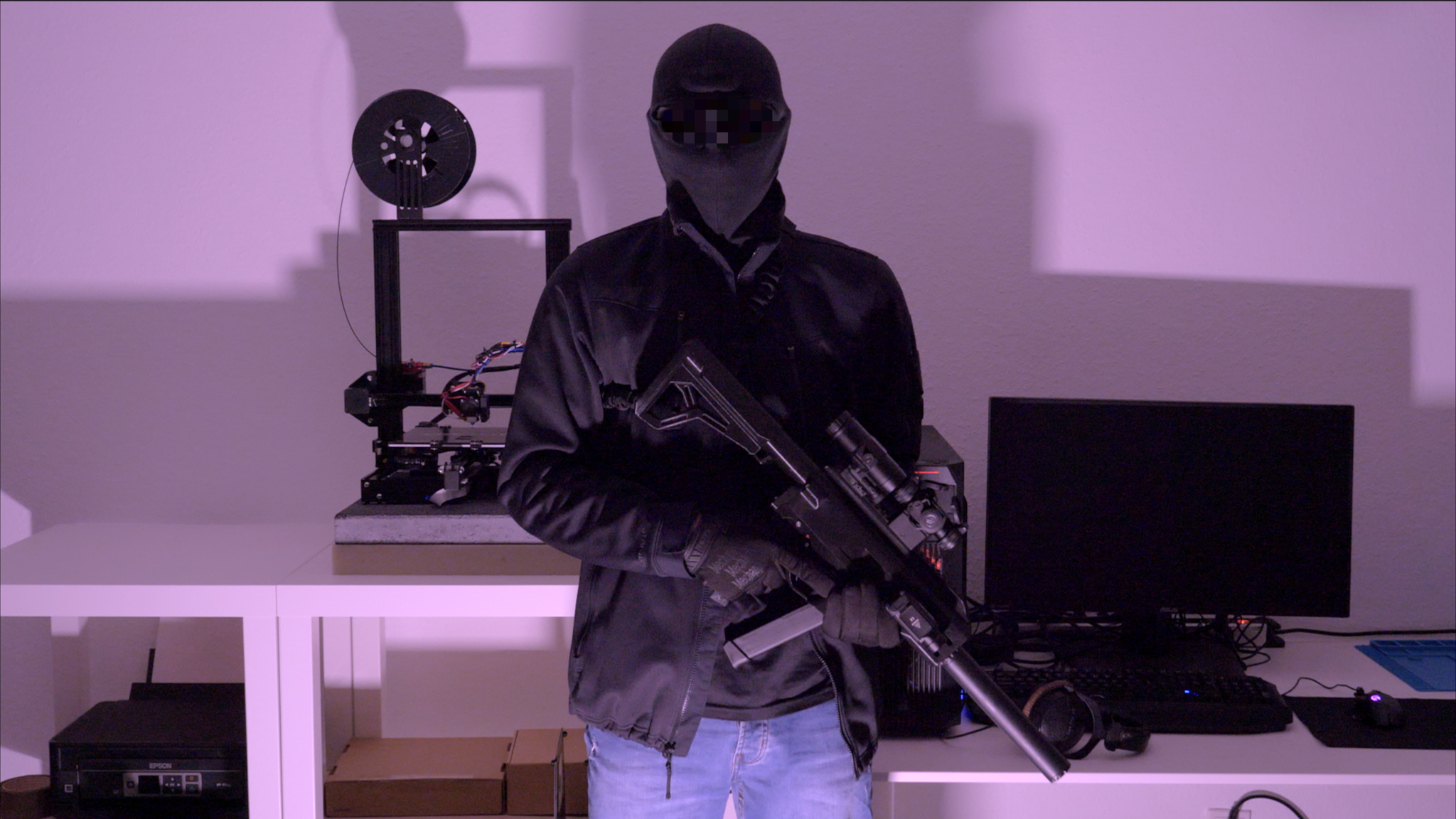 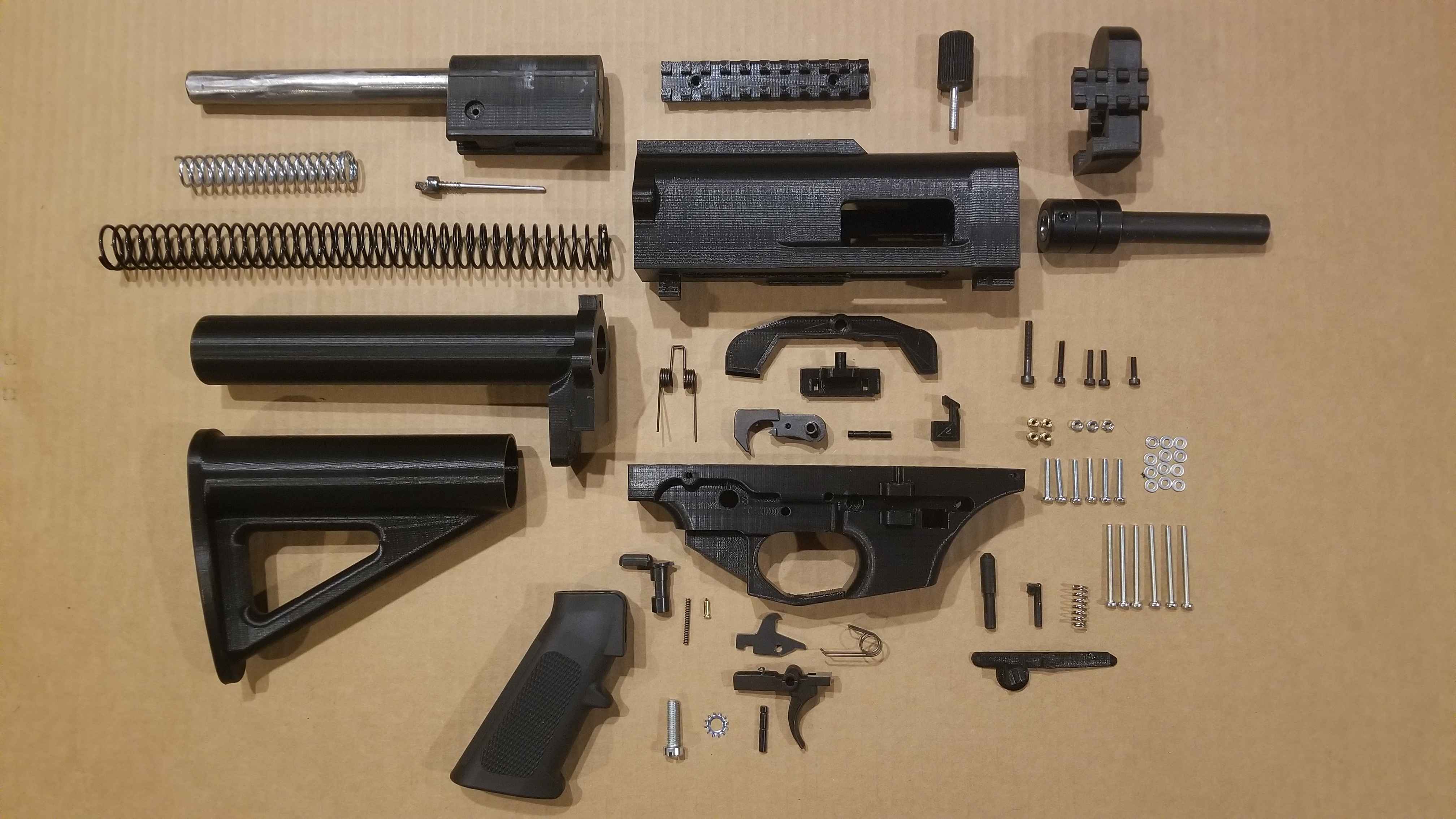 They have also been tasked with disrupting the supply of blueprints for the weapons which have been disseminated by extremist pro-gun groups online.

Just two years ago the Met declared there was “no widespread concern” over printed guns – but there has since been a “quantum leap of monumental proportions”.

Police sources are “extremely concerned” over a surge in finds sparked by an “exponential” advance in technology and thousands of instruction videos on YouTube.

It is feared the UK could soon be overrun with the military grade shooters that cost a few hundred pounds to produce and require only a basic understanding of tech to print.

“The most concerning element is that this cuts across and appeals to all criminality. From the loner in his bedroom to organised crime, they will all find it very attractive.” 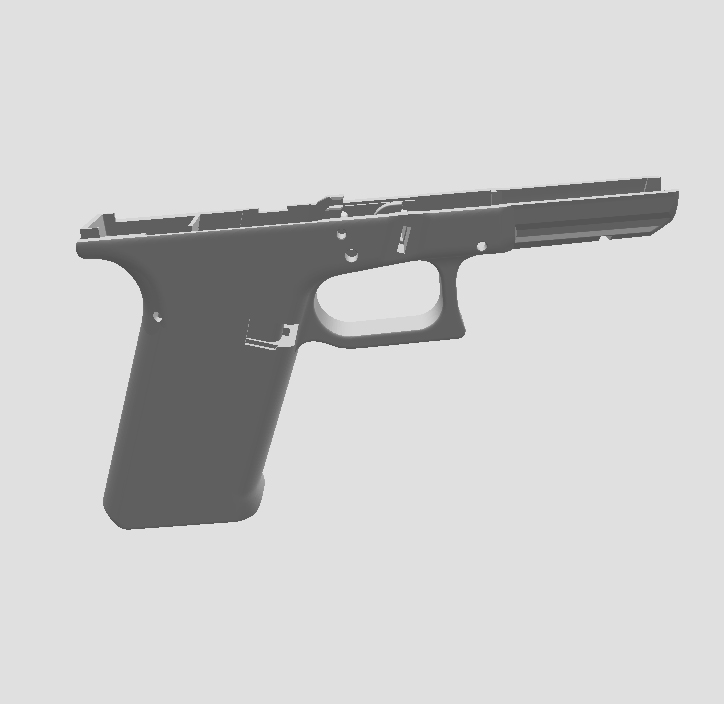 Anyone can download a blueprint from hacktivist sites in seconds and upload them on 3D printers that cost as little as £150.

The devices produce parts in plastic resin with instruction manuals teaching users how to construct them with a few metal parts from DIY stores to make them fully functional.

Thousands of detailed videos explaining how to assemble them are readily available on YouTube and users boast of test firing them thousands of times without failure.

We spoke to a senior figure in the underworld who said printing the weapons was “a doddle” with imitation Glocks the “weapon of choice”.

Speaking on condition of anonymity, the gangster said: “A kid I know makes them for people and he’s pretty good at it.

“He’s got the prints from online and has a decent 3D printer and he sells them to certain groups who need them – normally to put the frighteners on a fella or two.

“The plastic gangsters are the ones who are using these, because they can’t get hold of the real thing.

“That’s what makes these dangerous – they’re sloppy and unprofessional. Kids who think they’re it and they ain’t.” 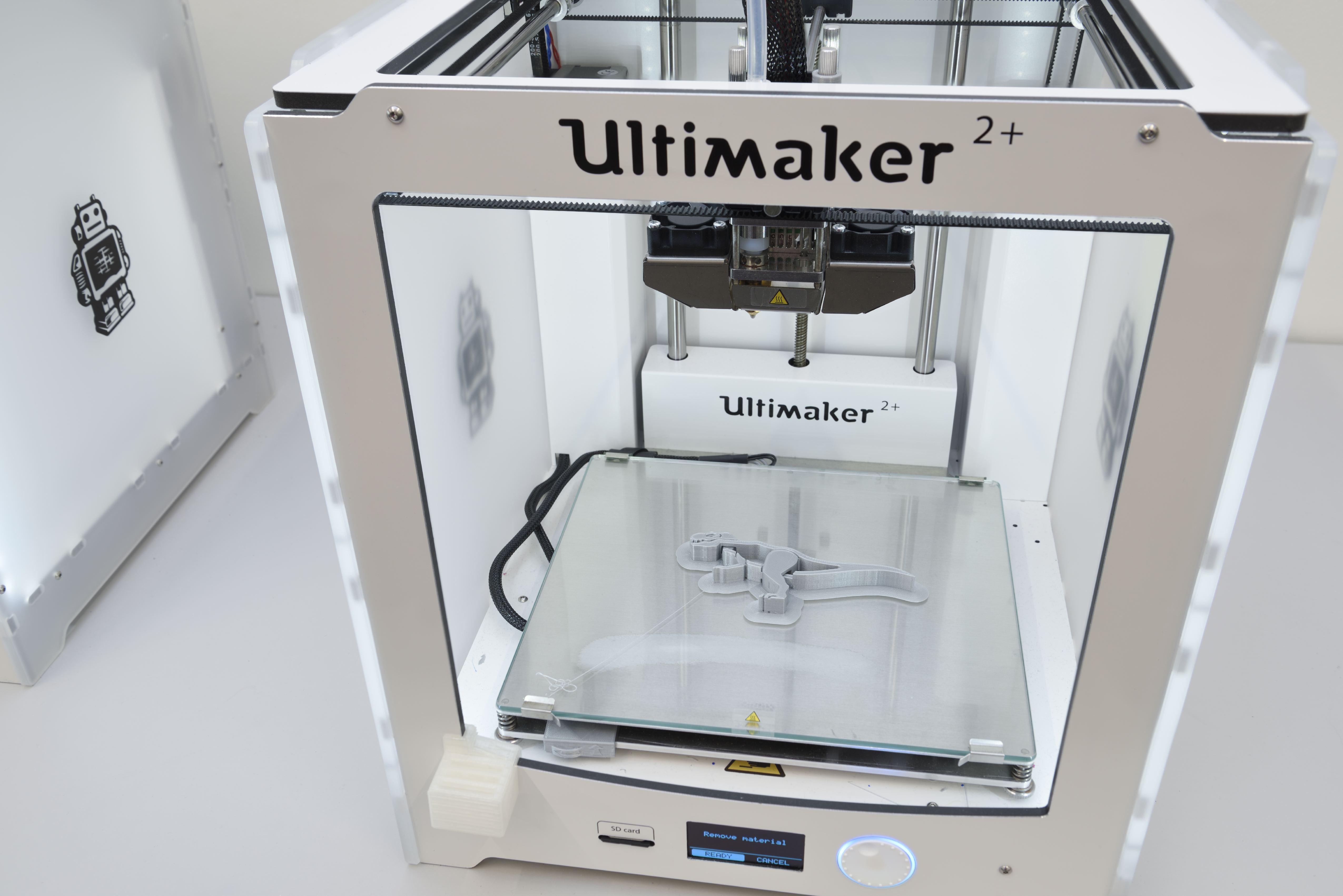 The single shot handgun was prone to failure but online activist cells moved the plans on to use 20 per cent metal parts and make fully automatic replicas that can last for years.

One European group, Deterrence Dispensed, has instruction manuals and blueprints for hundreds of tried and tested weapons easily accessible on their website.

Its founder, J Stark, boasted: “The average Joe with no technical experience can make these.”

Top ballistics expert Philip Boyce told The Sun: “The 3D printers are not only getting better, but they are also getting much cheaper.

“This is worrying because in the UK it’s very difficult for criminals to acquire real guns, but my colleagues in the Met have told me they are beginning to see more 3D printed guns.

“3D guns don’t leave distinctive rifling marks like traditional guns, so it’s impossible to trace the ballistics on them.

“If a person uses a 3D printed firearm made from plastic and they go and shoot someone they can melt it down in acetone and it’s completely gone.

“The few metal parts from a DIY store they can just throw away.”

What is a 3D printer?

Three-dimensional printing allows people to create a huge range of solid objects with a special printer.

To create something, you have to download the file and have advanced computer software for a special printer to interpret it.

The model then needs to be "sliced" into thousands of horizontal "layers" with different software. The printer then builds the object layer-by-layer.

The printing process works by dripping tiny beads of hot plastic on top of one another, following a pattern laid out by the blueprint diagram.

3D printers can be bought for use at home, or you can go to a 3D printing service.

The first conviction over the weapons on UK soil was in September 2019 when Tendai Muswere was jailed for three years for producing the firearms.

At the time the Met said there was “not widespread concern” – but now every cop in the country has been briefed on the threat.

Officers were told in February to look for telltale signs of 3D printers when raiding a property no matter what offence has allegedly been committed.

It is in response to a string of cases involving printed firearms including a 17-year-old Nazi jailed for trying to build one in January.

A frontline cop speaking on condition of anonymity told The Sun: “This is a huge threat.

“We have been told every time we enter a property we need to look for certain things that suggest a 3D printer is present.

“If we see it we need to ask, why have they got it? What’s the purpose of having this?

“This is seriously concerning, it is an unprecedented threat.” 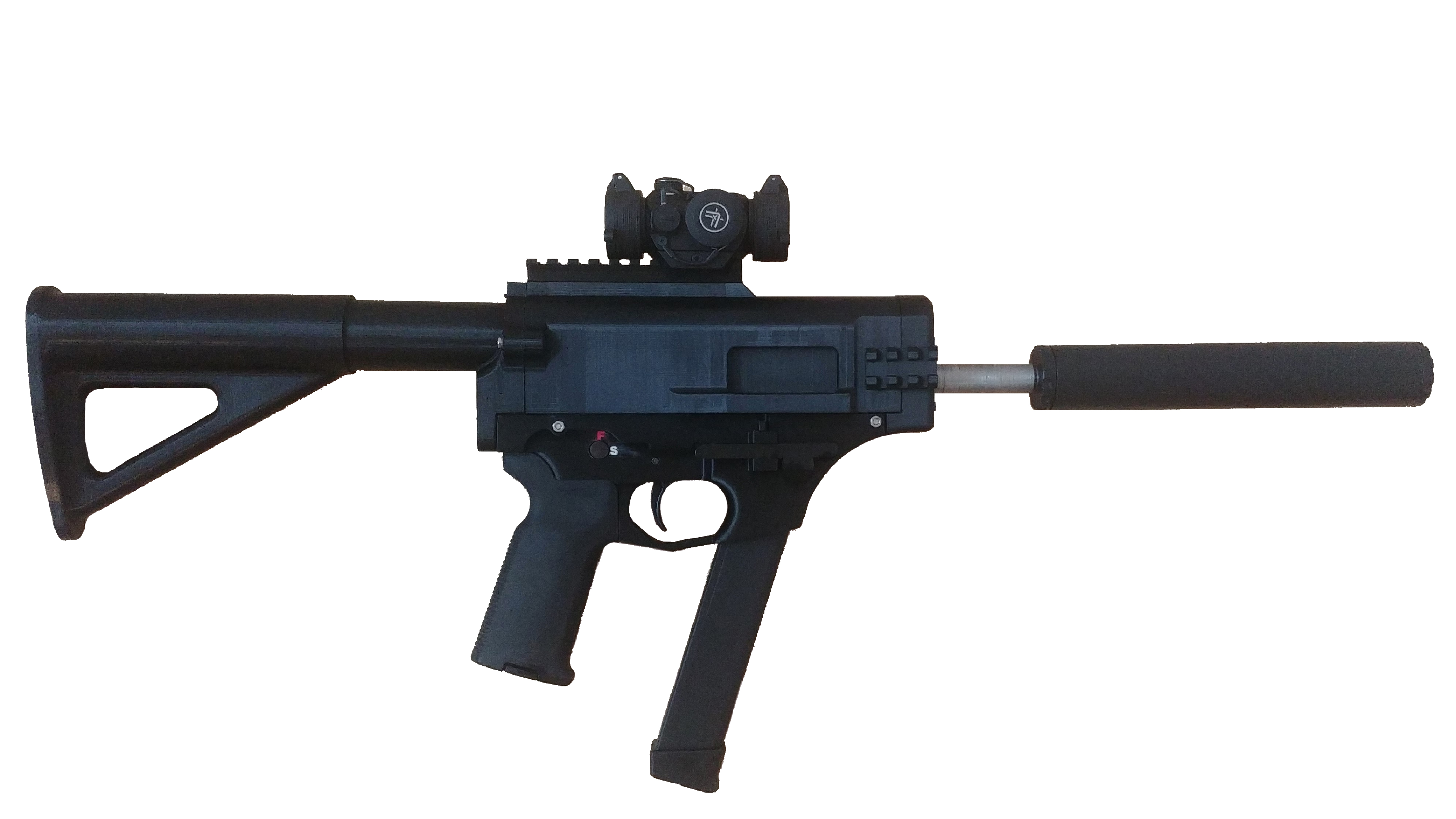 Bleksley added: “In less than two years it’s gone from The Met saying there’s not widespread concern to every police officer being told to look out for a printer at every house they go to.

“That’s a quantum leap of monumental proportions – in less than two years.

“That’s an enormous and particularly worrying. It shows just what a fast-moving job law enforcement is, you can’t rest on your laurels.

“Less than a year ago they’re celebrating cracking endo-chat and now there’s massive widespread concern of 3D printers and weapons.

“They don’t get long to enjoy their successes.”

Matt Perfect, National Crime Agency firearms threat lead, said: “Criminals who use any type of firearm have clear intentions; to spread fear, incite violence and cause harm to our communities.

“Criminals are resourceful and willing to use a variety of means to acquire illegal weapons, which, in some cases, may include producing 3D printed firearms.

“The manufacture or possession of 3D printed weapons is covered under existing firearms legislation. We are closely monitoring the impact of 3D guns and their unique vulnerabilities, working closely with partners to suppress the availability of illegal firearms in the UK.”