A disgraced Victoria Police officer has been sentenced to more than four years in prison after she pleaded guilty to 10 fraud offences, including deceiving locksmiths, to dishonestly obtain six properties.

Former sergeant Rosa Catherine Rossi, 57, also defrauded Centrelink, accessed the police database LEAP without authority, and falsely claimed in statutory declarations that her name was Dianne Marshall and that she lived in Endeavour Hills. 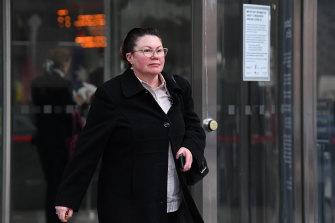 A former bankrupt, Rossi used a string of other aliases during her 18-month crime spree, including Kelly Randall, Elizabeth Turner and Kim Snowdon.

Often dressed in her police uniform, Rossi exploited her role with the force to persuade locksmiths and council officers to unwittingly assist with her bizarre criminal enterprise.

In January 2017, Rossi attended the offices of Hobson Bay Council, where she induced a council employee to provide personal details of an alleged victim.

She also accessed the police database LEAP without authorisation, to acquire information about the owner of a Malvern East home in October 2016. A month later, she gained entry to the property by telling an unsuspecting locksmith it was a deceased estate. 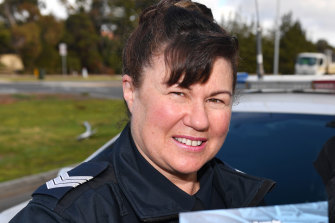 She told tenants at a Chadstone house that the owners had been deported, while claiming a Brooklyn property had been abandoned.

Once inside the properties, she often removed personal belongings, found tenants and charged rent, with plans to eventually obtain clear title under the legal doctrine of adverse possession.

An investigation by the Independent Broad-based Anti-corruption Commission, dubbed Operation Salina, also resulted in Rossi being charged in 2018 with fraudulently claiming rent assistance from Centrelink on behalf of another woman.

The 57-year-old will now swap her police uniform for the prison garb of the high-security Dame Phyllis Frost Centre in Deer Park, after being handed a custodial sentence of 4½ years on Wednesday.

County Court judge Martine Marich told Rossi she must serve two years and four months before being eligible for parole.

"This is grave offending, aggravated by your status as a sworn, serving and senior police officer," Judge Marich said.

"Your conduct was brazen and callous to the rights of the true owners," Judge Marich said.

A Victoria Police spokeswoman confirmed that Rossi was no longer a member of the force but would not say when she left. 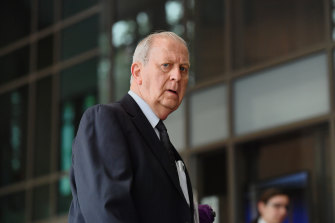 "We have been doing research online through public property databases and have driven around the area and we have identified your house as fitting our criteria," Rossi said in correspondence on October 19 last year.

In 2005, she declared bankruptcy under her former name Rossa Catherine Marguglio, owing more than $750,000 to several banks and racking up massive debts on several different credit cards.

According to her bankruptcy documents, she used other names, including Nora Marguglio, Rosa Spencer and Bella Rossi.

Rossi became familiar with the financial system while working as a teller at a bayside bank. At the same time she also worked as a beautician at a nursing home in Cheltenham.

She left both jobs under a cloud before joining Victoria Police in 1994.

Rossi's former colleague and co-accused, Inspector David Manly, was convicted and fined $5000 in December last year, after he admitted to lying under oath to IBAC investigators after being caught with a mobile phone that he claimed to have destroyed.

Manly, a married 74-year-old, had used the mobile phone to contact Rossi over a period of more than six years and hid the phone when IBAC officers attended his Lara home.

Manly later told investigators that he had failed to hand over the device at the time of their visit because he was worried about his wife finding out about his "friendship" with Rossi, which he thought would "cause him problems" at home.

Our weekly newsletter will deliver expert analysis of the race to the White House from our US correspondent Matthew Knott. Sign up for The Sydney Morning Herald‘s newsletter here, The Age‘s here, Brisbane Times‘ here and WAtoday‘s here.