A court hearing due to begin next Tuesday has been put off until September after campaigners argued they needed more time to prepare.

Detention Action, which campaigns to stop foreign nationals being deported from the UK, announced it had secured a postponement to the judicial review at the High Court.

The first attempt at a removals flight to Rwanda under the deal had to be called off at the 11th hour on June 14, after the European Court of Human Rights intervened.

A Strasbourg judge used little-known powers to block the flight even though a series of senior UK judges had refused to intervene.

The European court said no removals could take place until the legality of the Rwanda policy had been properly scrutinised by British courts.

Delays to the judicial review – in which campaigners are expected to argue the policy breaches the European Convention on Human Rights and the Refugee Convention – mean an interim injunction granted by Strasbourg will remain in force. 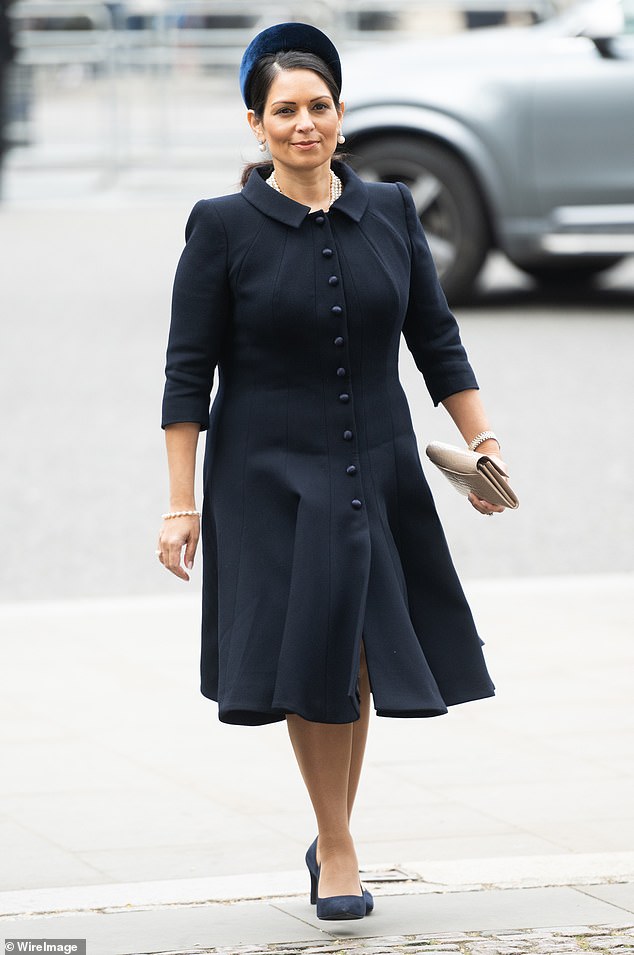 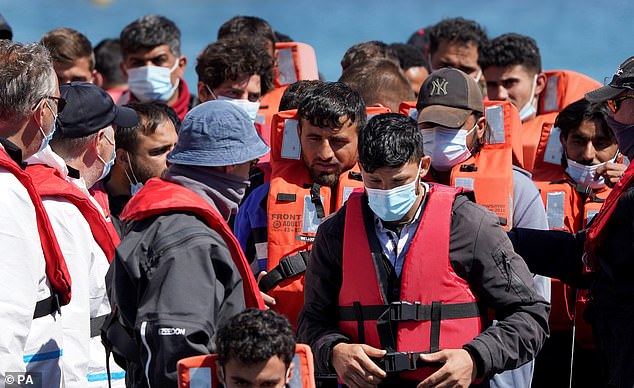 A group of people thought to be migrants are brought in to Dover, Kent, onboard a Border Force vessel following a small boat incident in the Channel on Monday

Any further attempt at a removals flight to Kigali is unlikely to take place until mid-September – after the Conservative party leadership contest.

The legal challenge is also being brought by the migrant charity Care4Calais and the Public and Commercial Services union, which represents thousands of Border Force staff.

The Home Secretary’s plan will see migrants who arrive in the UK by ‘irregular’ routes – typically across the Channel in small boats – handed a one-way ticket to Rwanda to claim asylum there rather than in this country.

A spokesman for Detention Action tweeted: ‘The Divisional Court has agreed to adjourn our legal challenge against the Rwanda removals policy until September. This is a win for due process and fairness.

‘Individuals affected and our legal teams now have the time they need to prepare their substantial case.

‘Until the lawfulness of the policy is fully tested in the courts, this Government should not attempt any forced removals to Rwanda, as they have threatened.

‘We also call for all people seeking asylum targeted by this policy to be released from detention, with proper support.’

The charity is run by Bella Sankey, who is campaigning to be a Labour candidate at the next general election.

At least 50 migrants are in immigration centres after being told they were being processed for the next Rwanda flight.

Care4Calais tweeted: ‘The Rwanda plan is brutal. Given the more humane and effective options available is this really what we as a compassionate country want to do?’

A group of migrants launched an audacious bid to reach Britain yesterday. Rather than selecting an isolated spot on the French coast, the group set off from within sight of Grand-Fort-Philippe, near Dunkirk.

At least 30 people carried the black rigid inflatable boat down the beach before casting off.

It is not known whether they were among the 130 picked up and brought to Britain by Border Force vessels yesterday.