HAVANA (Reuters) – For the first time since the 1959 Revolution, Cuban voters on Sunday may express significant dissent, when they go to the polls to ratify a new constitution that institutes modest economic changes while maintaining the one-party system. 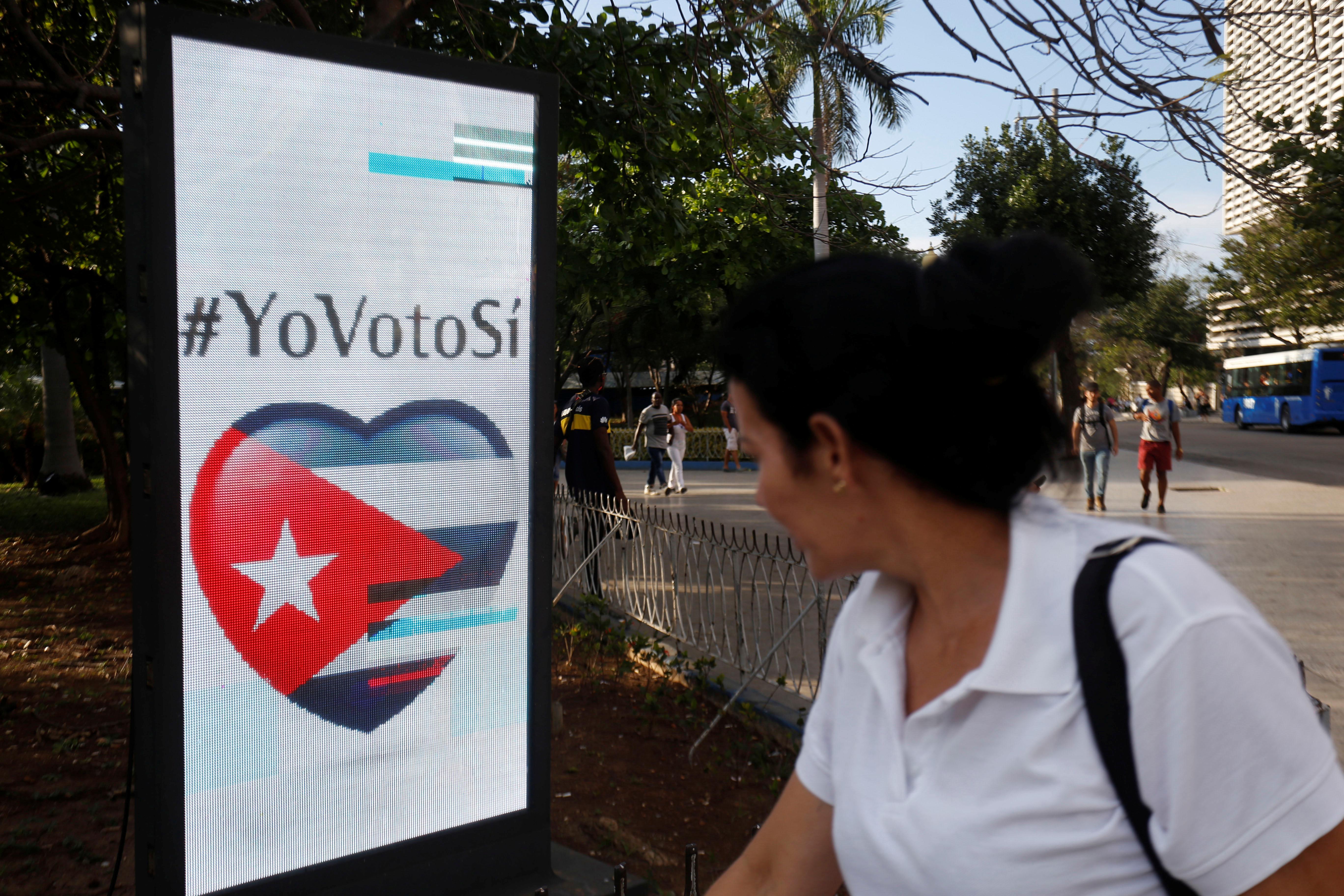 Opposition to the new charter could reach a quarter of the vote, one Cuban analyst said, a major increase from the low single digits of past votes.

The new document introduces important changes to Cuba’s Cold War era constitution, recognizing private property for the first time, as well as the role of foreign investment and the Internet.

While it confirms centralized economic planning, the charter introduces presidential term limits, adds a prime minister and restructures local government. It also enshrines fundamental principles such as the right to legal representation upon arrest and habeas corpus.

“This time, I would say that around three-quarters of the population will vote yes,” said Rafael Hernandez, a leading Cuban political analyst and editor of Temas, a reform-orientated cultural magazine.

“We have become accustomed to the idea that if something does not pass by 98 percent there is no consensus, even though in other countries gaining 65 percent would be huge.”

A grassroots debate last year, instigated by the government, resulted in some secondary changes when a final version was approved in December by the National Assembly.

Since then Cuba’s government has used its monopoly on public spaces, transportation and traditional media to launch an all-out campaign for approval.

“Because it defends the sovereignty, independence and dignity of Cuban men and women, I vote yes,” Cuban President Miguel Diaz-Canel tweeted.

The government has portrayed a “yes” vote as patriotic, while the new constitution’s most vociferous opponents say “no” would be a step toward ending decades of Communist rule.

And with an ever-bolder civil society and more Cubans than ever before connected to the Internet, public debate has become more active than in the past.

Hash tags such as #YoVotoSi (I vote yes) and #YoVotoNo (I vote no) compete for space on Twitter.

“We can only overcome tyranny if everyone who wants a free and democratic Cuba gives full support … I vote no,” tweeted Jose Daniel Ferrer, leader of the Patriotic Union of Cuba, some of whose members have suffered temporary detentions and raids on their homes in the lead up to the referendum.

Some Cubans, while expressing regret that reforms do not go further, say they will vote for the new charter. Alejandro Hernandez, a 54-year-old skilled tradesman in Havana, said the proposals were sufficient to garner his support.

“That does not mean I agree with everything. For example, the top figure of the country, the president, should be elected by the people, not the National Assembly,” Hernandez said.

A clause allowing gay marriage by defining the institution as between persons, not a man and woman, provoked so much opposition that the new constitution contains no reference to marriage. Its framers in fact removed a previous reference to marriage, effectively kicking the issue down the road for possible inclusion in a future family code.

A growing evangelical movement, which boasts hundreds of thousands of ardent followers, campaigned against the measure and has not been appeased. 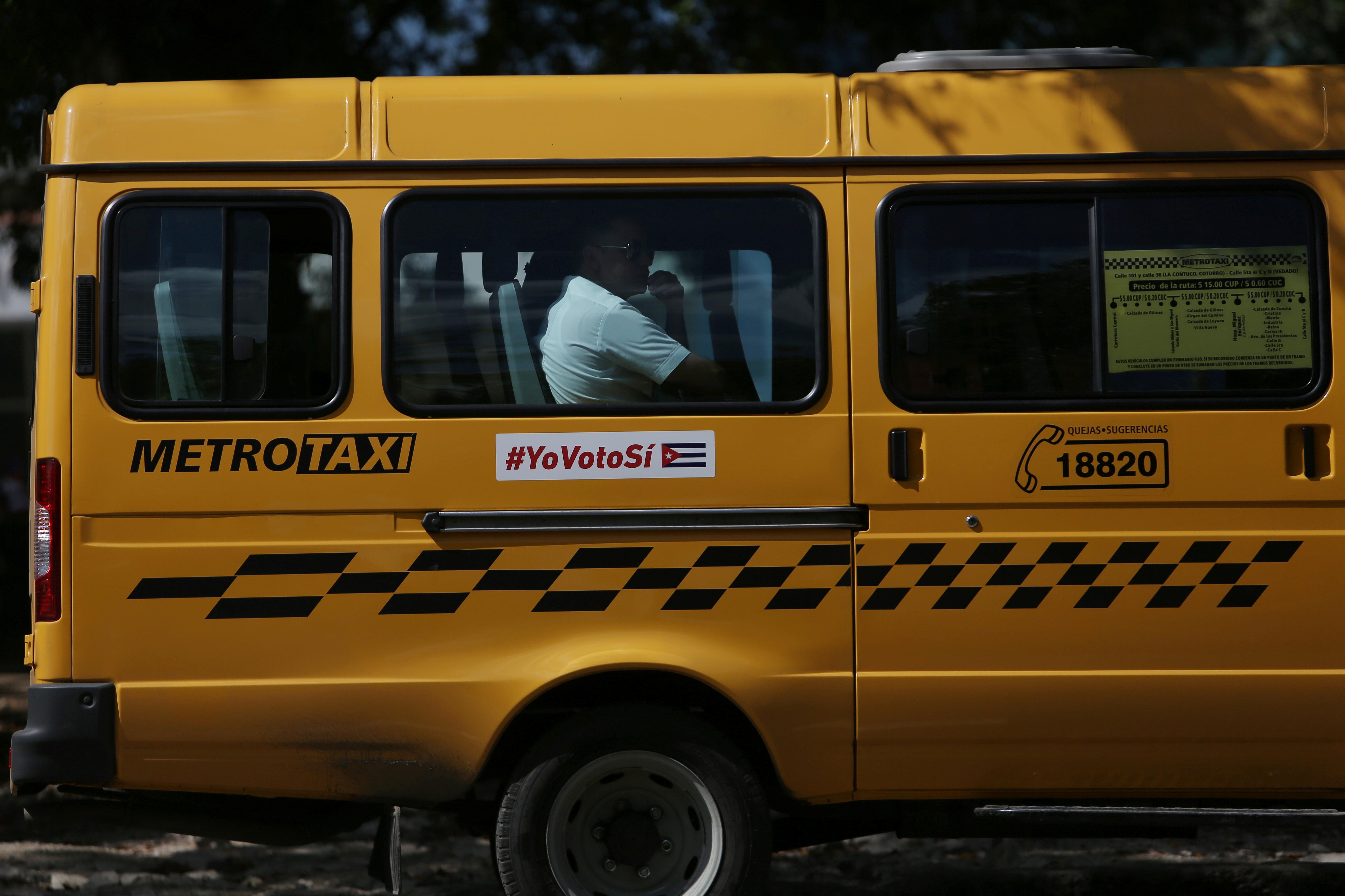 “I am voting `no` because taking out that marriage is between a man and a woman opens the door in the future to something that goes against our beliefs and the Bible,” said Ruben, a Baptist pastor in Havana, requesting his last name not be used.

The Catholic Church took a similar position in a four-point critique read from pulpits. It also took issue with the document’s ideological bent, denial of access to media and education, and the specification that foreigners, but not Cubans, could invest.

“Affirming as an absolute that ‘only in socialism and communism the person reaches his full dignity’ is totally unacceptable,” Monsignor Jose Felix Perez, secretary of the Cuban Catholic Bishops’ Conference, said of the proposal’s preamble.