London: Back in January, Dominic Cummings – Boris Johnson's chief adviser and a leading architect of Brexit – sat down at his computer and typed out one of Britain's strangest job advertisements.

The self-styled svengali was on the hunt for "misfits" and "super-talented weirdos" to fill jobs in Downing Street. Many brilliant people worked in politics and the civil service, Cummings said, but there were "profound problems at the core of how the British state makes decisions".

Applicants were told not to bother unless they could commit to at least two years. The lucky person chosen to fill a position as Cummings' personal assistant was advised to forget a social life. 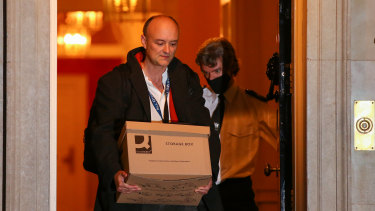 "You will not have weekday date nights, you will sacrifice many weekends. Frankly it will be hard having a boyfriend or girlfriend at all," he said. There was also this warning: "If you play office politics, you will be discovered and immediately binned."

Cummings this week failed his own criteria. Not only has he been caught playing office politics; he has been outgunned and outsmarted. He resigned this week and walked out of Downing Street at 5pm on Friday for the last time, cardboard box in hand. Communications director Lee Cain, an ally of Cummings dating back to the Brexit campaign, has also quit in a clearout that gives Johnson a chance to reset his troubled premiership.

When he posted the job callout in January, Cummings thought the year ahead would be filled with the spoils of war. Johnson had won a thumping victory in the general election three weeks earlier, and the United Kingdom was weeks away from formally leaving the European Union. Cummings saw a chance to reshape Britain and stacked Downing Street with a band of intelligent but inexperienced Vote Leave figures. The goal was to bypass traditional cabinet government in favour of a highly centralised command and control structure. 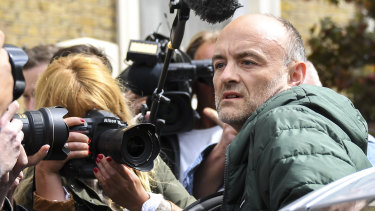 Dominic Cummings came under pressure after driving to northern England during a coronavirus lockdown but Boris Johnson stuck by him.Credit:AP

The original misfit and weirdo, Cummings despised Westminster. His disdain was obvious from the way he dressed for work each day in baggy pants, scuffed shoes and crumpled untucked shirts. It was a jarring look for the historic corridors Winston Churchill once roamed. Cummings was such a slob that newspapers had a field day the one time he was spotted wearing a suit.

By the end of the year, Cummings' grand reform plans had fallen apart. The inner circle turned on itself amid a series of selfish powerplays – the consequence of so much power residing with so few people. Senior staff were leaking against each other and jockeying for influence while 50,000 people died from COVID-19 and at least 750,000 lost their jobs. Ministers found the situation galling, loathed Cummings and thought he and the Vote Leave crowd were slowly strangling Johnson. The political dynamics were similar to how Australian MPs came to resent Tony Abbott's chief-of-staff Peta Credlin.

Britain is not a happy place right now. The government's bungled handling of the coronavirus pandemic has caused Johnson considerable political damage. The recession has detonated the Conservative Party's manifesto. The existing low-tariff, low-quota terms under which the UK and EU trade are about to expire on January 1 and a new deal has not been struck. Economic chaos awaits even if a basic deal is done next week.

It was against this backdrop that simmering tensions inside Downing Street finally exploded.

Cain was incensed that Johnson had hired former journalist Allegra Stratton to conduct daily White House-style press conferences. Stratton was only hired because the government's messaging has been a dog's breakfast all year. The savvy Stratton joined on the condition she reported directly to Johnson, an arrangement Cain believed undermined his position as communications chief. He threatened to resign but the Prime Minister wanted to keep him and offered to promote him to chief-of-staff. 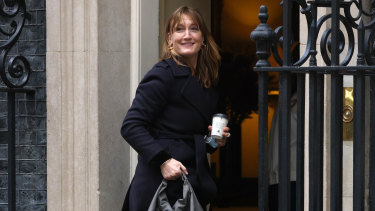 Downing Street press secretary Allegra Stratton has emerged a big winner out of a major powerplay.Credit:Getty

Johnson's fiancee Carrie Symonds – a former Tory staffer who wields influence in the party – found out and hit the roof. Symonds is no fan of Cummings and Cain. Frustrated MPs joined her cause and pushed back against Cain's elevation. Johnson was sandwiched in the middle and had to choose. Cain resigned on Thursday night and his mate Cummings confirmed 24 hours later that he, too, would be leaving. Both men left Downing Street for the final time late on Friday afternoon.

Supporters of the pair say they are fiercely intelligent and have actually prevented Johnson from stumbling into mistakes rather than helping the Prime Minister make them. Whatever the truth, Johnson was incredibly close to Cummings and vice-versa. The mutual reliance was on display earlier this year when Johnson expended huge political capital by refusing to sack Cummings even though the chief adviser had clearly breached England’s strict lockdown rules. If staffers become household names, something has usually gone terribly wrong. 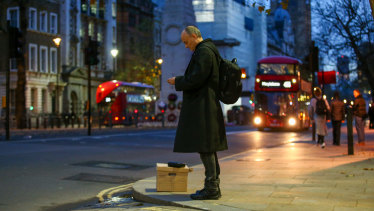