A DAD and his two children, aged eight and 12, were rescued from the sea yesterday – after breaking lockdown to visit the beach during Storm Christoph.

Furious cops have hit out at the reckless father after the family were pulled from the sea off Anglesey in north Wales as heavy rain and strong winds battered the coast yesterday. 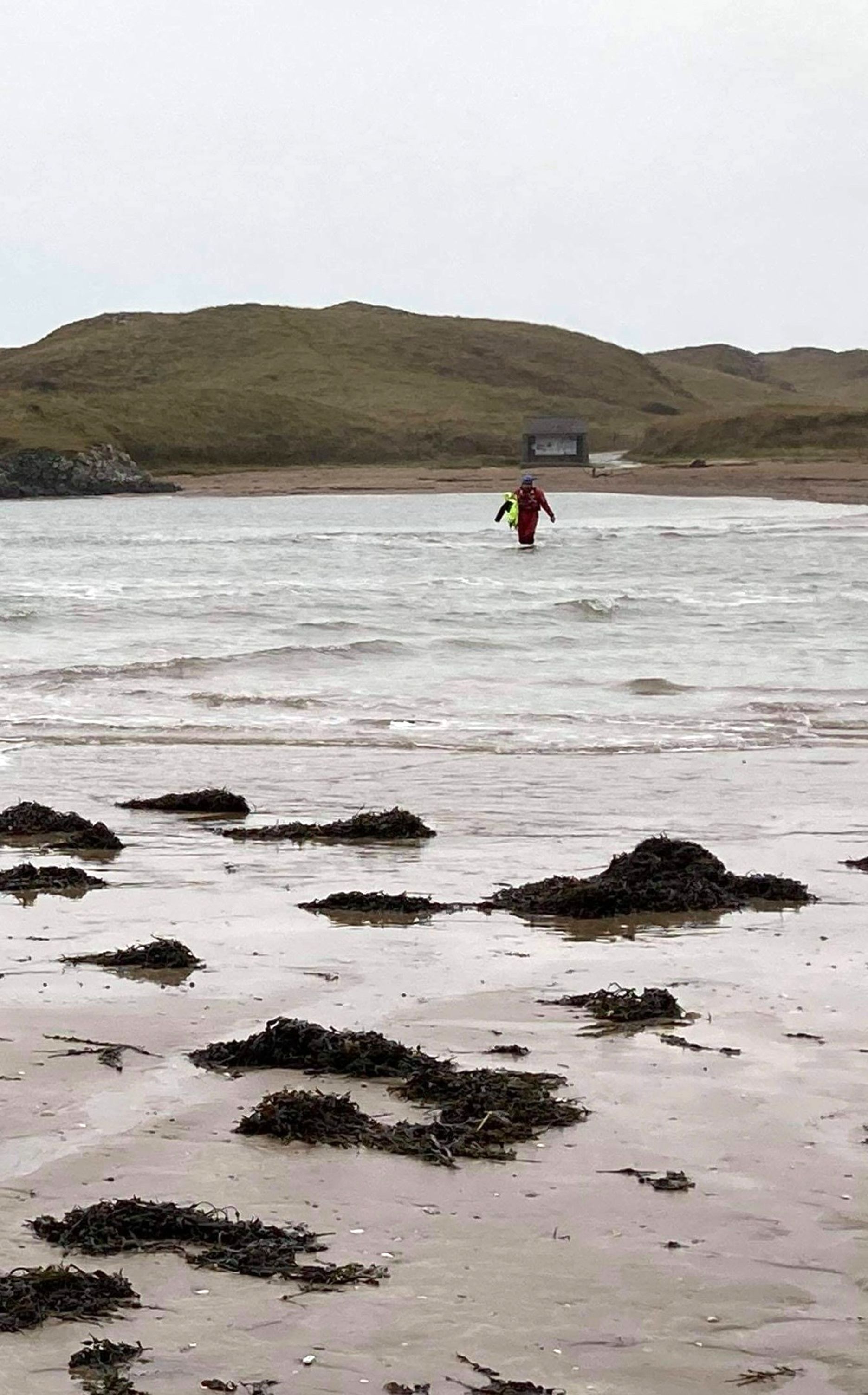 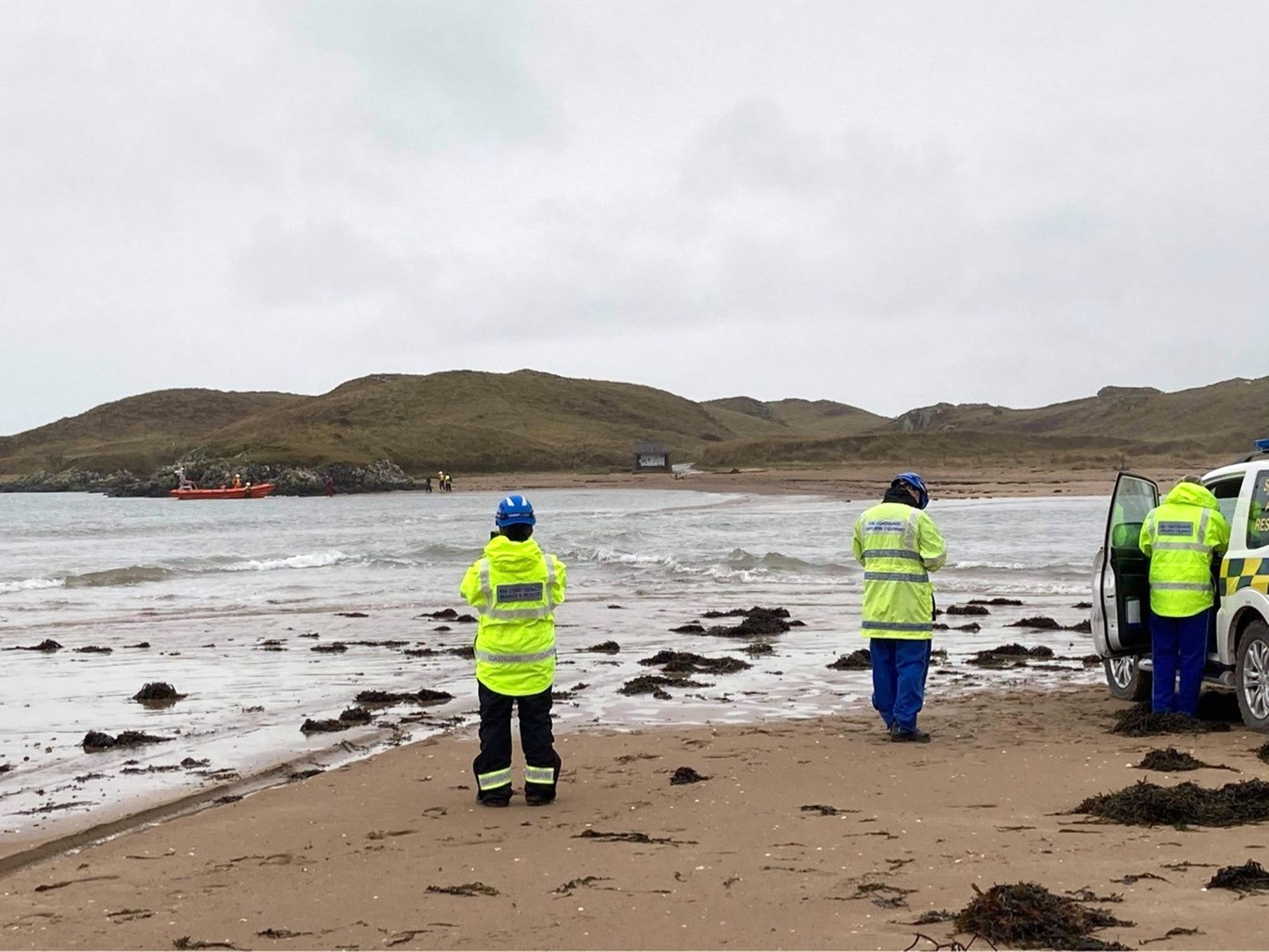 Emergency services were called to Llanddwyn Beach during the afternoon after the three were cut off by rising tides on a walk,  North Wales Live reports.

RNLI volunteers and local cops helped the family back to the shore – before the officers wrote up the man for breaching Covid restrictions.

Forecasters have warned the storm could risk lives. Meanwhile, Wales is in a 'Level 4' lockdown, with residents ordered to stay at home.

And a top Welsh cop has slammed the dad for breaking the rules.

"Very fortunately, on this occasion, the group were led to safety without any injuries.

"The Welsh Government has clearly advised against any activity that involves a significant degree of risk – for example, swimming or other exercise at sea or in lakes, rivers and other waterways.

“Unfortunately, this is an example of why such a request is in place.

“We are extremely pleased that nobody was injured.

"However, the outcome could have been very different.” 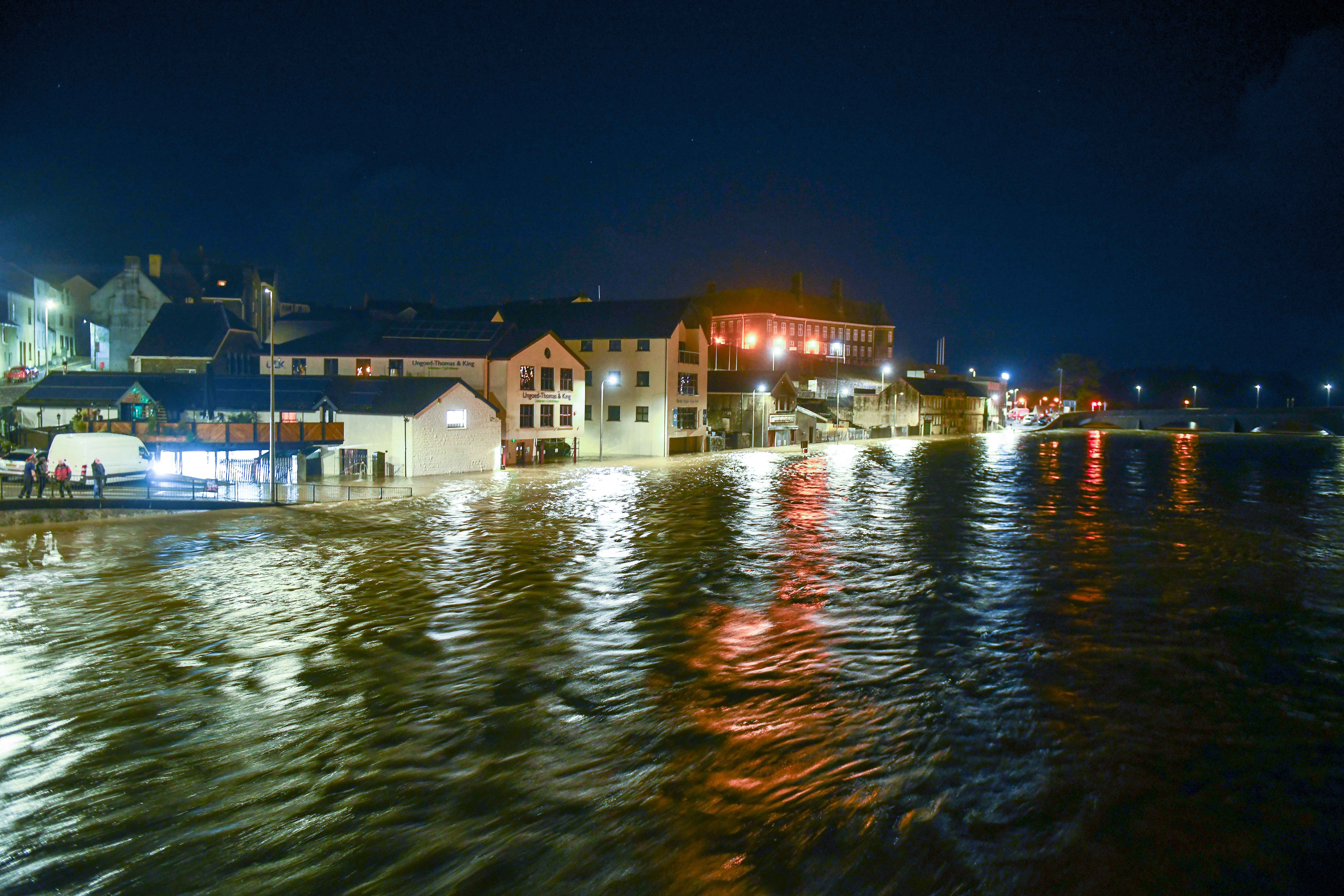 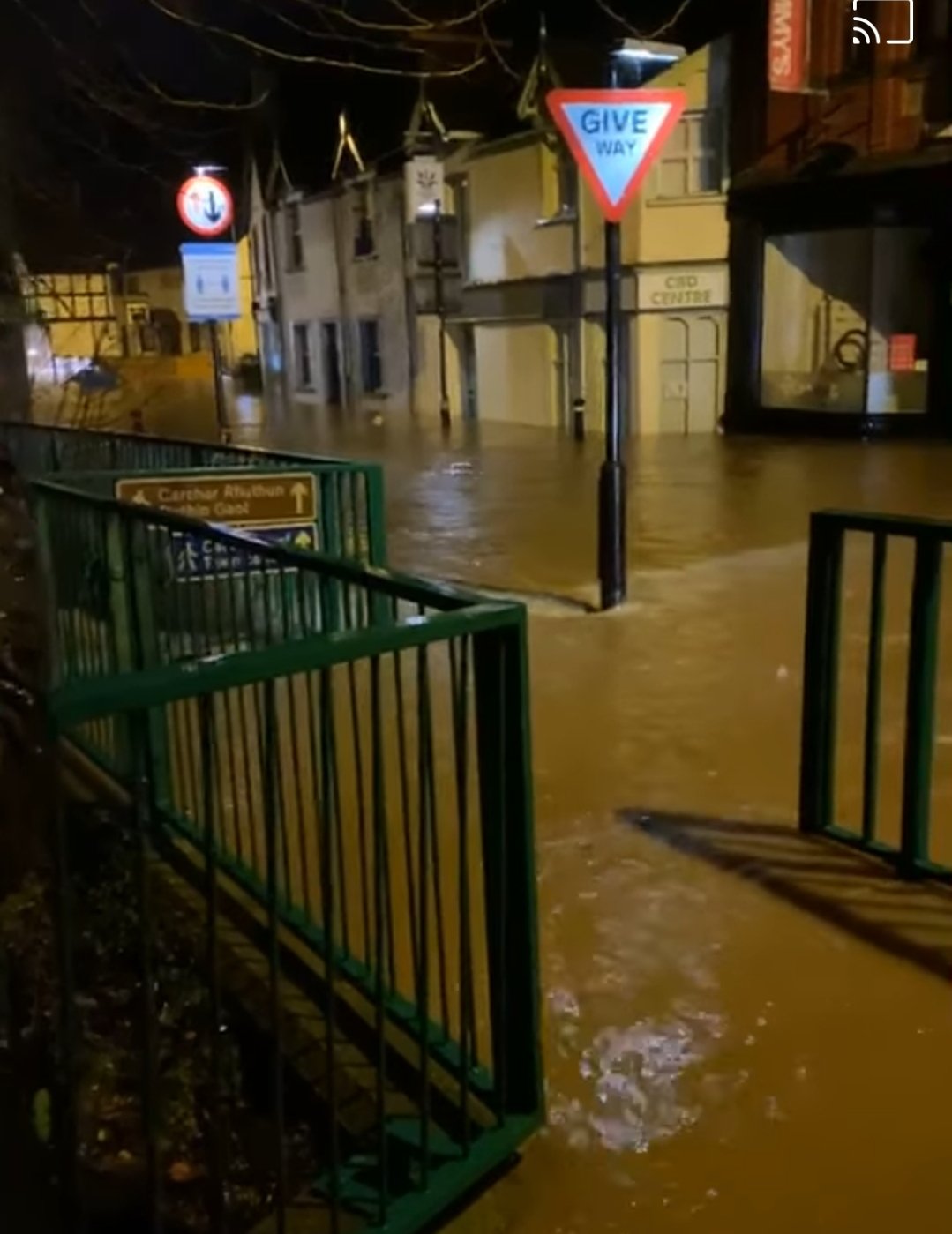 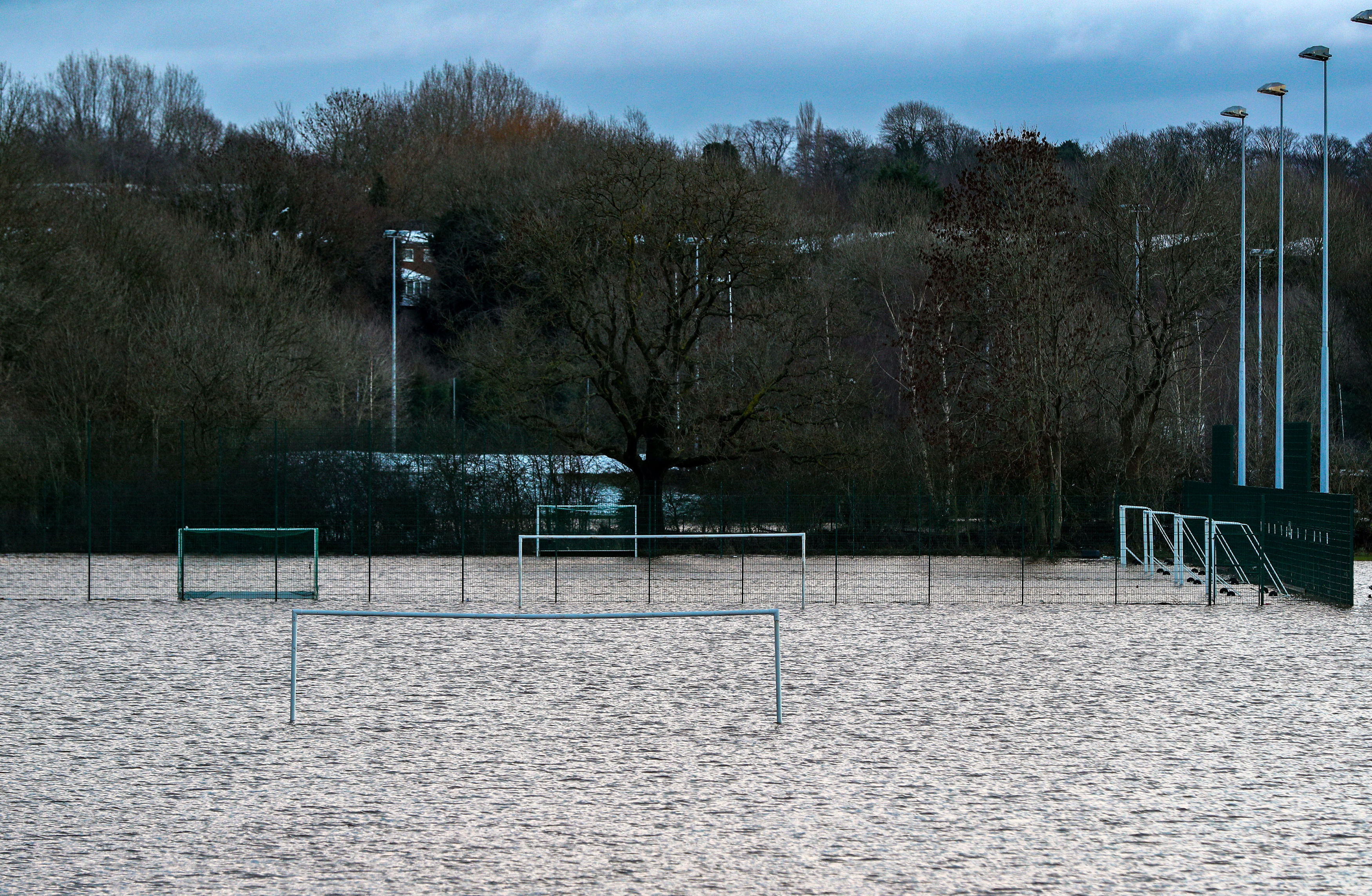 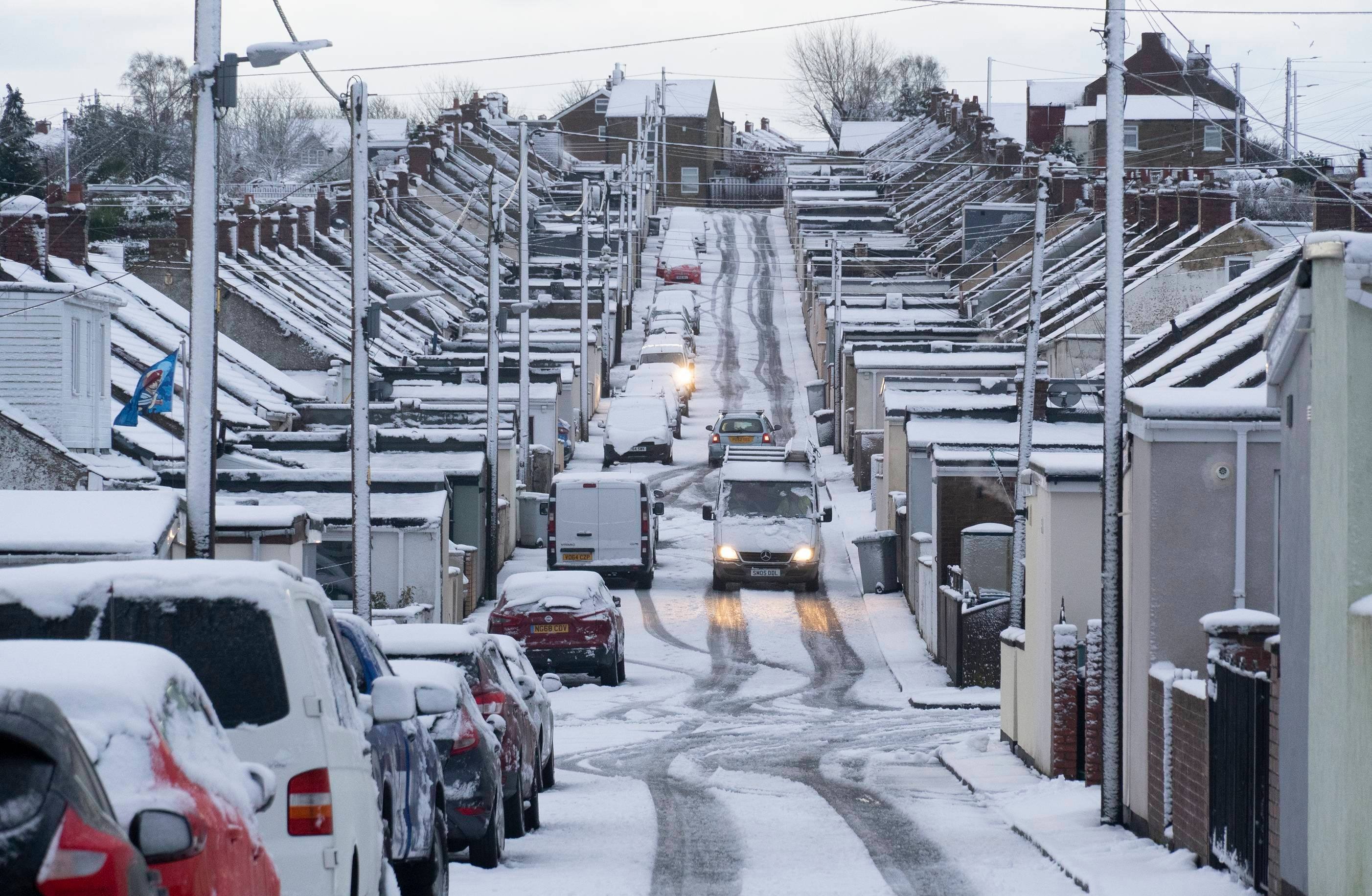 Wales has been badly hit by Storm Christoph.

Last night, homes in north Wales were evacuated, while rivers in the region are at "dangerously high levels".

A warning for ice in the north of the country is in place this morning.

The officer said: “Wales remains in Level 4 restrictions, which are in place to prevent the spread of the virus and reduce unnecessary strain on the NHS."

Social media users have also taken to Facebook to hit out at the dad.

One asked: “Why would you put kids at risk in this horrendous weather?

“Thank goodness they’re safe though, no thanks to the stupidity of the so-called responsible adult with them.”

Others said he risked the lives of RNLI crewmembers and cops.

“Not only did he put the emergency services at risk, but the children he had with him," another said.

Rescue crews around the country have worked throughout the night to help people in trouble during the storm.

Drivers have been helped from cars stranded in floodwater, while in South Yorkshire and Cheshire, major incidents were declared by councils and workmen were deployed to hand out sandbags.

Parts of York were underwater after the River Ouse burst its banks, while in County Durham, a supermarket delivery driver was rescued from the top of his van after he attempted to cross a ford.

In Suffolk, high winds blew a tree onto the bonnet of a Fiat 500.

"If the car had been there a split second earlier, the tree would have landed right on the driver's head and killed him," an officer at the scene said. 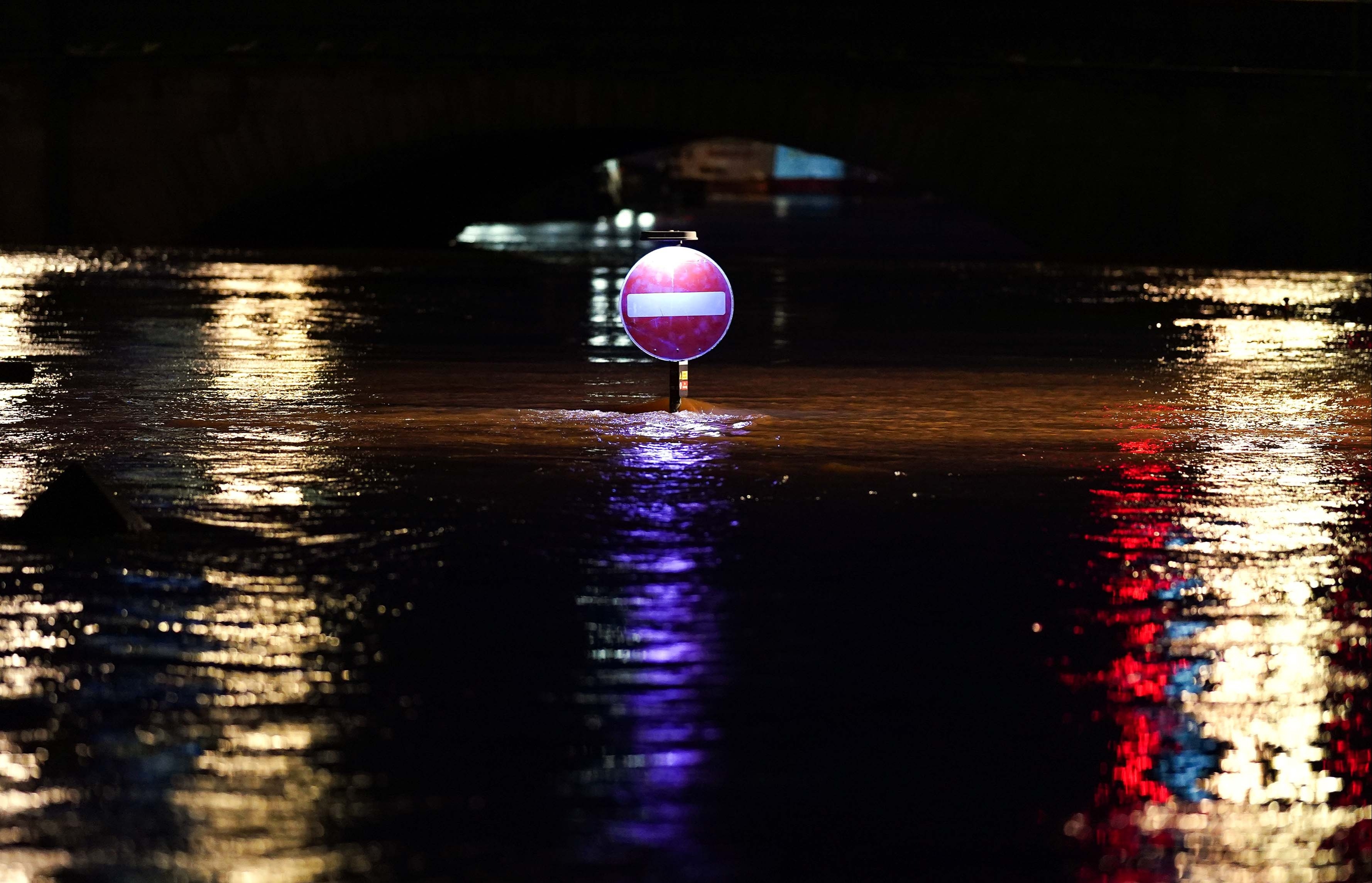 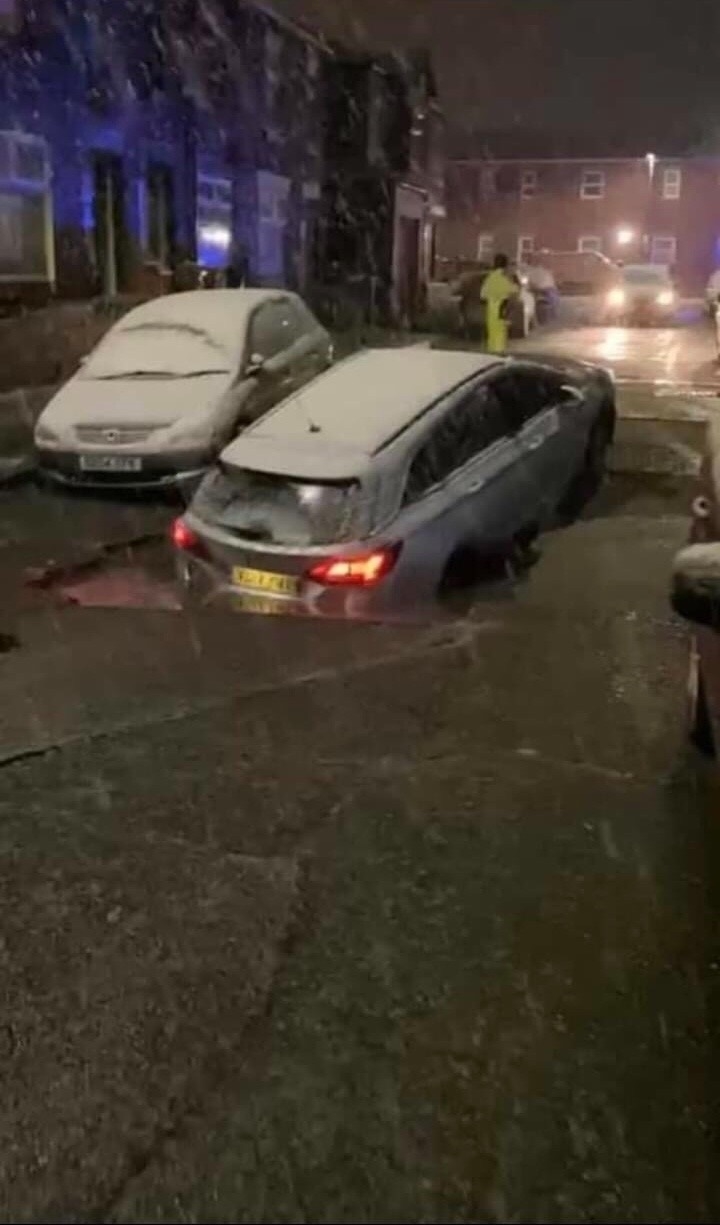 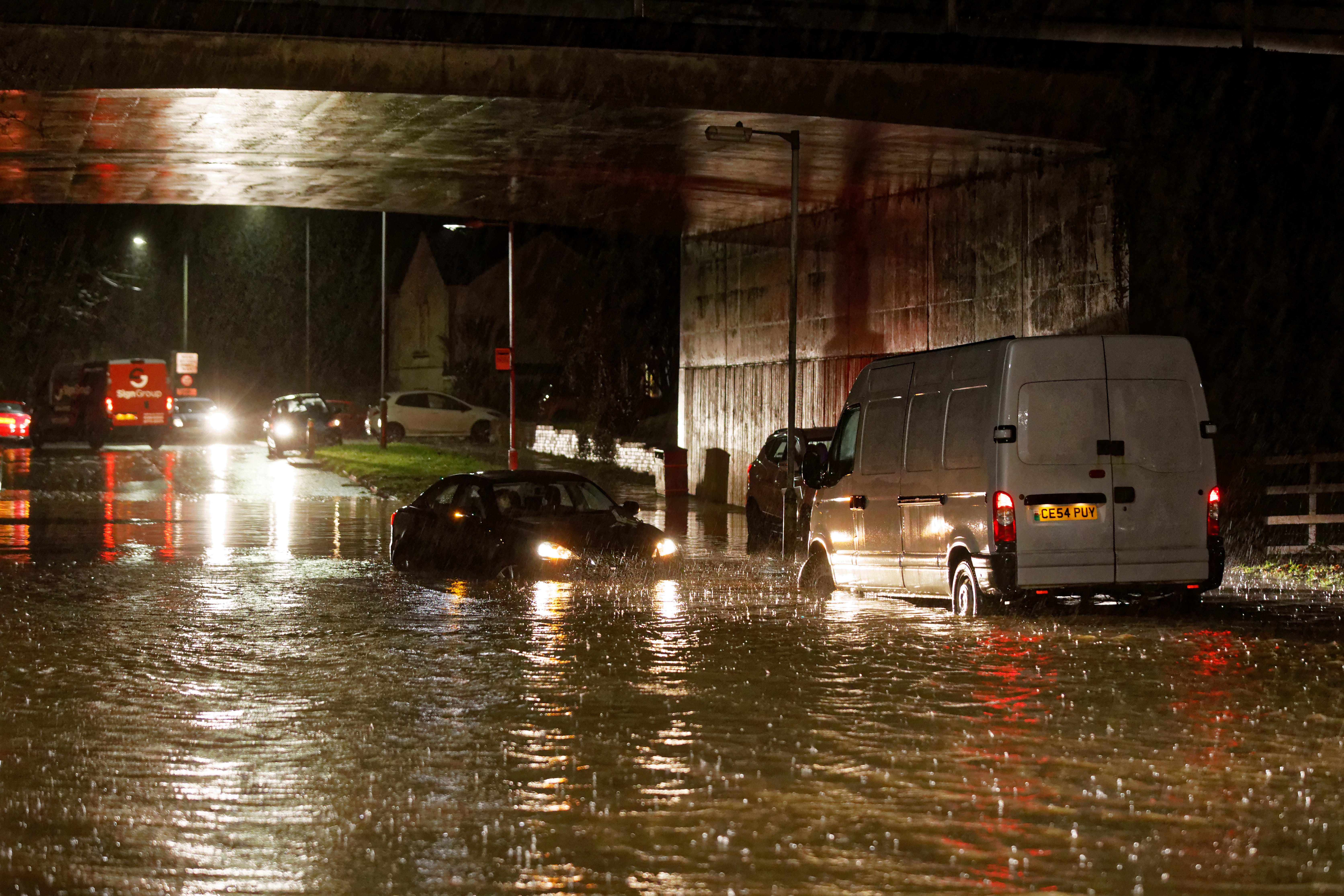