The Mail is pleased to hear that Rishi Sunak is taking ‘personal charge’ of plans to curb illegal migration, but he must forgive us for also feeling a distinct sense of deja vu.

Every PM and Home Secretary since 2010 has promised to get a grip on immigration. None has made a discernible difference.

More than 40,000 asylum seekers coming across the Channel and total net migration up to a staggering half a million in the year to June represent a colossal failure of both policy and will.

To be fair to Mr Sunak, he is new to the job and has already signed an enhanced bilateral deal with France to disrupt the boats and the people traffickers who launch them. We await results. 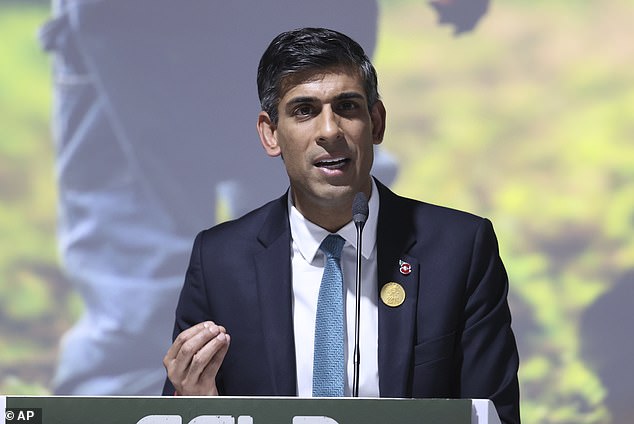 There are also plans to restrict the right to remain for illegal entrants and to disqualify all Albanians from being granted asylum on the grounds that they come from a safe country.

These are sensible measures. But they must be part of a wider strategy to control our borders. And it must be seen to work.

Migration is where Labour is at its weakest. The party’s open borders policy and Tony Blair’s Human Rights Act were the root cause of the problems we see today.

If Mr Sunak can provide the solution, he may yet win the next election.

Of all the drivel spouted by Labour and the unions to justify the forthcoming reckless NHS strikes, perhaps the most risible is that ministers are ‘spoiling for a fight with nurses’.

Could anything be further from the truth? With waiting lists above seven million, the last thing the Government wants is a dispute with medical staff – whose work they and the rest of the country admire.

The truth is, however, that no sane government could agree to the Royal College of Nursing’s demand for a mammoth 17.6 per cent pay rise. Even Labour health spokesman Wes Streeting agrees it’s unaffordable.

The cost is estimated at a ruinous £9billion a year, but it would also send a signal to the rest of the public sector that strike action could achieve hugely inflationary pay rises.

Between now and Christmas, nearly every public sector and transport union is planning strikes – partly driven by avarice, partly by anti-Tory politics. But whichever party was in power, they simply couldn’t cave in without beggaring the country.

If we learned anything from the 1970s slump, it’s that a wage-price spiral perpetuates inflation and makes everyone poorer – including trade union members. It’s time for a dose of realism.

Why is it that the Treasury hates tax exemptions so much, even when they are good for the economy? And why does the Chancellor meekly fall in line with the flawed thinking of his officials?

Every other major Western nation allows duty-free shopping for foreign visitors. It encourages tourism and is an important advertisement for their goods, especially at the luxury end of the market. Even rich people love a bargain.

Yet Jeremy Hunt is scrapping this benefit in the UK, to the fury of hard-pressed retailers and the bemusement of many Conservative MPs.

The Treasury claims £2billion will be raised, but it’s more likely the result will be a net loss, as high-spending tourists choose to do their shopping in Paris, Milan or Berlin rather than here.

Mr Hunt should reconsider this perverse decision, or at least ask the Office for Budget Responsibility for a full cost-benefit analysis before going ahead.

This damaging and deeply un-Conservative addiction to raising taxes has to end.