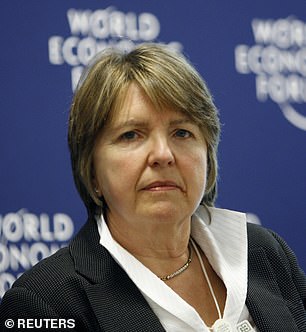 Dame Barbara Stocking, 69, is being replaced as president of the women-only Murray Edwards College in Cambridge University

Dame Barbara Stocking is being replaced as president of her Cambridge University college more than a year after damning report into the Oxfam sex scandal under her leadership was released.

The 69-year-old was the chief executive of Oxfam during the charity’s sex scandal in Haiti following the 2010 earthquake which broke three years ago.

She has been head of the women-only Murray Edwards College, Cambridge, since 2013.

Yet she was mired in scandal when an investigation by the Times in 2018 reported sexual exploitation of women in Haiti by Oxfam staff after the 2010 earthquake.

Under Dame Barbara’s leadership, Oxfam was accused of failing to follow up and report allegations of girls as young as 12 being ‘used and beaten’ by aid workers.

A Charity Commission report identified mismanagement by Oxfam leaders might have put children at risk.

In 2018, college bedrooms were adorned with ‘fire Dame Barbara’ placards, which were removed by staff. 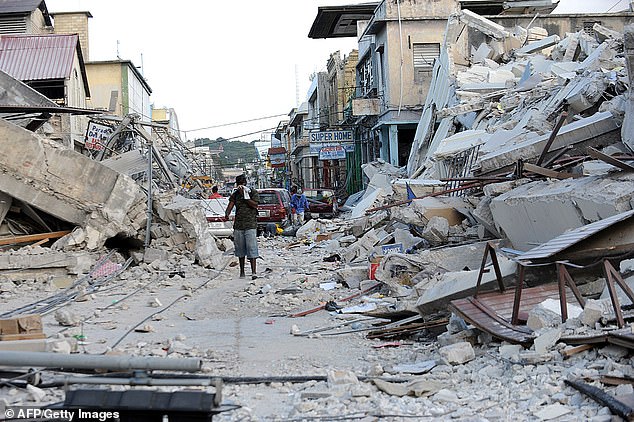 The 69-year-old was the chief executive of Oxfam during the charity’s sex scandal in Haiti following the 2010 earthquake, reports of which broke following an investigation by the Times

However despite protests from students and disquiet amongst academics, Murray Edwards College kept Dame Barbara as president.

She is thought to earn between £70,000 and £80,000 and lives in a £2 million home on college property – whose alumni include Sue Perkins and Claudia Winkleman. 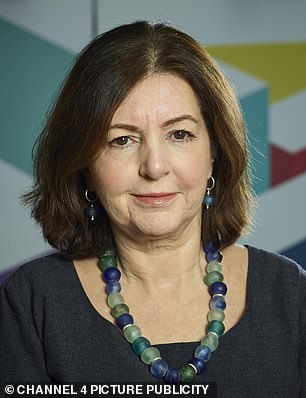 Dorothy Byrne, pictured, Channel 4 editor-at-large, has been named as her replacement

The college said: ‘There will be many opportunities for alumnae, fellows, students, staff and friends to celebrate Barbara’s achievements and thank her for all that she has done – and continues to do – for the benefit of Murray Edwards College.’

She will be replaced in September, by current Channel 4 editor-at-large Dorothy Byrne, who will become the all-women college’s sixth president.

She said: ‘It is a huge honour to be elected as President of Murray Edwards College and I am excited to be joining such a modern and forward-thinking community.

‘I am very much looking forward to working with the Fellows, students and staff to support the work of the college.’

Dr Rachel Polonsky, vice president of Murray Edwards College, said: ‘I am delighted with the election of Dorothy Byrne, who will be an innovative and inspirational President.

‘Her distinguished career in the media, her passion for widening participation in higher education, and her creative flair will be of great benefit to the College in the years to come.’