This is the breath-taking moment a diver fumbled in the air after jumping from a 115ft high cliff into a lake.

Jon Gleason was filmed by his friends as he leaped from ledge into a river in Birdsboro, Pennsylvania, on September 27.

Mr Gleason took a deep breath before jumping off the cliff and performing a reverse spin in the air. 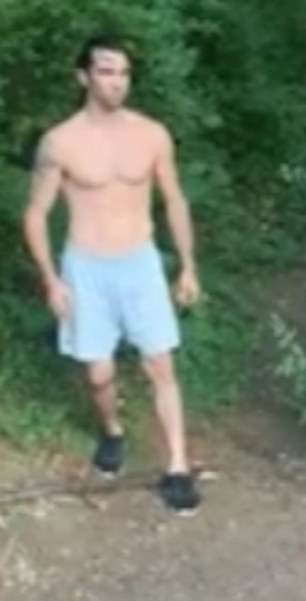 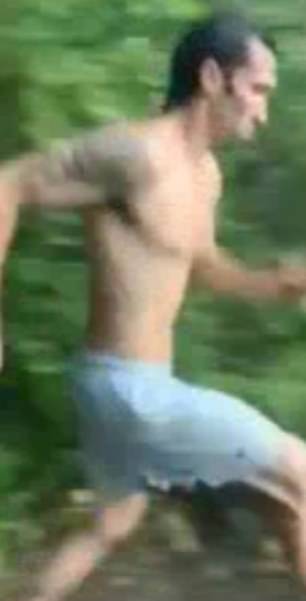 Jon Gleason, pictured, jumped from a cliff in Birdsboro, Pennsylvania, on September 27 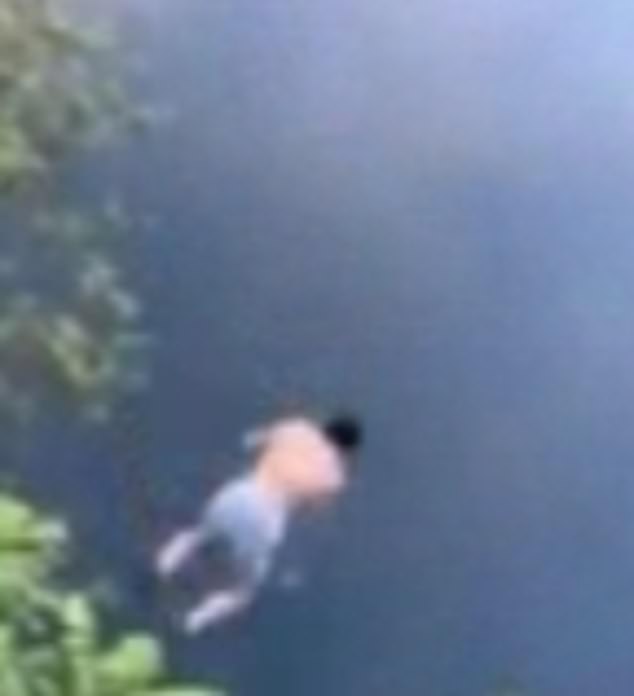 He was then captured fumbling with his hand in the air and he fell towards the water before landing feet first.

On his Instagram page, Mr Gleason wrote: ‘115ft didn’t go as pretty as planned, but it happened.’

From a height of 115 feet, Mr Gleason would have been approaching 100mph as impacted with the water.

A friend was waiting for him in the water below to provide assistance if he injured himself during the high-risk stunt.

People falling from a great height into water can suffer concussion, broken bones and can even be knocked unconscious as a result of the impact.

One friend asked Mr Gleason whether he suffered any injuries. He replied that ‘nothing’s broken’.

Another person suggested the fall must have been at least 150ft.

But Mr Gleason said: ‘Our 200ft rope called it at 115ft but definitely felt closer to 150ft based on pain.’

He said the impact with the water was painful.