ASTONISHING footage has emerged showing a Russian pilot flying the Kremlin’s new Su-57 stealth fighter jet without a ROOF on his cockpit.

The daredevil flier is seen at the controls of the 1,300mph state-of-the art warplane, but the main protective covering is clearly missing. 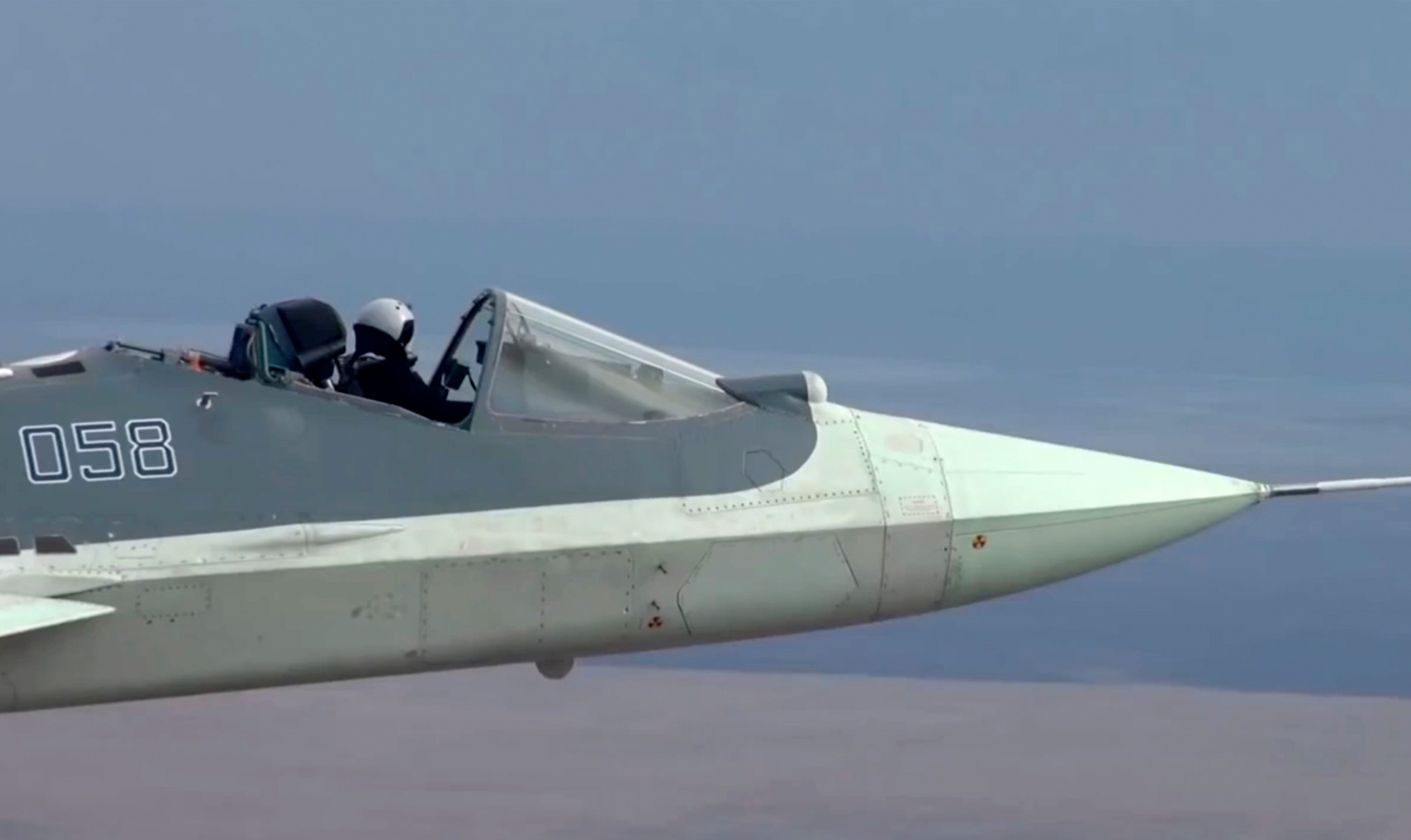 The three-second footage has just been released by bosses at Vladimir Putin's defence ministry.

The plexiglass canopy covering  the top and sides of the cockpit prevents the pilot from freezing to death.

It is believed to have been removed as part of a test of emergency procedures should the aircraft get into trouble ahead of ejection.

Analysts say the pilot is wearing a special suit as protection against the shocking cold at extreme heights.

The ministry did not give details of the altitude, speed or purpose of the flight. 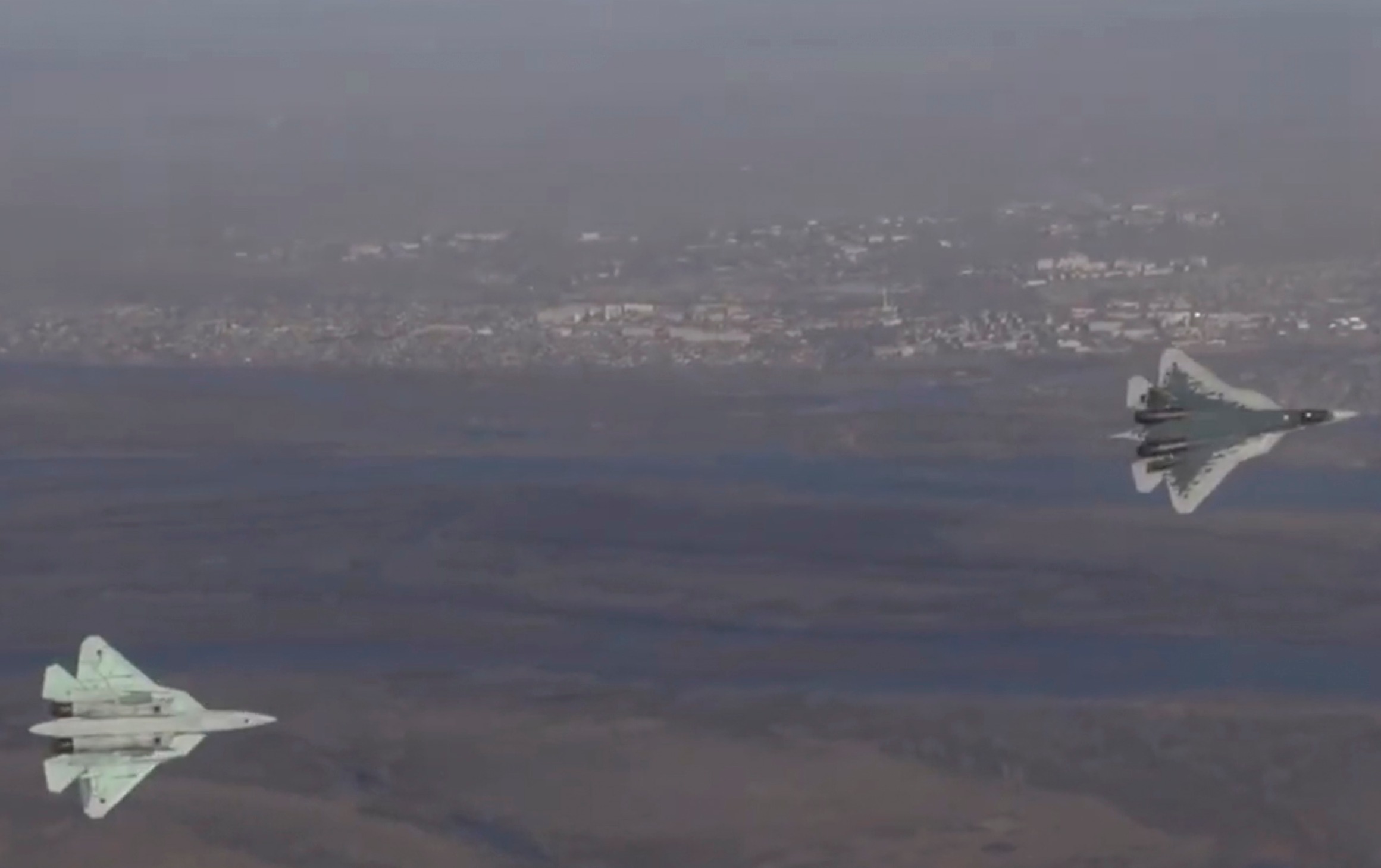 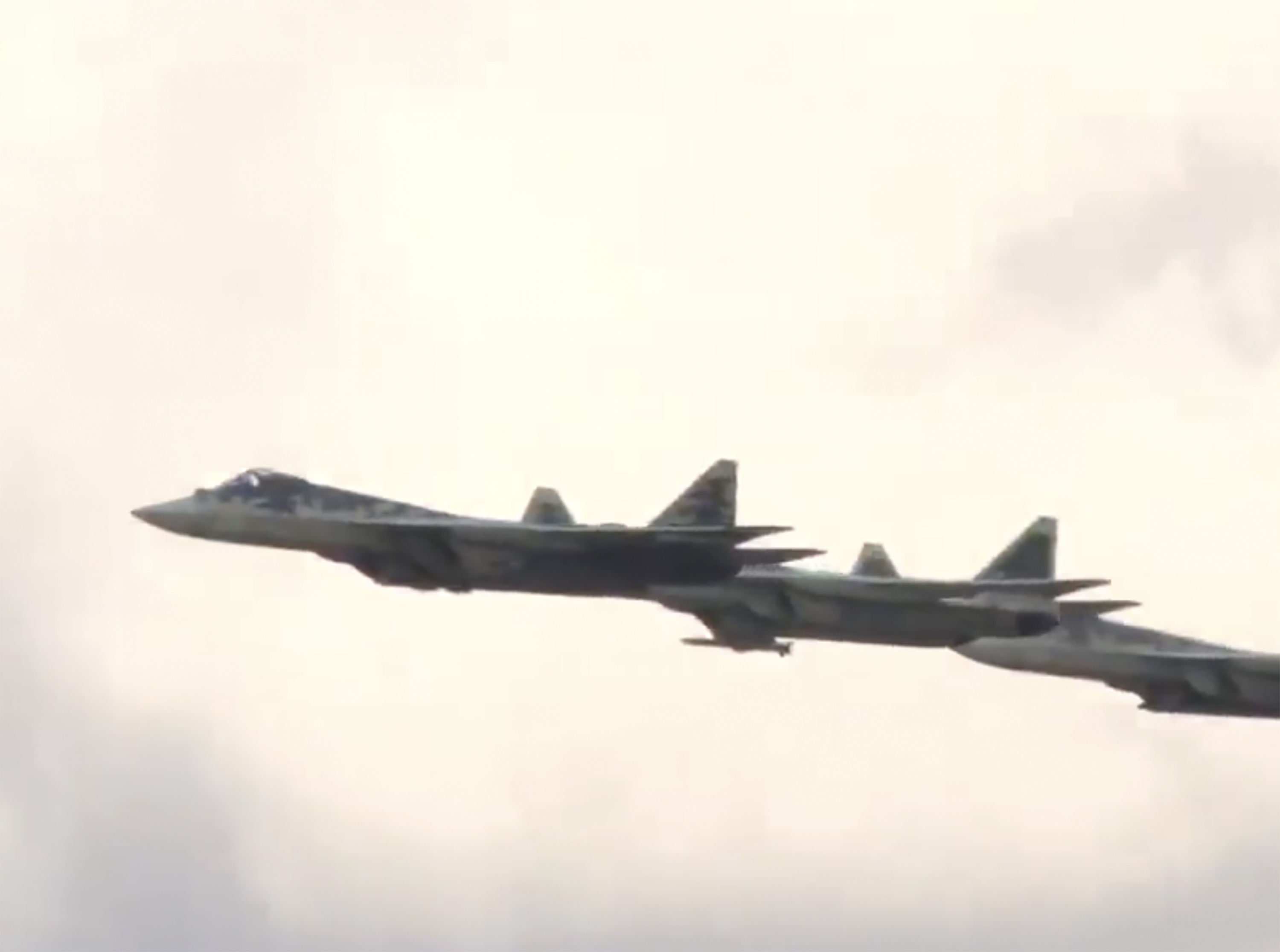 The warplane is designed to carry the advanced Kinzhal hypersonic nuclear-capable missile which operates at ten times the speed of sound.

It is enabled to select targets even with hostile enemy jamming, claim the Russians.

This is the first time the missile –  also known by the designation Article 180 – has been seen in open source videos.

One high-tech Sukhoi Su-57 in December spiralled from a height of five miles to crash near  Komsomolsk-on-Amur.