THE deaths of five women who suffered from anorexia have been linked by a coroner.

All five women were under the care of the Cambridge and Peterborough Foundation Trust (CPFT) with four of the women all dying within a year of each other. 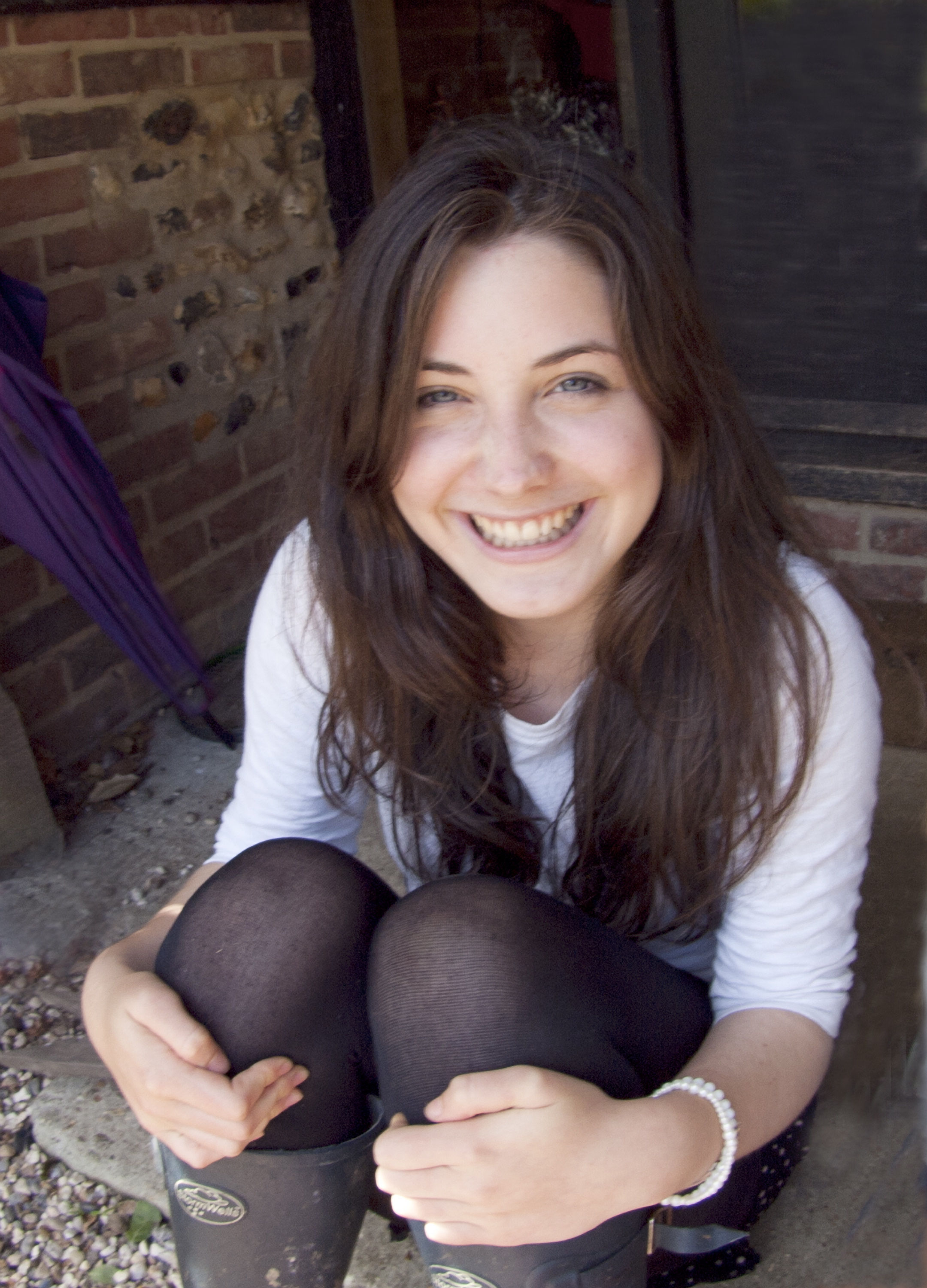 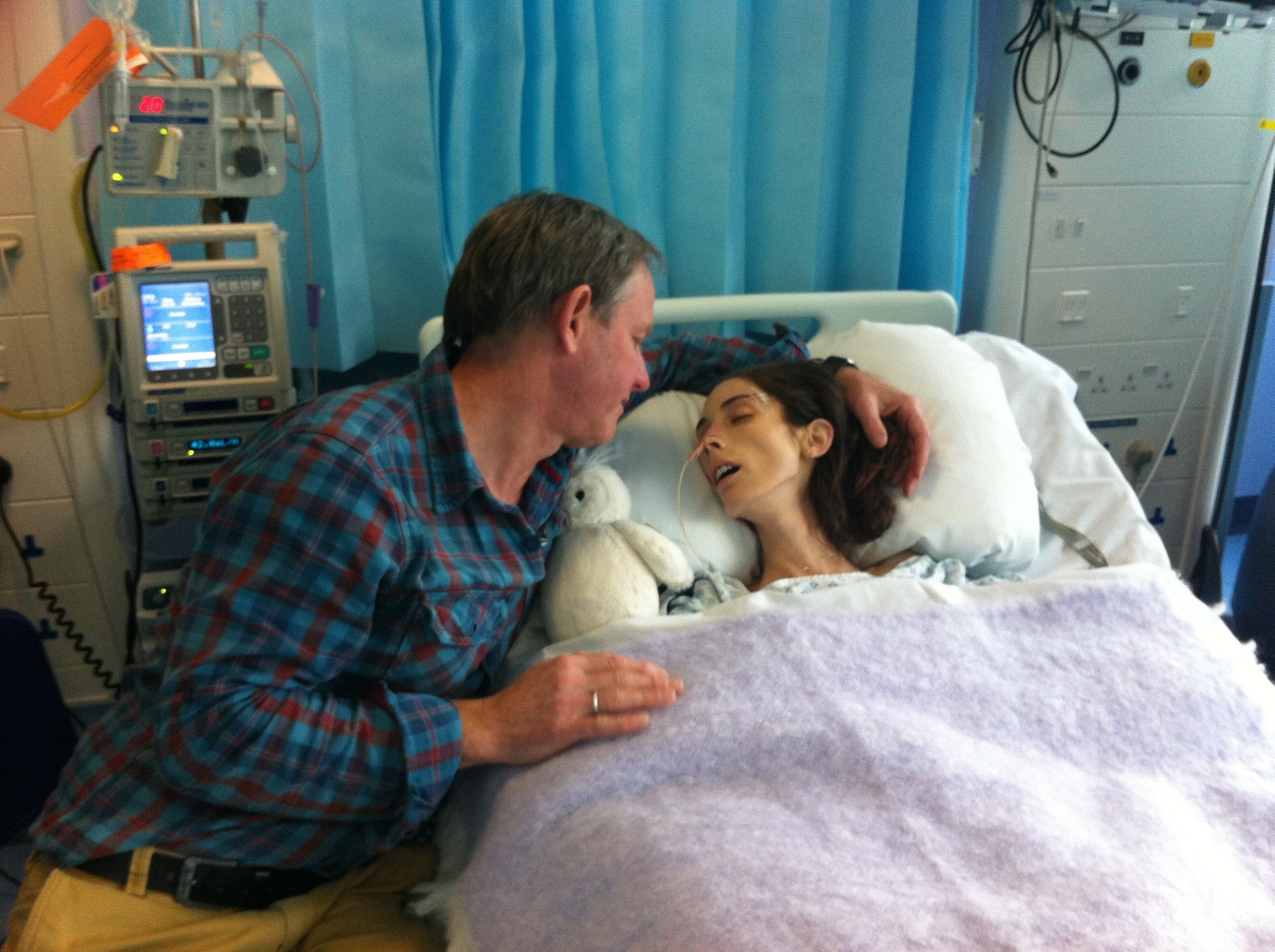 The cases have sparked concerns of a crisis in the way the NHS treats patients with an eating disorder.

One of the women, Averil Hart, 19, who died in December 2012 led to a Parliamentary and Health Service Ombudsman investigation that described her death as an “avoidable tragedy” which could have been prevented.

The trust has come under the spotlight after the coroner decided to investigate her death alongside those of mother-of-one Amanda Bowles, 45, student Madeline Wallace, 18, Emma Brown, 27, and Maria Jakes, 24.

Their inquests are due to be held in the next few months and the assistant coroner for Cambridgeshire Sean Horstead has noted the “potential” for common themes to one or more of the cases is “obvious”.

David Hemings, senior coroner for Cambridgeshire, told Averil’s father Nic Hart earlier this year that her case was “inextricably linked/entwined” with the four other investigations.

A briefing report by the Cambridge and Peterborough Clinical Commissioning Group (CCG) published in April found the local eating disorder service for adults and experienced “significant difficulties” in recruiting staff, meaning the threshold for referrals was raised.

Because of the shortage of staff, patients waiting for treatment at the time, even those who were judged to be “priority” cases, were just given a podcast to listen to which gave advice.

Mr Hart, has warned patients are continuing to die as a direct result of failures within the NHS.

The 19-year-old was discovered lying unconscious on the floor of her university flat having started a creative writing course at the University of East Anglia.

She was rushed to hospital but a doctor did not see her for almost five hours. The delay was later branded as “inexplicable”. Her condition worsened as it took a further three days for the local eating disorder unit to attend to her.

She was then transferred to Addenbrooke's Hospital on December 11.

Later the ombudsman’s report into her death concluded he was let down by every NHS organisation tasked with her care.

Emma was described as “frighteningly clever” but was struck down with anorexia when she was just 13 and died last August at 27.

She died at her home in Cambourne just days after discharging herself from a two-month stay in Addenbrooke’s Hospital, Cambridge.

Her dad Simon said: “Emma’s story is horrendous – what she went through for 15 years, the suffering she endured, is almost unimaginable.”

Madeline had wanted to become a doctor and was studying medicine at Edinburgh University but she died, aged 18, last March at Peterborough City Hospital.

Maddy, as she was known to her family and friends, had spoken about either becoming a surgeon, an expedition doctor or a paediatrics specialist.

Sally Pinnegar, a family friend, said: "Eating disorders slowly destruct, mentally and physically, but to be taken seriously by a doctor it seems one literally has to be stretchered in to their office, and even then it's a lottery."

Maria started battling anorexia when she was just 12 and died aged 24 at Addenbrookes Hospital last August.

A friend told the Telegraph she had been let down by the system.

The friend said: "They had chances to section her, but didn't.

"If she was given a drip, she would take it out.

"It seemed they gave her too much leeway.

"Those treating would tell her friends that she had rights that had to be respected. At the same time, I heard them telling her that she was killing herself.”

Her parents, Daniel and Jenny, said they and her son, Ussi, were “heartbroken” by her death.

He told the Sunday Telegraph: “It’s pretty clear to us that there have been systemic failings.

“Services are worse than when Averil died, not better.”

Simon Brown, 56, Emma’s father told the paper there were numerous ways his daughter had been let down.

He said: “Clinicians, GPs, private institutions… it carries on all the way through.

“We had to overcome difficulties caused by those that should have been trying to help her.

“In short, there is a massive failure in the system to deal with this illness and people are dying as a consequence.”

The ombudsman report into Averil’s death concluded every single NHS organisation involved in her care had failed her in some way when it was published in December 2017.

The report made five recommendations to improve the treatment of eating disorders nationwide but a Commons report 18 months later stated insufficient progress had been made.

The public administration and constitutional affairs committee (PACAC) chairman Sir Bernard Jenkin MP warned the government it needed to adopt a “sense of urgency” to halt the problem and the NHS should learn from its mistakes.

He said: “We cannot risk any more avoidable deaths from eating disorders.”

Over the last two weeks pre-inquest hearings have been heard for all five cases.

So far the Trust has spent £90,000 on legal fees in defending its reputation, a freedom of information request has revealed.

At the preliminary hearing into Emma’s death Kate Brunner QC, representing the CPFT said it did not have “a great deal of similarity with other cases”.

But Mr Brown said:  "From my engagement with other people that have been through similar experiences to myself, I would say there is a great deal of similarity with other cases – not just ones coming to fruition here, but across the country."

A spokesman for the CPFT said the death of any patient is a "tragedy".

He added though the assistant coroner at recent pre-inquest hearings had yet to make "findings, determinations or conclusions with respect to any of the five inquests, let alone with regard to any definitive links between them."

The spokesman said: "We are proud of the work our staff do and the Care Quality Commission recently rated our services as ‘good’ during its most recent inspection."

Mental Health Minister Nadine Dorries said it was “vitally important” that those in need got timely access to the right support.

She said: "We absolutely know that despite our very best efforts, we don't always get things right.

"The NHS is learning from times it has previously failed patients and following avoidable tragedies, we have taken great strides in transforming the nation's mental health services.

"While progress has been made, I’m not so naive as to not realise we still have a long way to go to ensure no one struggling with an eating disorder slips through the net.

“I vow to do all I can to ensure we see real change towards helping people to ultimately lead healthier and happier lives." 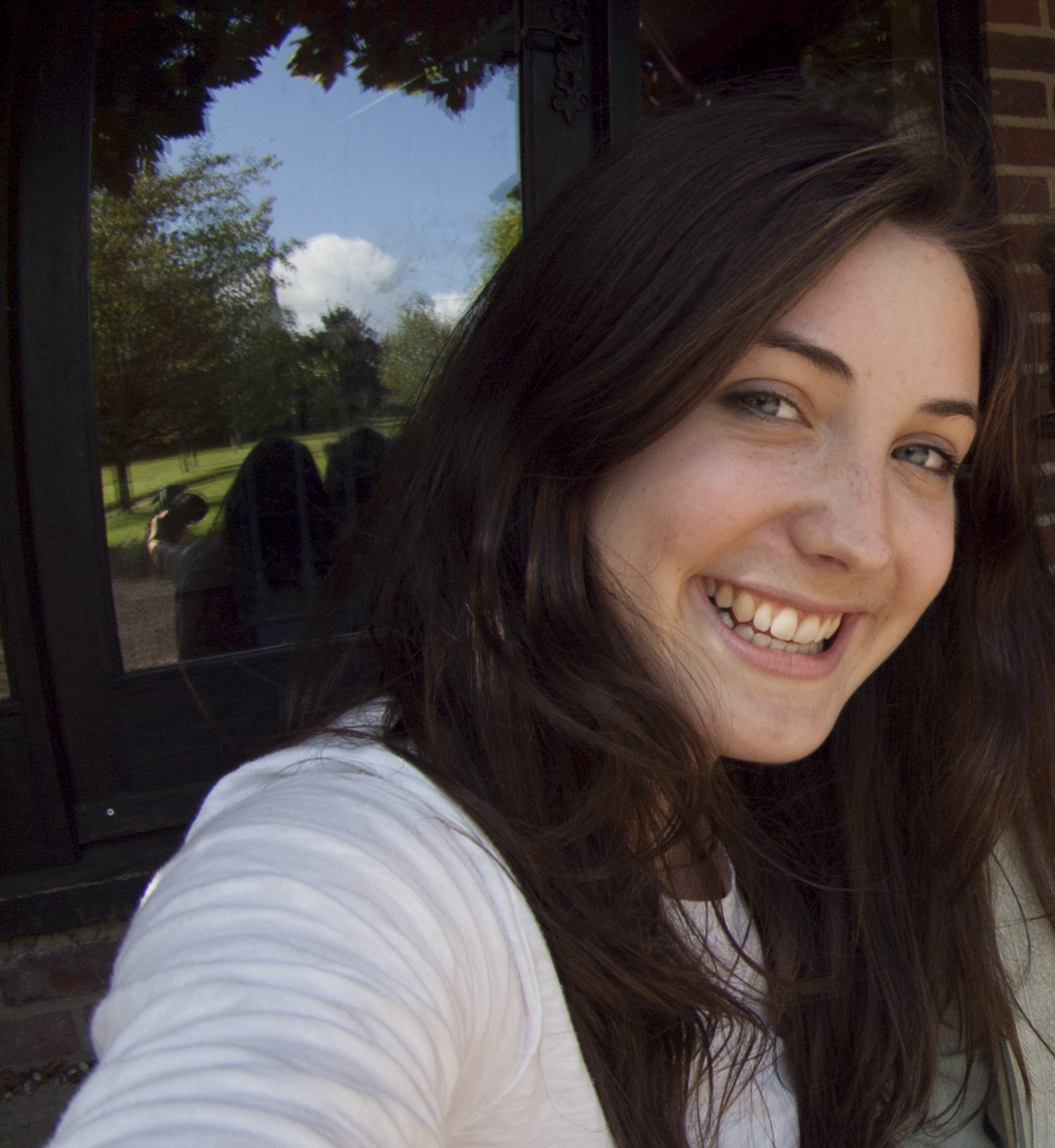 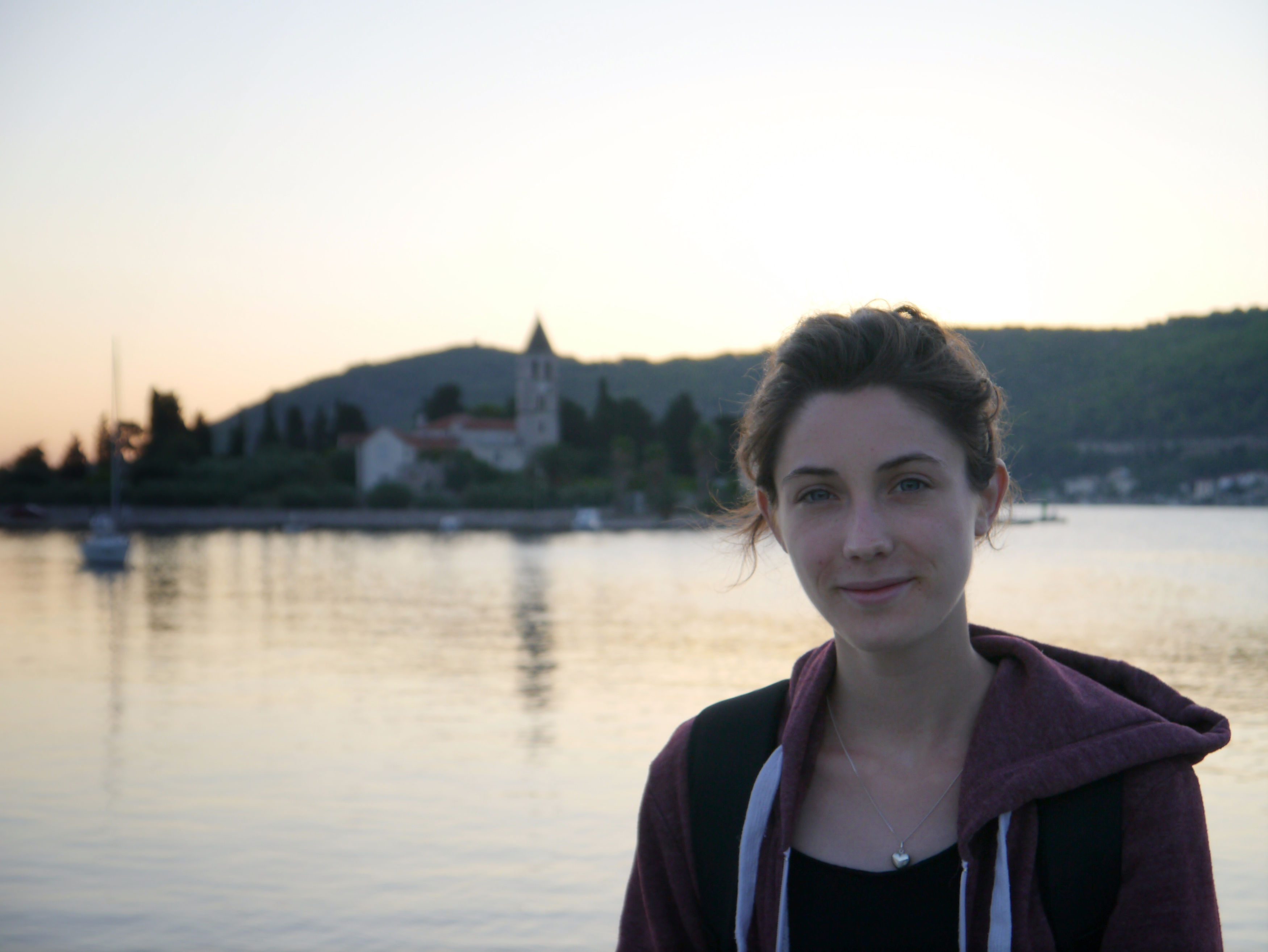