An ex-day care worker in Delaware pleaded guilty to first-degree murder and several child abuse charges for the suffocation death of a 4-month-old baby, the Department of Justice announced Wednesday.

A grand jury originally indicted 20-year-old Dejoynay Ferguson last July in the death of an infant and abuse involving four other children from July 16 to Sept. 5 of 2019.

An investigation by the Delaware State Police Homicide Unit found that Ferguson picked up the 4-month-old baby on Sept. 5, 2019, restricted the infant’s breathing with her hands until she was unresponsive, then placed the baby back into a crib. 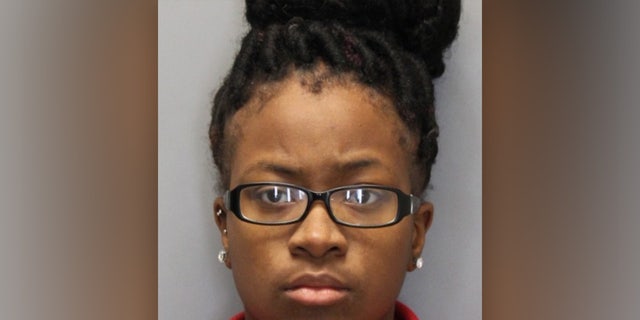 Dejoynay Ferguson, 20, pleaded guilty to first-degree murder and other child abuse charges in the suffocation death of a 4-month old in September 2019.
(Delaware State Police)

Ferguson then waited 20 minutes and told the owner of the daycare that the baby was no longer conscious.

She told police that she grabbed the baby because it was “fussy” and wouldn’t stop crying, according to Delaware Online.

Aside from that murder, police found multiple other child abuse incidents involving babies that ranged in age from 1 month old to 15 months old.

Following this week’s conviction, she faces 27 years-to-life in prison.