Deshaun Watson has about everything he could reasonably want at this point.

No criminal charges despite a group of two dozen women accusing him of sexual misconduct? Check. A trade to the team of his choice that has fully embraced him despite those allegations? Check. A new contract with more guaranteed money than any player has received in the history of the NFL? An emphatic check.

Watson still faces civil suits from 22 of his accusers and a possible suspension from the NFL (the Browns have ensured his finances will not be significantly hurt if he's suspended this season), but it's hard to imagine the last month going better for the quarterback.

Inversely, Watson's accusers have been dealing with the fallout of two Texas grand juries declining to charge him, and one of them has opened up about how that has felt in an essay published by The Daily Beast.

Watson accuser: Lack of charges 'opened a floodgate of abuse, slander, and libel'

Lauren Baxley, a licensed massage therapist who accused Watson of exposing himself to her and touching her with his penis multiple times, wrote that the lack of charges and Watson's resulting $230 million contract were "a crushing blow to survivors everywhere."

Baxley said the decision to not charge Watson has also created a torrent of abuse toward his accusers by people who treat a lack of charges as a complete exoneration, rather than a prosecutor or grand jury deciding there isn't enough evidence to proceed with a trial where the threshold is "beyond a reasonable doubt."

From The Daily Beast:

The choice to not indict Watson on our testimonies — that were deemed “highly credible” by prosecutors and the detectives who worked our criminal cases — opened a floodgate of abuse, slander, and libel toward us on the internet. The worst of the women-haters came out, declaring the no-bills proof that we were “prostitutes” all along.

The day before the grand jury convened to hear our testimonial evidence, a person named Coby DuBose tweeted his speculation that we plaintiffs would be charged with “misdemeanor prostitution,” which would be “funny” for our lawyers. His purported evidence that we were sex workers was based on the fact that many of Watson’s victims work and reside in Houston. DuBose went so far as to claim that his vile lies were the “prevailing sentiment.” Drew Davenport, defense attorney and “Footballguys” staff member, responded to these tweets by saying, “Excellent stuff.” When the prosecutors and grand jury failed us, tweets and comments of that nature multiplied exponentially.

The people Baxley calls out are among the many on the pro-Watson side of the schism that has opened up on social media, where a litany of other fans treated the Watson trade as just another seismic shift in the NFL.

Baxley accused such fans, as well as the Browns, of "evil" for pretending Watson has been deemed innocent, implying an NBA player to be guilty as well:

A failure to charge or convict of a crime does not equate to innocence. Watson, his fans, and the Cleveland Browns pretending it does is not only ignorant, it is evil. I would include a certain NBA player along with the other disappointing excuses of men who in one breath may bring awareness to the struggles of marginalized Black women, and in the next praise the elevation of a man who abused dozens of them.

I would never expect a public figure to side with Watson’s victims. However, I do ask that anyone with a responsibility to uphold basic morality simply shut their mouths and log off Twitter when they are tempted to show him support.

Judging from Baxley's words and a tweet from a Daily Beast editor, that "certain NBA player" is believed to be LeBron James, the Los Angeles Lakers superstar well-known for his philanthropy and activism. James, a Browns fan, tweeted enthusiastically about the Browns' new quarterback as soon as the news hit.

The Browns have defended their decision to acquire Watson by claiming they did their homework on the allegations, though it has since been reported they didn't reach out to any of Watson's accusers and their attorney.

In doing so, Baxley believes the team may be making the same mistake she did when she first met Watson.

The owner of the Browns insisted they “got comfortable” meeting Deshaun Watson before awarding him with his record contract. I will admit, Deshaun Watson also ensured I felt comfortable before he trapped and assaulted me in a massage session he had promised beforehand was going to be “professional” and “non-sexual.” That’s what ambush predators do. They disguise themselves as something they are not. 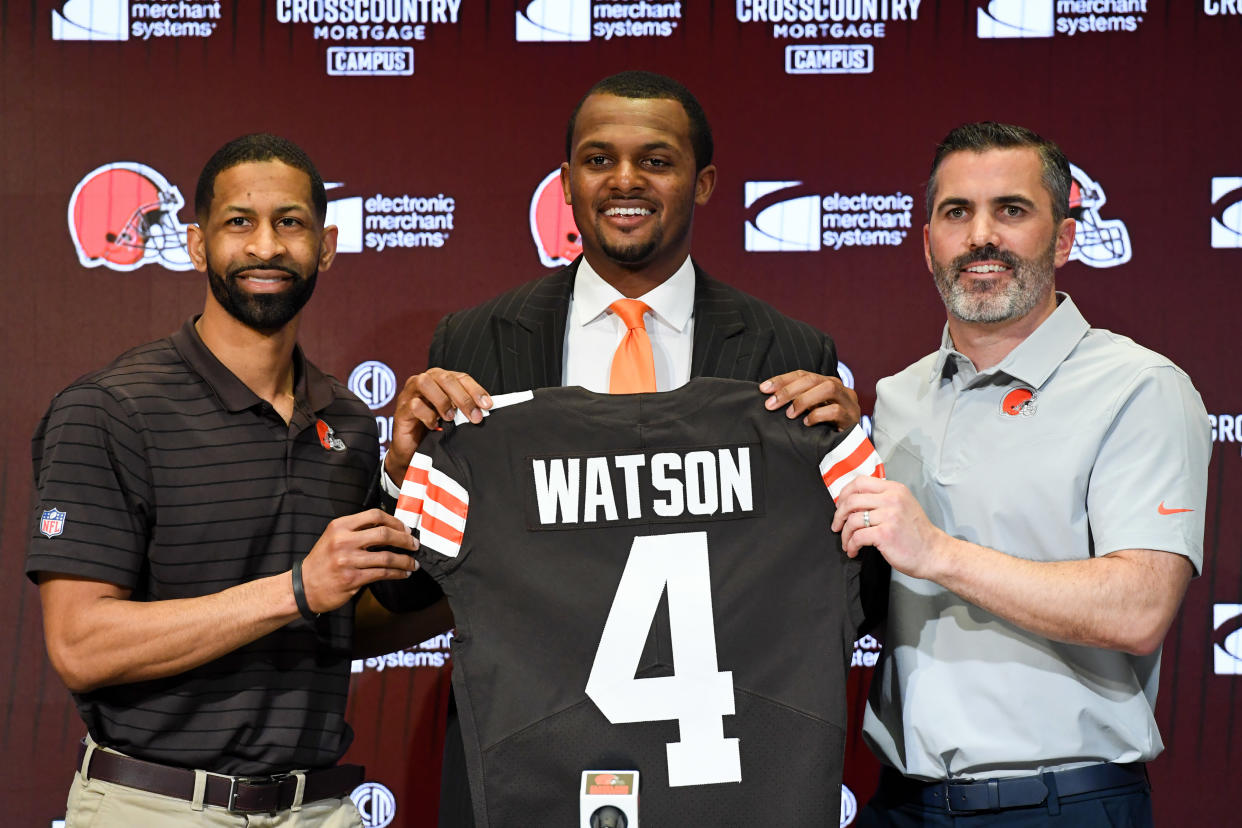