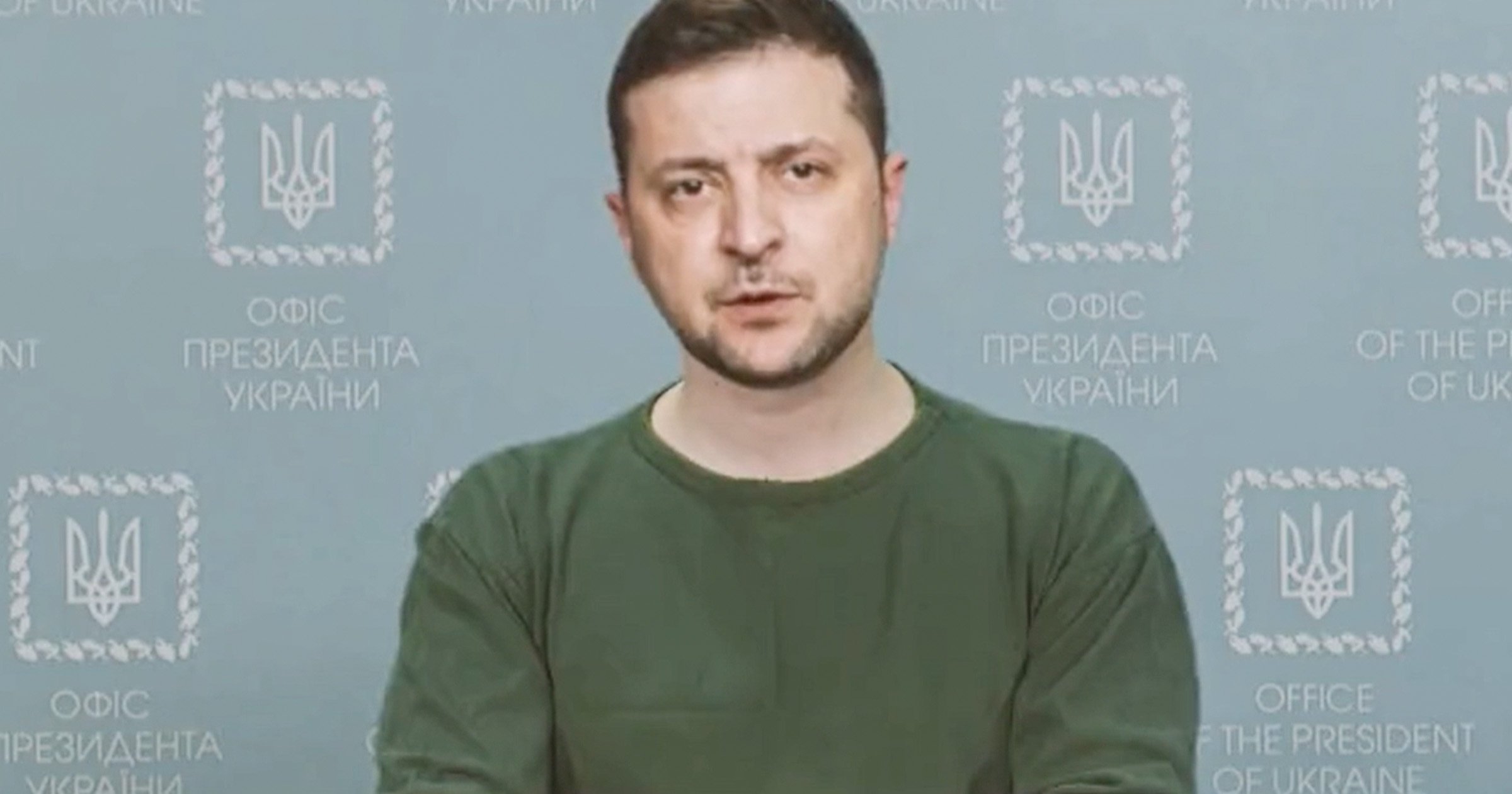 Ukraine has accused Russia of preparing to launch a ‘deepfake’ of President Volodymr Zelensky.

Authorities have alleged the deepfake will depict Mr Zelenksy making a statement on the war during which he will express a negative attitude towards certain cities.

Deepfakes are manipulated videos or images that use artificial intelligence to make false media that purports to be genuine.

The disinformation can be used make events that never happened appear real, place people in certain situations they were never in or be used to depict people saying things they never said.

Posting a warning on Twitter the Ukrainian Parliament said: ‘Russia plans to launch a new deepfake with President Zelensky.

‘In a fictitious statement, the president will allegedly express “his negative attitude towards Ukrainian cities, in particular to Mariupol,” according to the Center for Information Security.’

âï¸ WARNING
Russia plans to launch a new deepfake with President @ZelenskyyUa.
In a fictitious statement, the president will allegedly express “his negative attitude towards Ukrainian cities, in particular to #Mariupol,” according to the Center for Information Security.#StopPutin

Deepfakes have already been used by both sides on the war in Ukraine.

Last month a deepfake video of Vladimir Putin declaring peace was shared on Twitter before it was quickly taken down.

Similarly, a deepfake video of Mr Zelensky telling Ukrainians to put down their weapons was removed from Youtube and Meta.

The deepfake also appeared on the Ukrainian TV network Ukrayina 24 during a live broadcast, with the network later saying it had been hacked.

Before the previous deepfake’s publication, the Ukrainian Center for Strategic Communications had warned Russia may use deepfakes to convince Ukrainians to surrender.

However, the footage, which showed Mr Zelensky behind a podium appearing to make a statement, was quickly debunked due to its crudeness.

The president’s head was too big for his body and his face pixelated.

At the time the real Mr Zelensky called the disinformation a ‘childish provocation’.

However, experts have warned future deepfakes may be more sophisticated.