STIRRING pictures capture the extreme lengths desperate Venezuelans go through to find lost treasure which they will try and sell for cash.

Each morning locals flock to River Guaire's dirty waters, in the country's capital, Caracas, to grab anything that falls through their fingers, be it the back of an earring, a lost ring or other bits of precious metal. 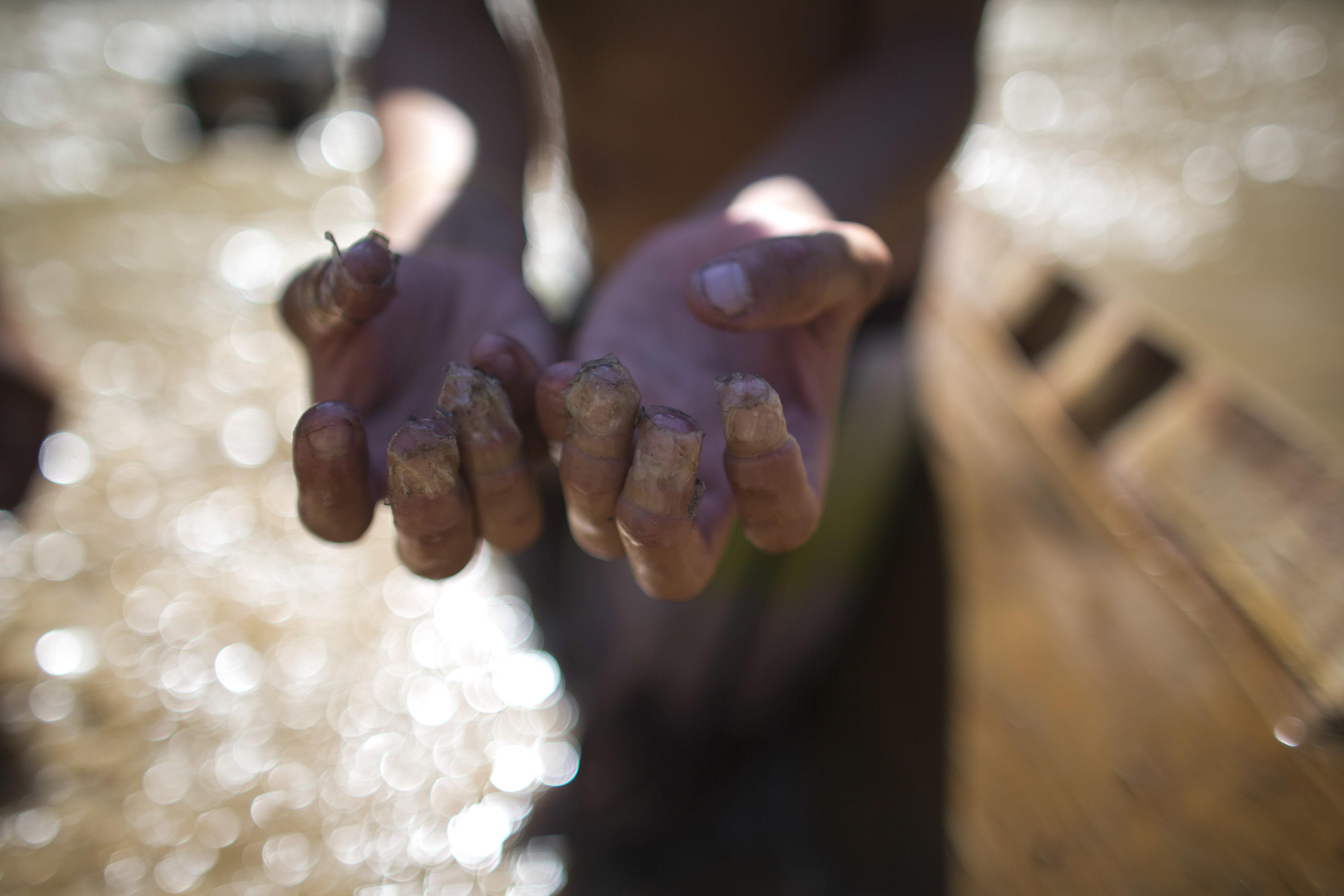 A worsening economic crisis has left locals, who once lived in the richest country in South America, scavenging.

Food has become increasingly hard to find or afford. An estimated 75 percent of Venezuelans lost an average of 19 pounds (8.7 kilograms) last year, according to one recent survey.

Angel Villanueva who waded into the Guaire River for some treasure was pictured raking his hands across the bottom of the shallow waterway.

The 26-year-old who scavenges alongside two others said: "Working in the Guaire isn't easy. When it provides, it provides. When it takes, it takes your life." 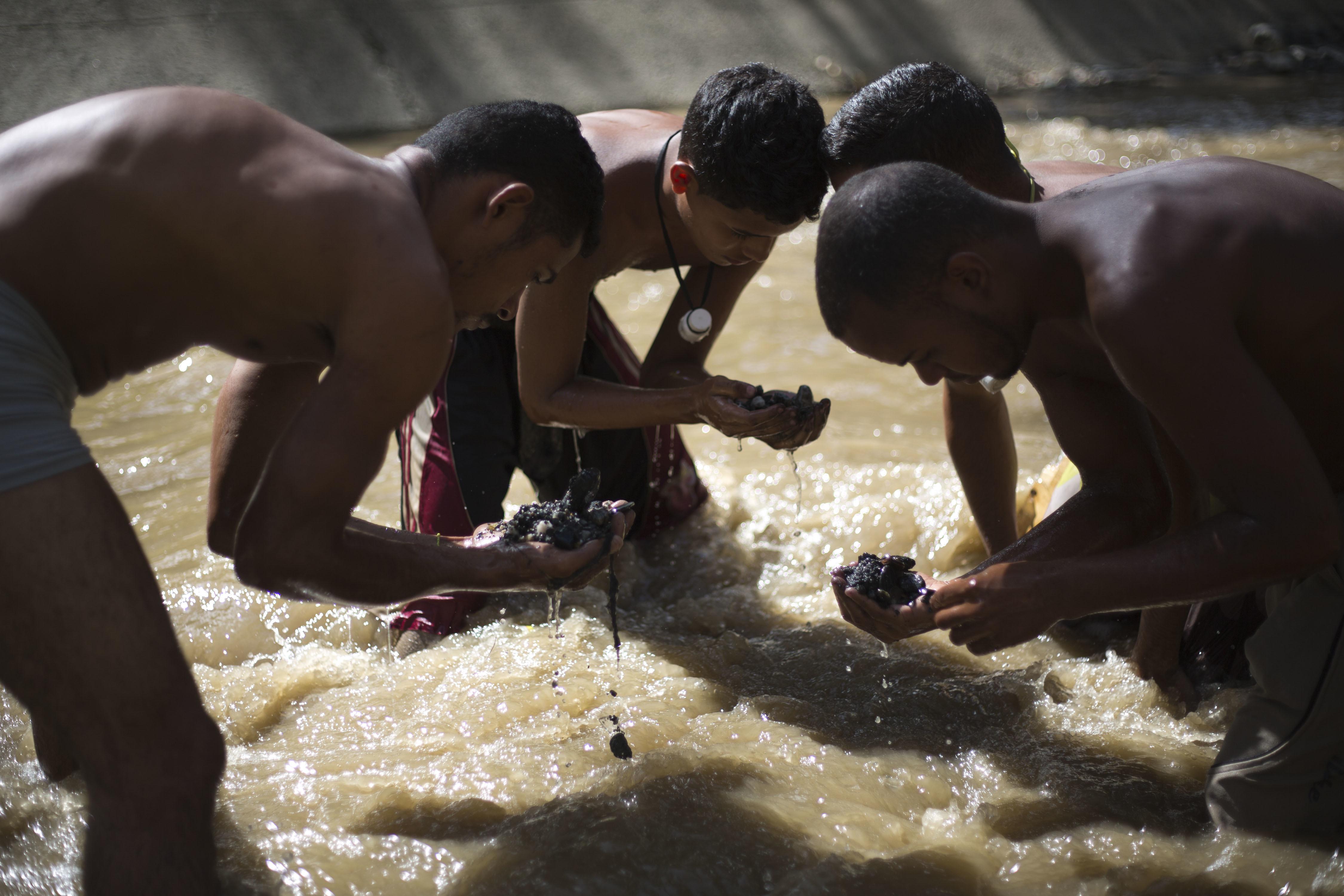 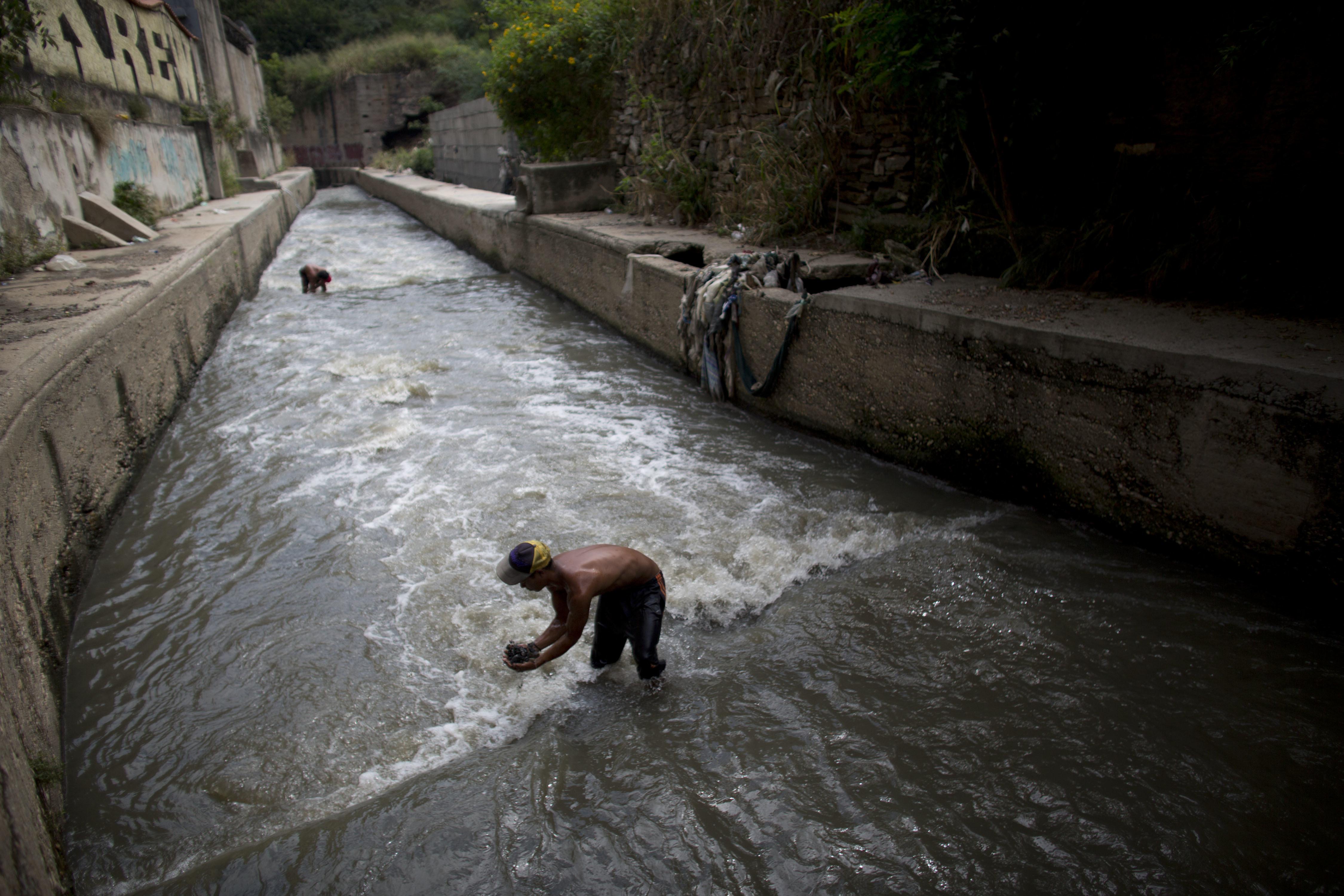 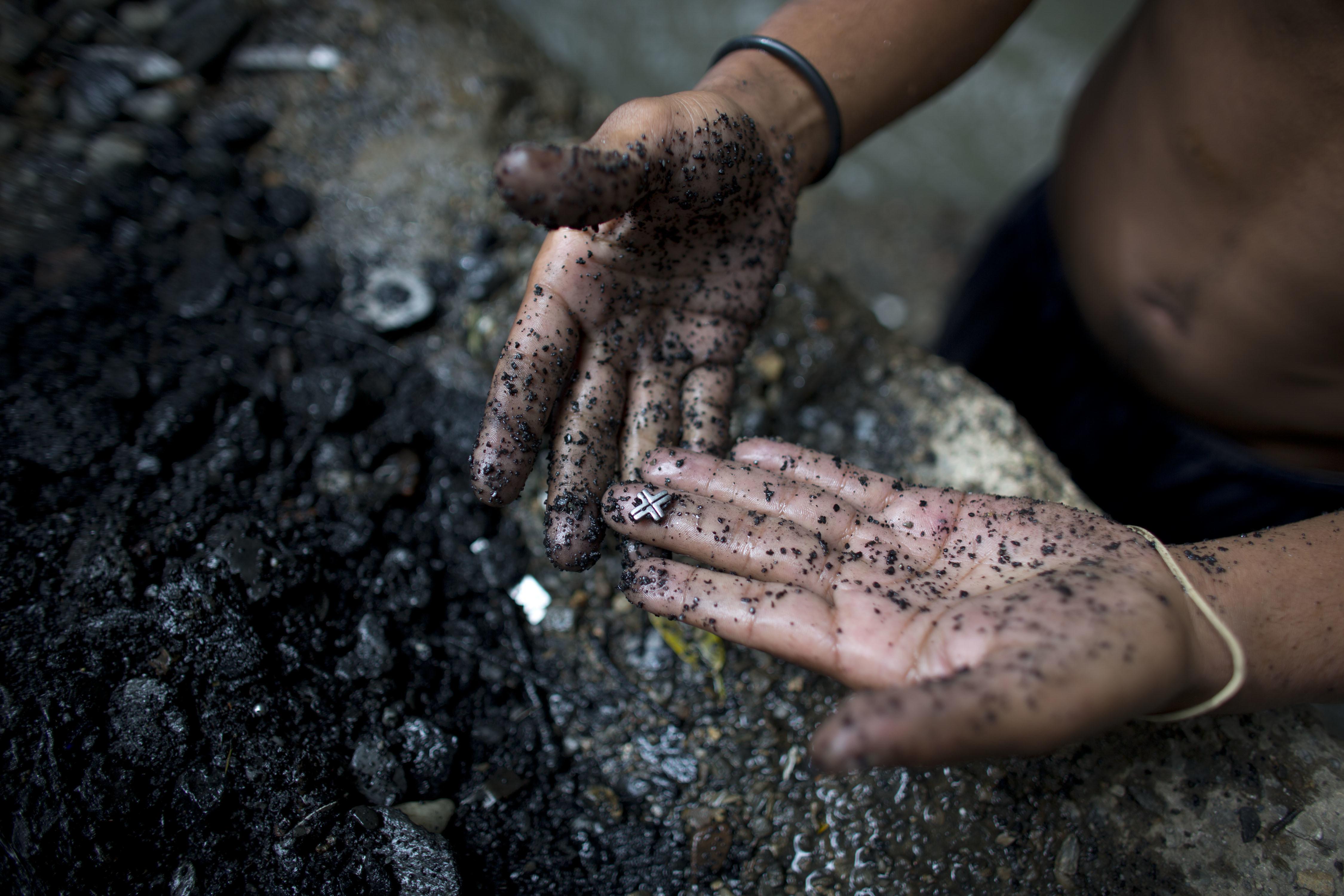 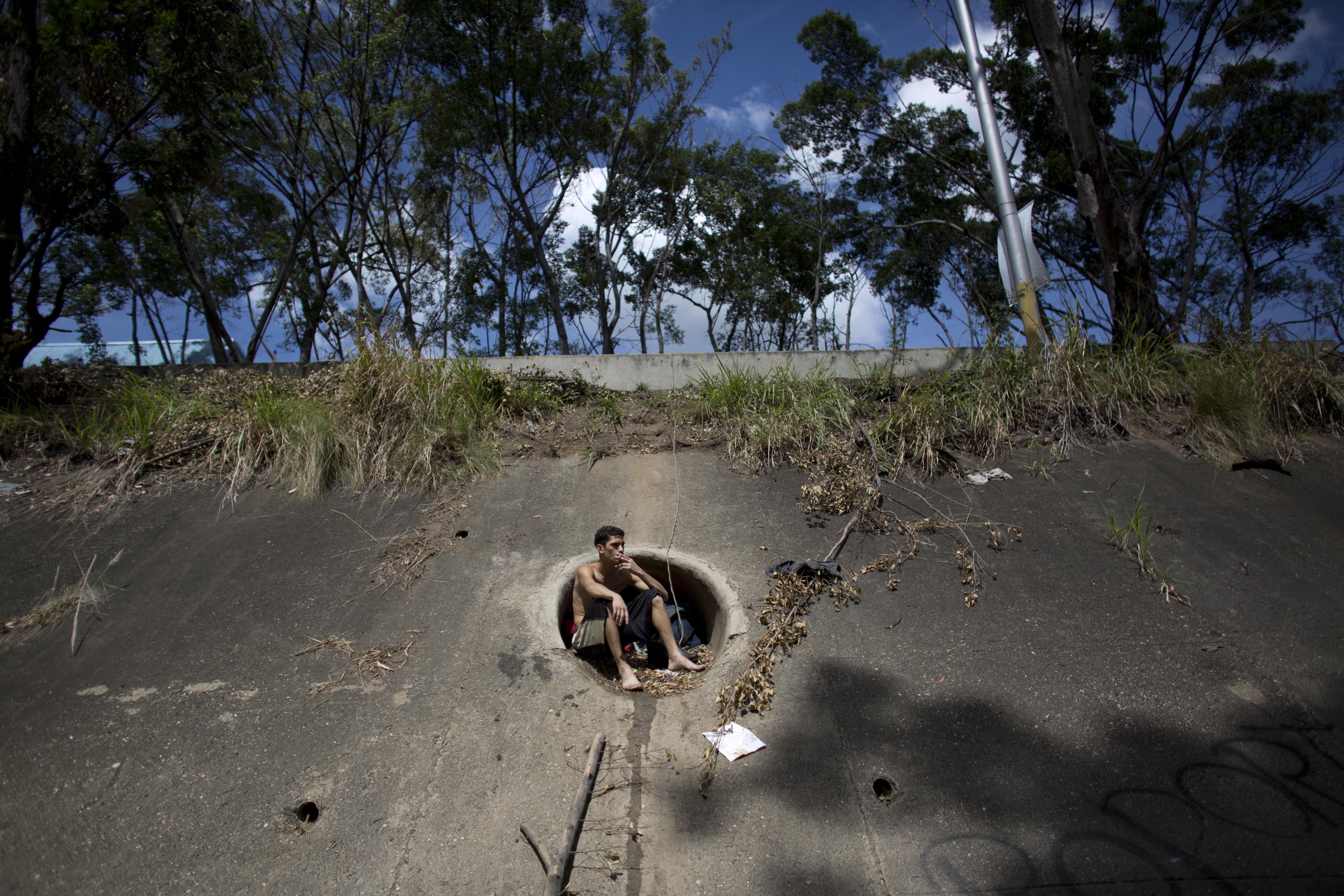 Images of poor Venezuelans eating from piles of rubbish in the city Caracas have come to symbolise the worsening living conditions in the country.

While they work extremely hard to survive, at times they appear to be playing shirtless and laughing in the water, notoriously filthy and filled with industrial waste. 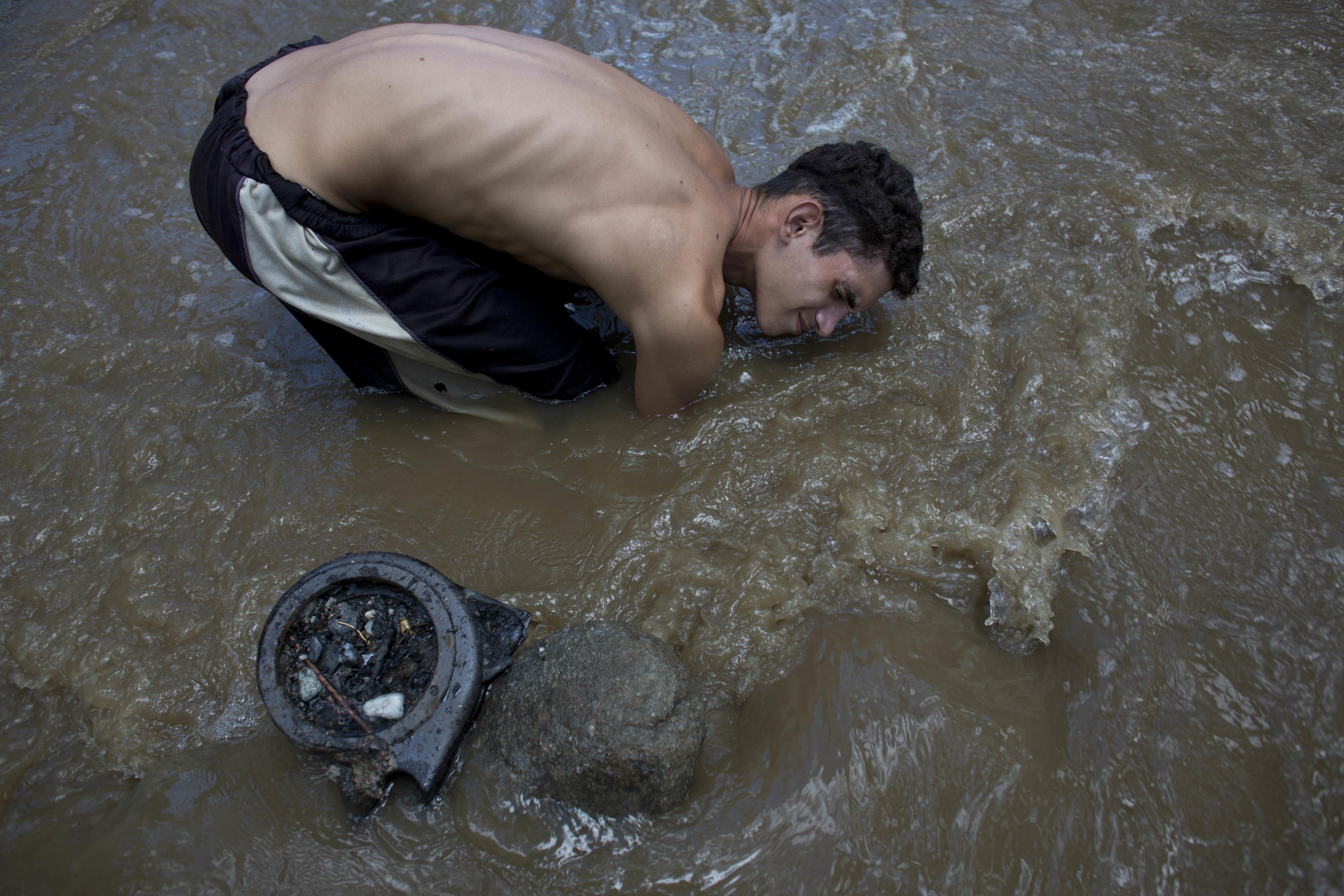 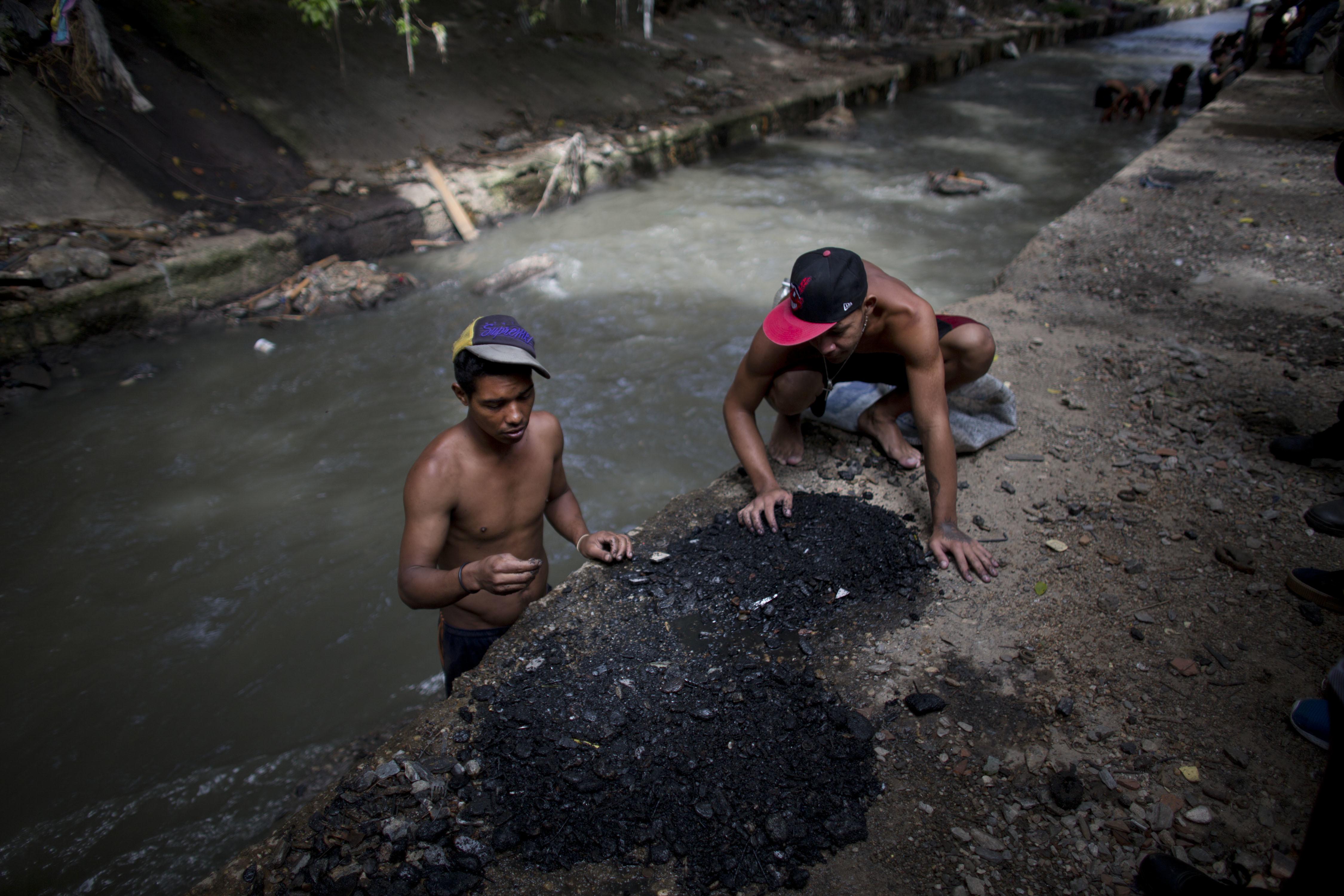 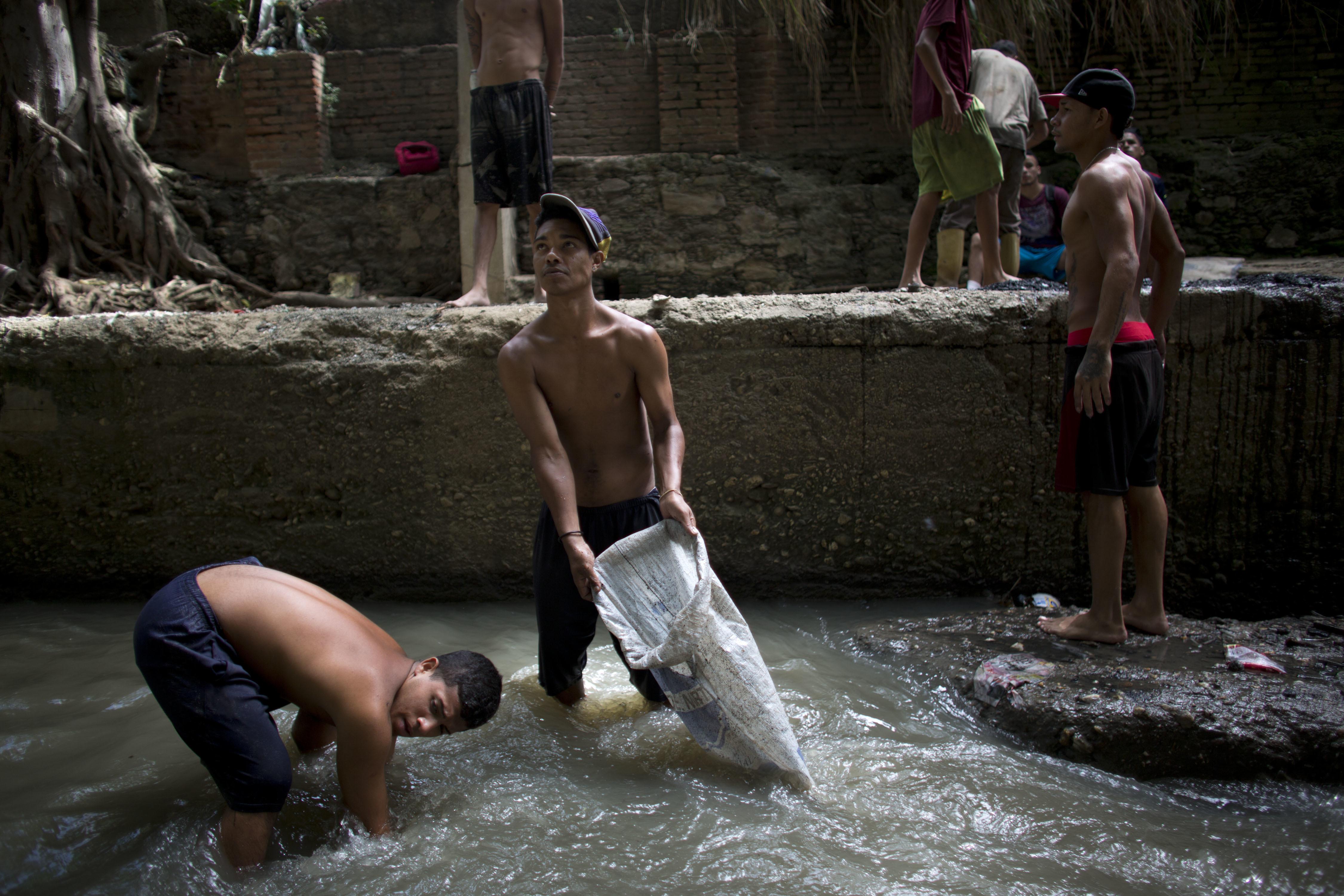 Some stretches of the river smell of sewage while others emit a toxic odor reminiscent of fuel, a stench that stays in your nose for hours after leaving its banks.

Another scavenger working with Villanueva wears a plastic pill bottle strung around his neck, holding his finds. 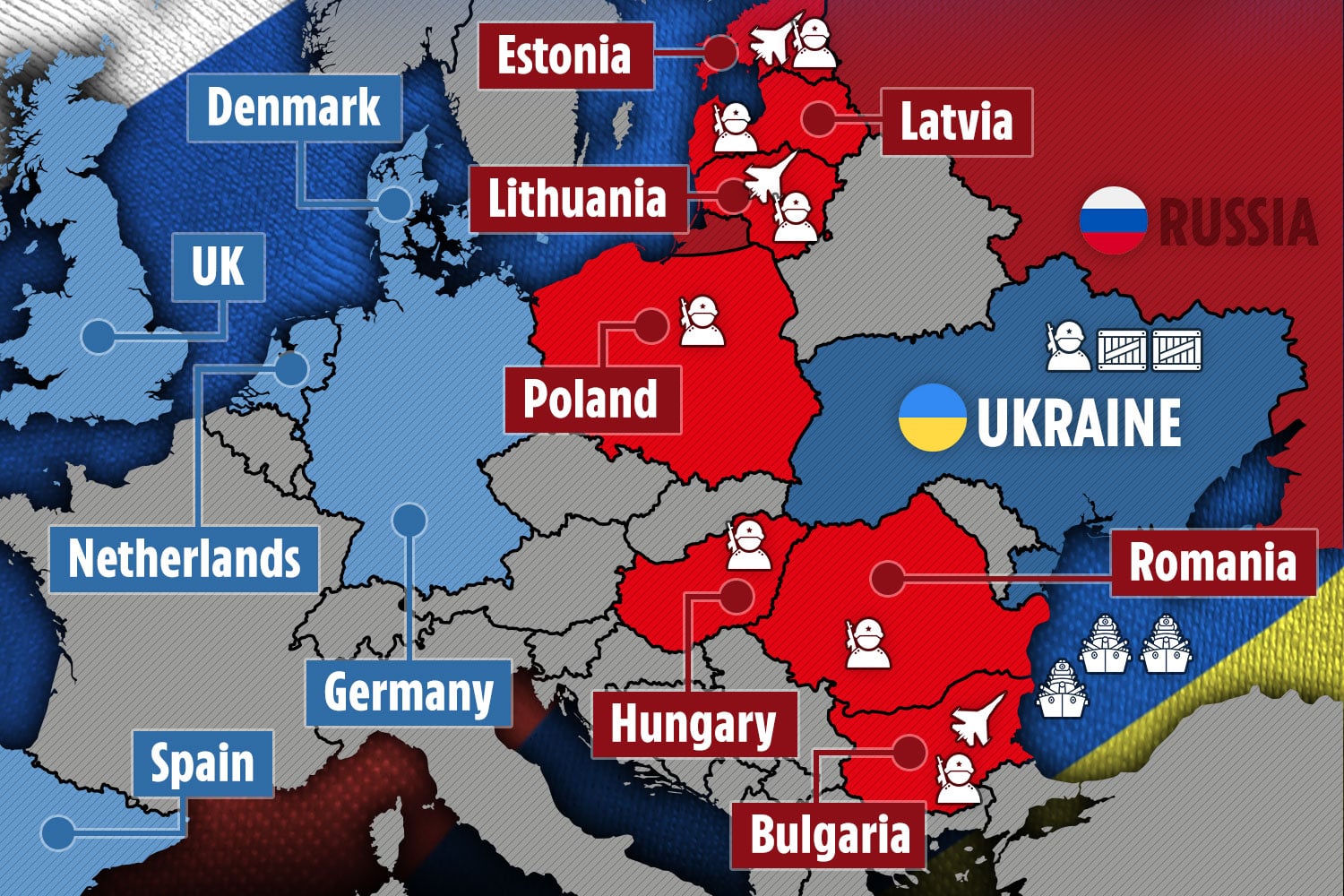 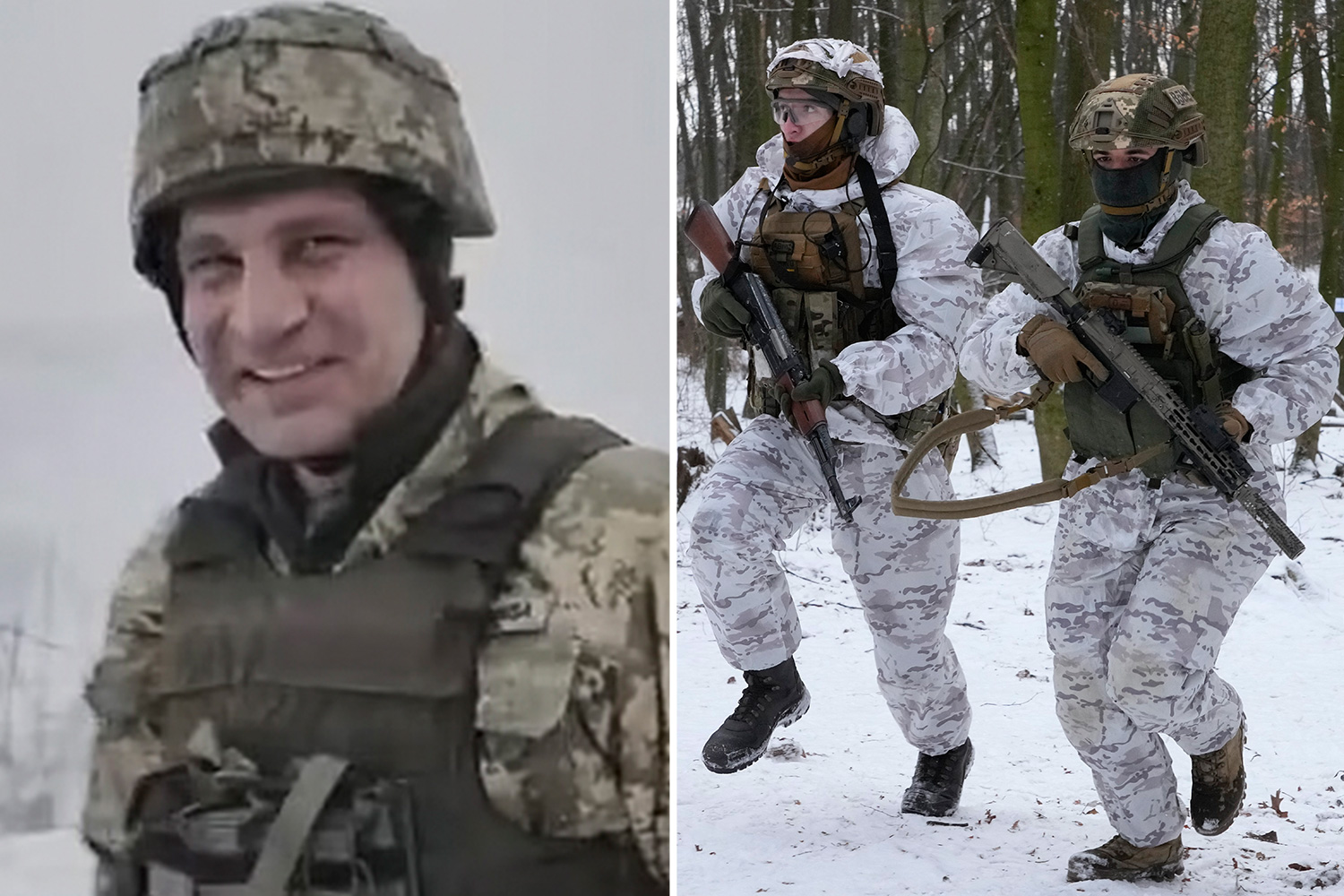 He pours into his palm broken links of a keychain and an old coin, possibly worth something in Bolivar Plaza, where vendors offer cash for gold.

Alejandro Velasco, a native of Caracas and professor of Latin American history at New York University said: "As long as I can remember, the Guaire was this open sewage.

"It certainly seems to reflect the depth and extent of the desperation that this particular crisis has spawned."