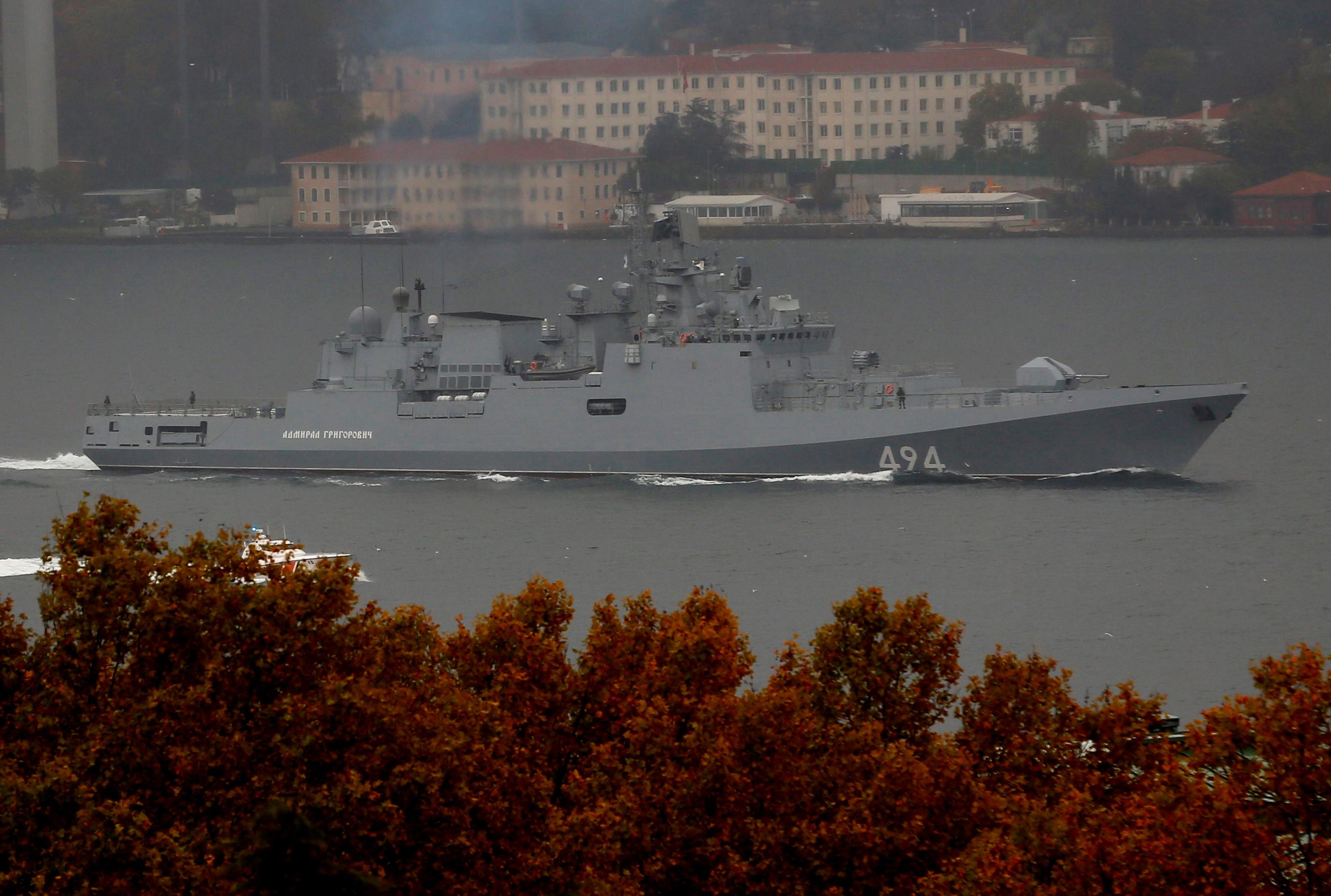 The unfinished husks of three guided-missile frigates that have languished for three years at a Baltic shipyard show that is easier said than done.

Earmarked for Russia’s Black Sea Fleet, the frigates fell victim to sanctions imposed by Ukraine in 2014 after Russia annexed the Crimean peninsula, prompting Kiev to ban the sale of the Ukrainian-made engines needed to propel them.

With Moscow unable to quickly build replacement engines for the Admiral Grigorovich-class frigates, construction stopped. Russia is now cutting its losses and selling the three ships to India without engines.

The navy’s problems stem largely, but not exclusively, from the Ukrainian sanctions. There are also problems, for different reasons, with new equipment for the army and air force.

The picture that emerges is that Russia’s armed forces are not as capable or modern as its annual Red Square military parades suggest and that its ability to project conventional force is more limited too.

“You need to always distinguish between reality and the shop window,” said Andrei Frolov, editor-in-chief of Russian magazine Arms Exports.

Western diplomats and military experts say Putin has long projected an image of military might to strengthen his and Moscow’s image at home and abroad, but that Russia is overhauling its military far more slowly than China.

“Moscow’s problems mean its ability to project conventional military force — something it is doing in Syria and has done in Ukraine — is not as great as the Kremlin would have the world believe,” said one Western official with knowledge of Russia’s military.

In a speech on Wednesday, Putin did not mention the navy’s engine problems, focusing instead on how it is due to receive seven new multi-purpose submarines ahead of time and 16 new surface ships by 2027.

Defense spending has risen sharply under Putin. But Russian officials and military experts say Moscow has a shortage of modern factories and skilled labor and does not have the available financial resources needed to reverse decades of post-Soviet decline as quickly as it wants.

That does not mean Russia’s military is not a force with which to be reckoned. Some of its hardware, such as its S-400 air defense systems, is world-class. Putin has also spent heavily on missile technology, unveiling new hypersonic systems.

But Russia’s air force and army, like its navy, are experiencing re-armament problems. Its new stealth fighter first took to the air more than nine years ago and a super tank made its Red Square debut almost four years ago. Neither is due to be deployed in large numbers soon, government officials say.

The program to build Russia’s most advanced stealth frigate, the Admiral Gorshkov-class, has been paralyzed by sanctions — even before the sanctions hit it took 12 years to build the lead ship, which entered service last summer.

Russia hopes to add 14 more such ships to its navy, but has no engines for 12 of those vessels.

Moscow is trying to develop its own gas turbine engines and its own full-cycle manufacturing base.

That task has been handed to aircraft manufacturer NPO Saturn, which is part of Rostec, an industrial conglomerate run by Sergei Chemezov, who served as a KGB spy with Putin.

Ilya Fedorov, Saturn’s then director, said in 2014 he had concerns about costs, and the company failed to deliver the first engines to the navy in 2017.

Fedorov told the Russian news agency Interfax at the time that “all our ships run on these turbines, and if we don’t make our own everything will grind to a halt.”

Fedorov is no longer with the company. Viktor Polyakov, Saturn’s current director, said early last year that prototypes of its three new engine types had passed tests and that serial production had begun.

Chemezov told Reuters at a military exhibition in Abu Dhabi this month that an undisclosed number of engines had been handed to the navy. But none has yet been fitted to the frigates.

Saturn says it has received initial orders from the Ministry of Defense. But one source close to the matter said the ministry had not yet guaranteed how many engines it would buy.

Alexei Rakhmanov, head of Russia’s United Shipbuilding Corporation, said in December that the first Russian-made engine should be fitted to the fourth of 14 more planned frigates in the “very nearest future.”

Even if that happens, Igor Ponomarev, the head of the St Petersburg shipyard making the new stealth frigates, says that vessel is not due to be ready before the end of 2022. The rest of the program is likely to stretch into the 2030s.

Moscow had initially been expected to procure about 150 of the fifth-generation Su-57s, but defense industry and government officials say they now expect just one plane, the first serially-produced aircraft, this year. A further 14 may follow.

Experts say the costs of mass-producing the new plane are simply beyond Russia.

Oleg Sienko, the then director of the factory which produces the new T-14 Armata battle tank, said in 2016 Putin had approved the purchase of 2,300 Armatas. Since then, various prototypes have been tested, but the tank had to be reworked. 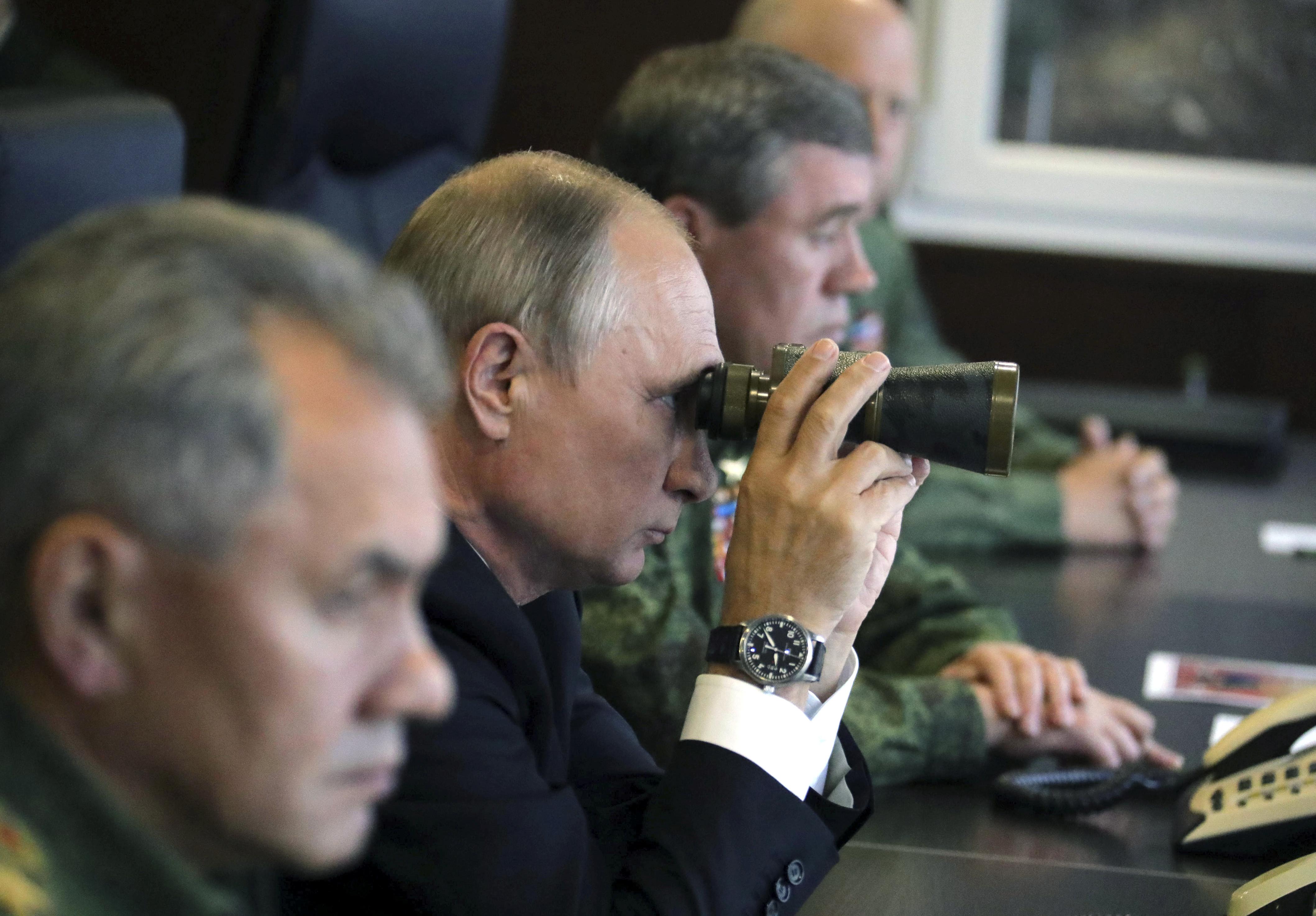 The army will receive the first 12 serially-produced tanks of around 100 only by the end of this year, Defense Ministry sources told daily newspaper Izvestia this month.

Dr Richard Connolly, a Russia specialist at the University of Birmingham, said Moscow’s military might should not be underestimated but Russia was still suffering from the legacy of an economic crisis that followed the Soviet Union’s collapse, hitting state arms orders and the military-industrial complex.

“It’s not as easy as simply saying, ‘Right, we’ve got the money, so go and make it happen’, because a lot of the shipyards have rusted,” Connolly said.