As the world of football comes to terms with the news one of its greatest has died, Argentinian sports writer Marcela Mora y Araujo tells Sky News why his impact goes far beyond the pitch.

As news broke that Diego Maradona had died at the age of 60 it wasn’t only South America that went into mourning.

“There will be a massive outpouring of grief worldwide,” said Mora y Araujo. 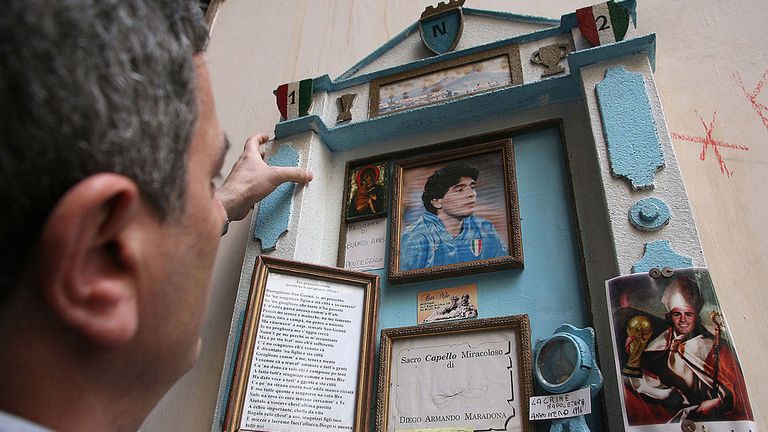 The football writer and broadcaster has spent many years watching, and travelling with, the Argentinian legend and said that while undoubtedly one of the world’s greatest, he was also an “antagonistic” figure who divided some.

“I have been with him in really remote places and there is a respect and a reverence for him that is completely universal. I have seen it in posh restaurants in Kensington, as well as in remote parts of India, Bangladesh – it’s a universal adoration,” she said. 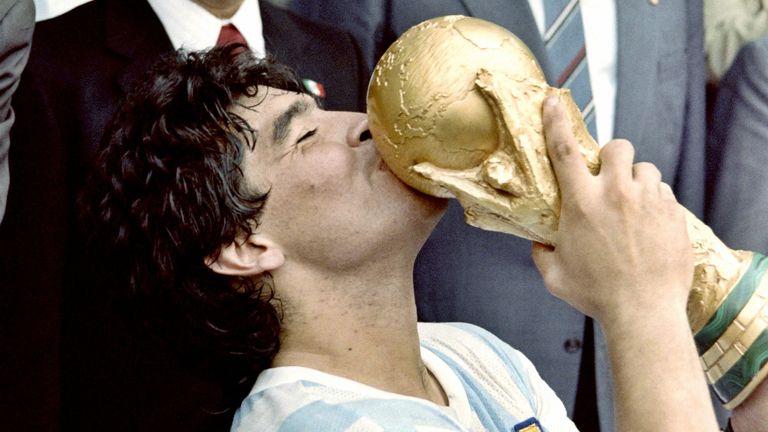 “Those of us who love football tend to really love Maradona.”

But she added there were two sides to the legend’s world – off the pitch he struggled with substance abuse.

“There’s everything he did on the pitch – which is absolutely extraordinary – and then there is this incredibly complicated, traumatised and achingly human person that was somehow also always in the limelight.

The sporting world pays tribute to a legend

“His turbulent personal life has been played out – the substance abuse, his incredible poverty, all of it played out in public – including his demise.”

Mora y Araujo, who translated the player’s autobiography El Diego into English, said that given his recent medical problems his death should not have come as a surprise and yet it felt like “an absolute shock”.

She said in social media chat rooms, forums and sporting websites people were outwardly “weeping” at the news.

“He was a very antagonistic figure – a lot of people were not quite so enamoured at the celebrity he had become – but for the player and the man that brought so much joy and beauty to the most noble game there will be a massive outpouring of grief on quite some scale.”

Argentina’s President Alberto Fernandez has said there will be three days of national mourning in the country for Maradona.