A dinner lady who scooped £1million on the lottery has today revealed how she kept the win a secret from her family for five weeks – and plans to return to work despite the life-changing jackpot.

Paula Williamson bought the winning EuroMillions ticket from Morrisons and walked around with it in her purse for more than a week before realising it was worth a million pounds.

The 59-year-old told her husband Geoff, 68, but the couple chose not to tell their sons Ian and Jack, who live with their parents at home in Yorkshire.

Mrs Williamson wanted to wait until Jack returned from a trip to Australia before she told him and his brother the news.

Jack, 26, only found out about the fortune this morning when he walked into a hotel to find his mother drinking champagne and brandishing a giant cheque for £1million.

The family now plan to treat themselves to a mini-break to Spain and a new three-piece suite. 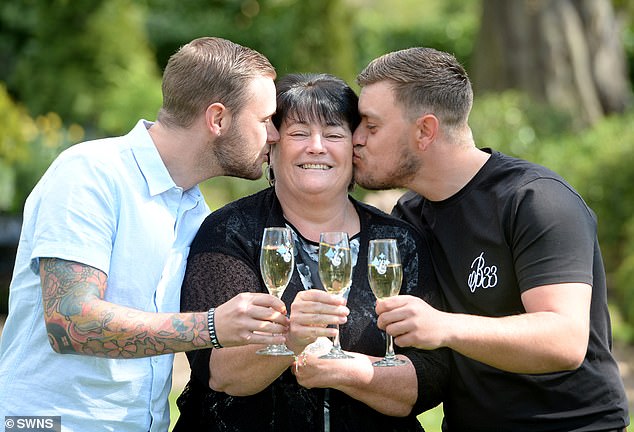 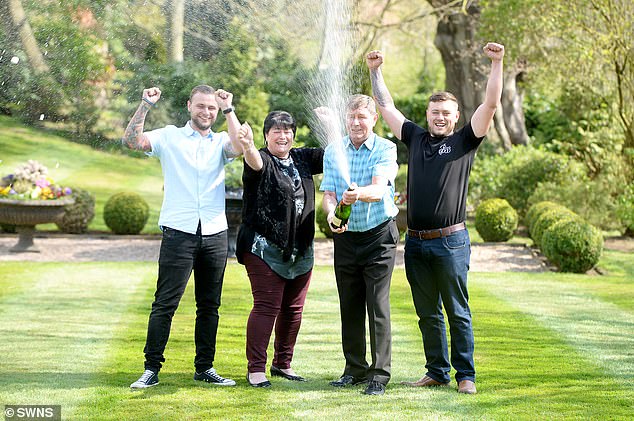 The 59-year-old told her husband Geoff, 68, but the couple chose not to tell their sons Ian and Jack, who live at home

The brothers thought they were attending a presentation for their mother at the Wentbridge House Hotel today to mark 20 years of service at a local school – but were greeted by Camelot staff.

Mrs Williamson said she kept the news a secret for five weeks so they could all be together as a family and share the celebratory moment.

The couple, who have five grandchildren between the ages of two and 13, currently live in a three-bed semi which retired lorry driver Mr Williamson has been in since 1980. 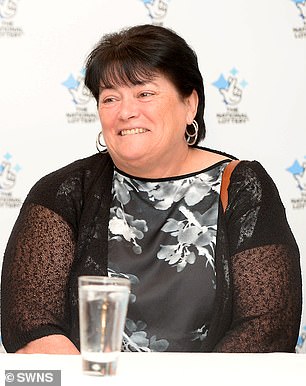 She now plans to buy a house each for Jack, a bus driver and father-of-two and Ian, 24, a ground worker and father-of-one, because they both still live at home and she wants to ‘get rid of them’.

Mrs Williamson usually buys a EuroMillions lucky dip ticket once a week while shopping in the supermarket with her husband of 23 years Geoff.

She bought her winning EuroMillions ticket from Morrisons in Dearne Valley Parkway, Barnsley, South Yorkshire, and scooped the win from the special EuroMillions draw on March 1.

She said: ‘There is no way we could have celebrated without our two sons being with us.

‘I did tell Geoff because that would have been so hard to keep the winning news from him, but we both decided we wanted to tell Jack and Ian at the same time.

‘It was tough being in the same house as Ian and keeping it from him but we did it. We just tried to keep ourselves as occupied as possible. I let it go over my head and forgot about it. We didn’t speak about it much.

‘Celebrating the winning moment is something we wanted to ensure we would remember forever.’ 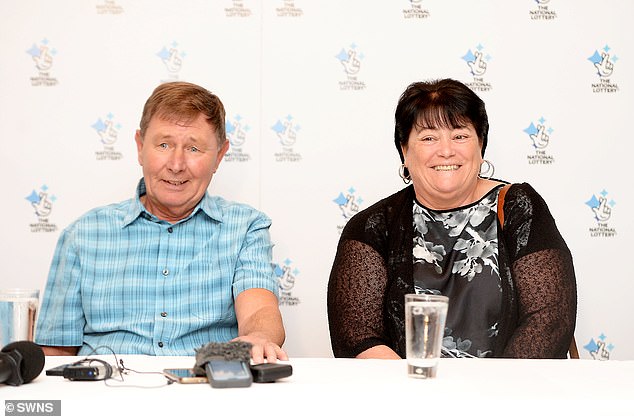 Paula Williamson and her husband Geoff during a press conference at the Wentbridge House Hotel, Pontefract, today

The family, who holidayed in Benidorm last year, have not yet celebrated the newfound fortune but may take a mini-break in Spain.

Mrs Williamson has vowed to carry on working as a dinner lady at The Hill Primary Academy and plans to tell her colleagues about her big win when she returns to work tomorrow.

She said: ‘When I left yesterday I said ‘I’ll not see you tomorrow, I’ll see you on Wednesday’, so a friend said why what are you doing, you’ve got a glint in your eye’. I said I will tell you Wednesday.

‘We are not going to rush into anything. We are just going to take time to think. This win takes away any money worries and gives us so many options and opportunities.’

Mr Williamson, who also has two daughters, Donna, 44, and Karen, 39, says an updated Skoda Octavia is top of his list of priorities. 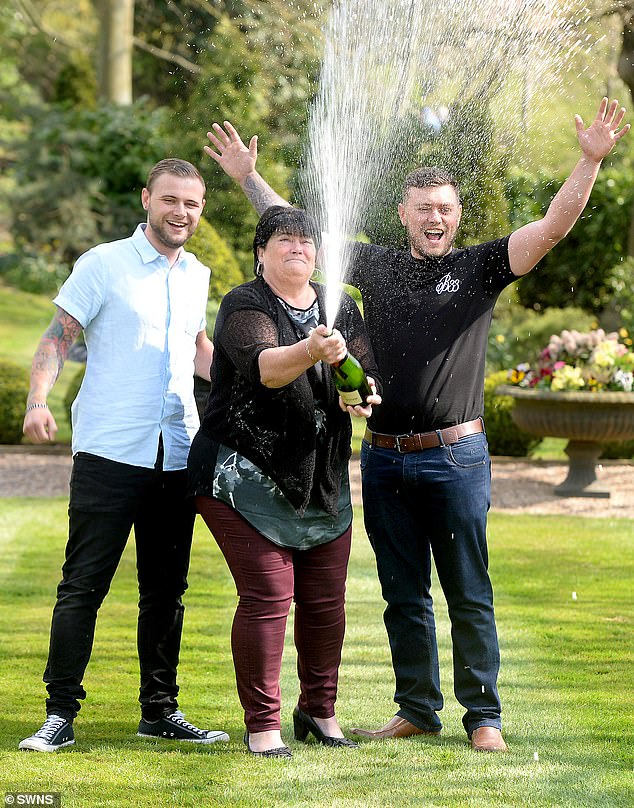 From left: Jack, Paula and Ian. The brothers, who both live with their parents, are now looking forward to owning their own homes

Mrs Williamson added: ‘I always buy a EuroMillions ticket when I do my weekly shopping and at the same time check my ticket from the previous week.

‘When I got to the till to check my ticket the machine made a noise and the shop assistant said I had won more than £500 so she couldn’t pay out.

‘I was really excited and thought I had probably won around £550. That would be a nice deposit for the new three piece suite I had been dreaming about buying.

‘I immediately rushed home and called Camelot. The lady on the phone said to me, “are you sitting down? You have won £1m!”

‘I couldn’t believe it. In fact, I still can’t. The news really is still sinking in. I keep having to pinch myself and tell myself that I really am a millionaire.

‘I cannot believe I was walking around for a whole week with £1m in my purse desperately saving for the new three-piece.’

Ian said he never thought he would be able to afford his own home. He said: ‘I have been self-employed since July last year but I have always been on the books.

‘When I phoned NatWest up to see if I could apply for a mortgage they said I would have to wait at least two years for a self-assessment.’